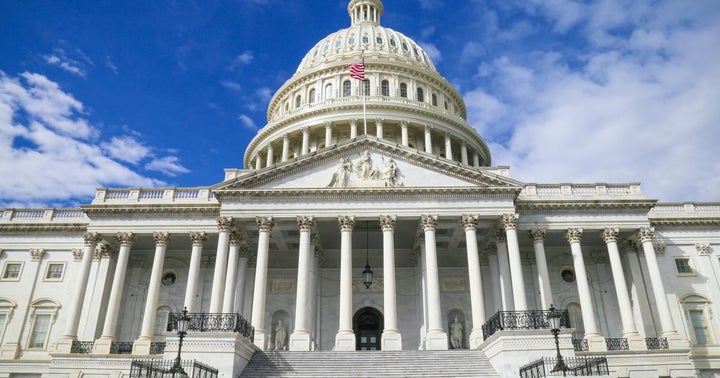 “I am going to put this bill on the floor soon. It hasn’t been introduced yet,” Schumer said, explaining he has been working with Senator Cory Booker (D-NJ) and Senate Finance Committee Chairman Ron Wyden (D-OR) on the measure’s draft.

“Once it is introduced, it will go on the floor.”

The bill language is still unknown, but according to expectations, it should remove cannabis from the list of federally controlled substances and support social equity, reports the outlet.

The Alabama House Health Committee approved Thursday a Senate-passed bill to legalize medical cannabis in the state, advancing it to the floor, writes Marijuana Moment.

Prior to approval, the measure was reviewed on the panel Wednesday, when several changes were proposed. The bill, sponsored by Senator Tim Melson (R), would enable patients suffering from specific health issues to use cannabis as therapy.

The measure also calls for the formation of an Alabama Medical Cannabis Commission, which will handle regulations and licensing, reports the outlet.

Around 20 conditions qualify patients for the medical marijuana program, such as PTSD, anxiety, intractable pain, and sleep disorders.

A bipartisan bill to legalize medical cannabis for military veterans was reintroduced in Congress on Thursday, according to Marijuana Moment.

The measure is sponsored by co-chairs of the Congressional Cannabis Caucus in the House, Reps. Barbara Lee (D-CA) and Dave Joyce (R-OH), along with nine other cosponsors. In the Senate, the bill is being pushed by Senator Brian Schatz (D-HI) and five other lawmakers, including Senator Bernie Sanders (I-VT).

The Veterans Medical Marijuana Safe Harbor Act would temporarily enable veterans to poses and use cannabis by a doctor’s recommendation under each state's law, reports the outlet. Furthermore, doctors from the U.S. Department of Veterans Affairs would be enabled to give those recommendations for the first time.

The measure would also ask the U.S. Department of Veterans Affairs to research the medicinal potential of cannabis for treating pain and helping with the reduction of opioid overuse.

“It has been scientifically proven that medical marijuana has a considerable impact in treating conditions common with veterans when they return from service, like chronic pain and PTSD,” Lee stated. “This legislation will empower veterans and their doctors to make informed decisions about the use of medical marijuana to treat chronic conditions in states with legal medical marijuana programs without federal interference.”

A bill to legalize cannabis in Minnesota was approved by the House Judiciary Finance and Civil Law Committee on Wednesday. This is the sixth House Committee that has approved it, reports Marijuana Moment.

The measure was first presented in February by House Majority Leader Ryan Winkler (D), Speaker Melissa Hortman (D) and other lawmakers. If turned into law, it would allow adults to legally buy and own up to 1.5 ounces of cannabis and to grow up to eight plants.

“The purpose of House File 600 is to eliminate the harm that cannabis has in our society,” Winkler said of the bill at the hearing. “The primary harm that cannabis poses in Minnesota is the prohibition and criminal enforcement of cannabis.”

This means that, under the new law, those motorists with traces of THC or its metabolite in the body, but who are not responsible for a traffic accident and who have no evidence of intoxication, will be offered an affirmative defense, reports the outlet.

The state’s current traffic safety law doesn’t allow any detectable level of either THC or THC metabolites in motorists while driving.

A limited medical cannabis bill was approved by a committee in Tennessee, advancing it to the Senate floor, reported Marijuana Moment.

There is one big issue with the proposed measure, though: the state doesn’t have any cannabis dispensaries, and the bill clearly demands patients to obtain medical cannabis from “a licensed medical marijuana dispensary in a jurisdiction where the sale of the cannabis” is legal.

This seems to mean that the measure is either aimed at those out-of-state medical cannabis patients who are traveling through Tennessee, or for local patients traveling to another state, getting a medical cannabis recommendation, buying it there and bringing it back to The Volunteer State, writes the outlet.

What’s more the measure also proposes many limitations to what type of cannabis could one possess.

A more generous bill to create a medical cannabis program in the state passed several committees this year, but was denied by the Senate Judiciary Committee in March.

Photo by Louis Velazquez on Unsplash