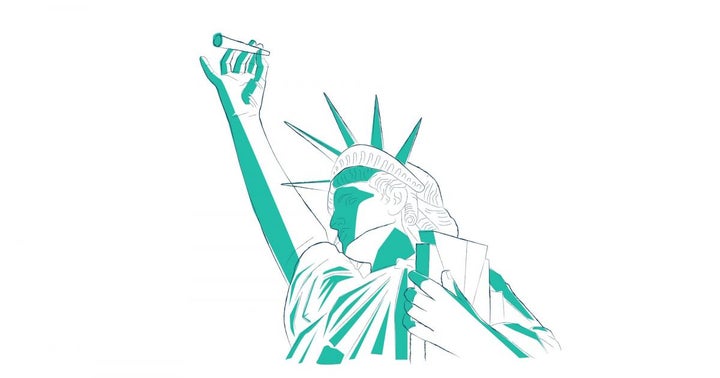 The House voted to pass the MORE act on Friday, a piece of legislation that could effectively decriminalize marijuana on a federal level.

“The US House of Representatives—the people’s house—has taken a giant step towards science, reason and justice,” said to Benzinga cannabis activist and entrepreneur Steve DeAngelo.

This is the first time a cannabis legalization bill was treated in Congress. The bill will now head towards the Senate, where results remain uncertain.

Most industry voices believe that current Republican control of the upper chamber means doom for any cannabis legalization bill. However, upcoming Senate runoffs in Georgia could shift the balance of power in the Senate at the beginning of January, showing light at the end of the tunnel for cannabis reform initiatives.

While the passage of the MORE Act by the House stands as an unprecedented milestone in the history of cannabis reform, a number activists and industry people have criticized the bill’s current version for its inability to bring restorative justice to those most affected by cannabis prohibition.

What Does the MORE Act Do?

The Marijuana Opportunity, Reinvestment, and Expungement (MORE) Act would decriminalize marijuana on the federal level.

“Today’s vote marks a historic victory for the marijuana policy reform movement. It indicates that federal lawmakers are finally listening to the overwhelming majority of Americans who are in favor of ending prohibition,” said Steven Hawkins, executive director at the Marijuana Policy Project.

Vice President-elect Kamala Harris sponsored the bill, which removes marijuana from the list of scheduled substances and eliminates criminal penalties for manufacture, distribution and possession of the plant and its derivatives.

The bill’s minor provisions include the expungement of convictions for federal marijuana-related offenses and a new 5% commercial cannabis tax poured into a fund meant to support communities most affected by the War on Drugs.

‘It Falls Short Of A Perfect Bill’

A number voices within the cannabis reform movement criticized the MORE Act for not including enough measures to ensure restorative justice is granted to the people and communities most affected by the so-called war on drugs.

Matt Hawkins, Managing Partner at Entourage Effect Capital, said that there is still a lot of work that needs to be done in order to deliver a true justice reform policy.

“An amendment inserted in the final days before today’s vote would empower the federal government to prevent Americans who have been charged with cannabis-related felonies from working in the marijuana industry,” says Marijuana Policy Project’s Steven Hawkins.

With this policy in place, individuals accused of prior marijuana offenses could be barred from participating in the legal market

“Not only does this requirement violate both the spirit and intent of this historic legislation, it is strongly at odds with many of the provisions contained in MORE itself, including the expungement of records and efforts to remove barriers from past convictions,” Steven Hawkins added.

Joe Bayern, President and Incoming CEO of Curaleaf (CSE:CURA) (OTCQX:CURLF), said to Benzinga that his company supports the principles of the MORE Act to create a more equitable and just cannabis sector. However, he added that they “cannot support the language as written in the current bill, as it punishes social equity applicants and owners for prior cannabis arrests.”

“This is the antithesis of the original intent,” he added.

Minorities for Medical Marijuana said that the organization is not supporting the MORE Act in its current state.

“The provision that cuts out those with felonies from pursuing businesses or work in the industry is problematic and is giving us huge concerns," said a spokesperson from the nonprofit to Benzinga.

David Abernathy, VP of Arcview Research and Arcview Consulting said that several of the regulatory provisions that were added at the last minute are concerning and could stifle investment in certain types of companies.

“That being said, we have assurances from several congressional offices that those provisions will be fixed in a new version of the bill next year,” he said.

Could The MORE Act Pass the Senate?

Arcview’s Abernathy said that the odds of the bill passing the senate are “functionally zero.”

Senate majority leader Mitch McConnell, a Republican, has stated in the past he holds no intention of passing a marijuana legalization bill any time soon.

“With McConnell as the standing Senate Majority leader, who remains firmly opposed to marijuana reform, it is highly unlikely that the MORE Act will pass the Senate,” said Nicole Cosby, Chief Data and Compliance Officer at Fyllo.

In 2018, in the midst of discussions around the Farm Bill that legalized hemp, he explicitly said that he does “not have any plans to endorse the legalization of marijuana,” adding that he considers marijuana and hemp to be “two entirely separate plants.”

Georgia Runoffs May Turn The Tables

After the 2020 election Republicans have secured 50 seats and Democrats 48, if we include two seats held by independents that caucus with Democrats.

The runoffs were scheduled for January after none of the candidates reached a minimum vote of 50 percent, necessary to win the race.

A Democratic-majority Senate could mean everything for the passing of cannabis policy. While the results in Georgia are not set in stone, Democrats place their hopes on the results of the presidential election, where President-elect Joe Biden emerged victorious.

“A victory by Warnock and Ossoff will ensure a shift in Senate control to the Democrats, thus providing the Biden-Harris administration with a clearer path to passage of the MORE Act and/or similar federal legislative reform,” told us Fyllo’s Nicole Cosby.

“While Sen. Harris sponsored the MORE Act in the Senate, President-elect Joe Biden has opposed legalization of recreational use of marijuana,” says Deanna J. Lucci, Litigation and Regulatory Attorney at Duane Morris LLP.

She said that Biden has instead proposed rescheduling cannabis as a schedule II drug so researchers can study its positive and negative impacts as opposed to removing it entirely from the list of scheduled substances.