Schumer: Democrats Will Decriminalize Cannabis If They Win 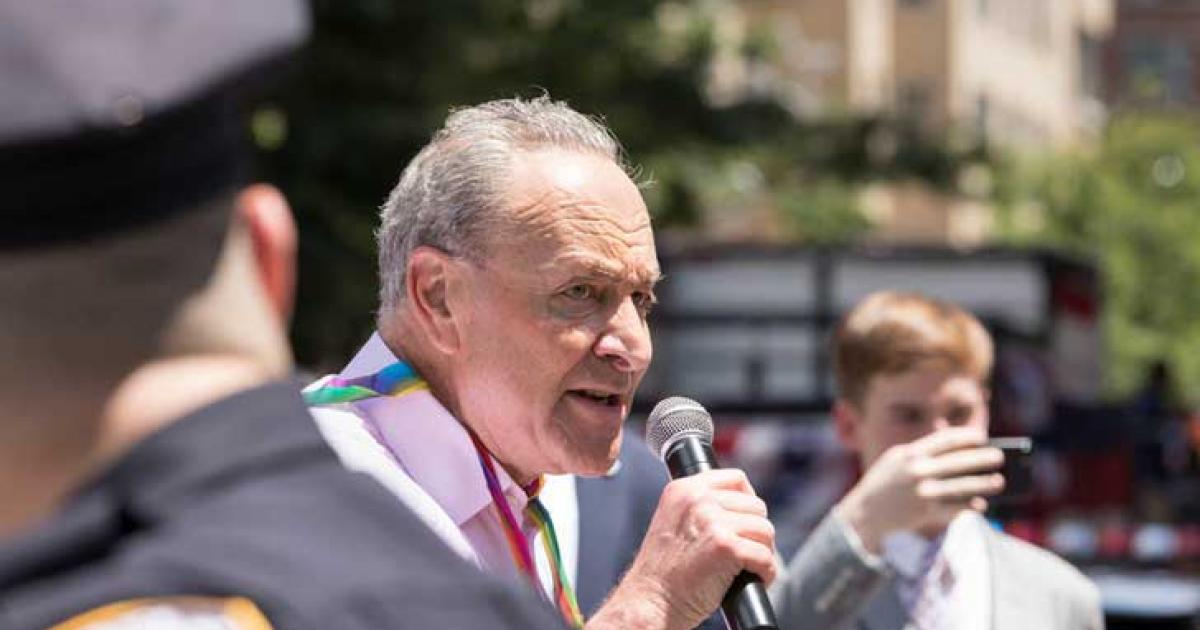 If the Democrats take control of the Senate and White House this November, they will deschedule and decriminalize marijuana, Senate Minority Leader Chuck Schumer said in an interview published Monday.

If Republicans maintain control of the Senate and White House, however, decriminalization will not happen, Schumer claimed in an interview with Leafly.

“It’s like night and day—the differences between the two parties on the issue of marijuana,” Schumer said.

The Democratic leader described progress on legalization as completely dependent on which party wins the general election this year.

“If you don’t vote and allow Republicans to control things, the only thing you’ll be able to do is complain about how unfair the laws are,” he told Leafly.

The Democrat-controlled House is slated to vote on the Marijuana Opportunity, Reinvestment and Expungement (MORE) Act next week. The bill would decriminalize cannabis on the federal level.

Although 33 states, the District of Columbia, and Puerto Rico have legalized medical marijuana, it remains a Schedule 1 substance federally.

Democratic Presidential Nominee Joe Biden has said that his administration would work to decriminalize cannabis on the federal level.

A pledge to invest in expungement

Schumer also tied in the bill he is sponsoring, the Marijuana Freedom and Opportunity Act, to racial injustice in the United States and presented it as a way to start repairing the damage caused to people of color by the war on drugs.

According to a 2017 survey, only 17% of cannabis executives were minorities, and a 2016 analysis by Buzzfeed based on interviews with 150 industry insiders estimated that only 1% of the more-than 3,000 marijuana storefronts in the United States had Black owners.

“It is so frustrating to hear the stories of people—young men, men of color, some women—who were arrested for a small amount of marijuana in their pocket, and how their criminal record ruins their lives,” Schumer told Leafly. “They can’t get good jobs or do many other things. So we invest in state and local expungement and record-sealing programs.”

Advocates of cannabis legalization have held it up as if not a panacea, then one of a number of tools that can change policing for the better, free up taxpayer resources, and funnel money and support to the very communities that have been the most affected by the prohibition.

Some states that have legalized cannabis, both medically and recreationally, have included programs to reinvest tax revenue into communities of color and to ensure that people harmed by the war on drugs are included in the economic opportunities presented by legalization.

A Black person is 3.73 times more likely to be arrested for cannabis possession than a white person, according to the ACLU.

Why Are Athletes Penalized For Using Cannabis?

This article was originally published on Cannabis & Tech Today, and appears here with permission. Cannabis-based drug testing is an inhumane process. Having to turn over bodily fluid to a stranger, including urine or blood, can be an invasive, humiliating experience. read more