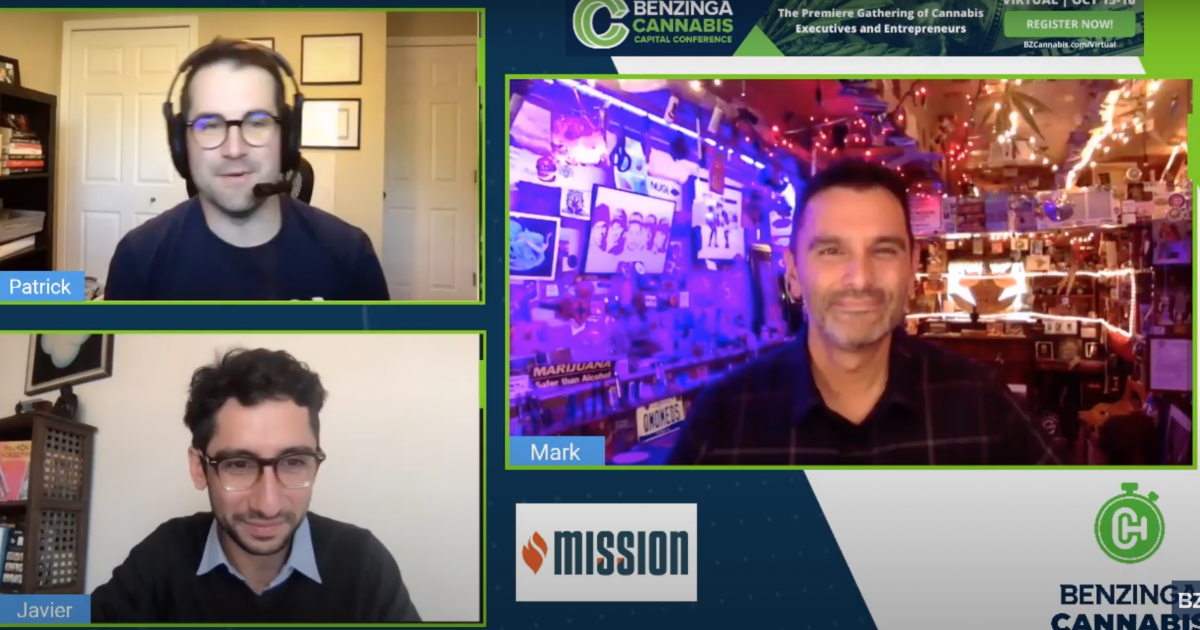 At Benzinga, we report a lot about MSOs, or multi-state operators. These would be cannabis companies such as Cresco Labs Inc. (OTCQX:CRLBF), Curaleaf Holdings Inc. (OTCQX:CURLF), Green Thumb Industries Inc. (OTCQX:GTBIF) and Trulieve Cannabis Corp. (OTCQX:TCNNF), which have operations that span across many legal cannabis states.

A term we haven't used is "SSO," or single-state operator — at least until today.

"I may have just coined it," Mission Dispensaries, 4Front EVP, Operations Mark Passerini said when he appeared as a guest on Thursday's Benzinga Cannabis Hour.

Up until 2019, Passerini had been focusing on medical cannabis in one state — Michigan — through Om of Medicine, a company he co-founded. Om sold to 4Front Ventures Corp. (OTCQX:FFNTF), a company that currently has operations across five states: Illinois, Massachusetts, California, Michigan and Washington.

"Our values aligned with Mission's and 4Front's," he told co-hosts Patrick Lane and Javier Hasse. "Their consulting group helped about 65 applicants around the country to win licenses."

And with regulations being vastly different from one state to the next, partnering with an MSO like 4Front was "an easy decision," Passerini explained, citing the company's multi-market expertise.

"I think that's obviously a huge leg up for us in choosing who we would be partnering with," he said. "The more states that come on board… the quicker the industry thrives as a whole."

As for which states 4Front is headed next, Passerini says "every state is interesting for their own reasons."

"We're looking at adding a second retail store in Chicago," he said. "That is on track for the end of this year."

Other guests in this week's Benzinga Cannabis Hour episode include:

To tune in, watch the embedded video below; head over to the official Benzinga YouTube channel; or visit BZCannabisHour.com and join the live chat to have your questions answered in real time. Cannabis Hour is also published on most major podcasting platforms, including Spotify, Google Podcasts, Breaker, Pocket Casts, and more.