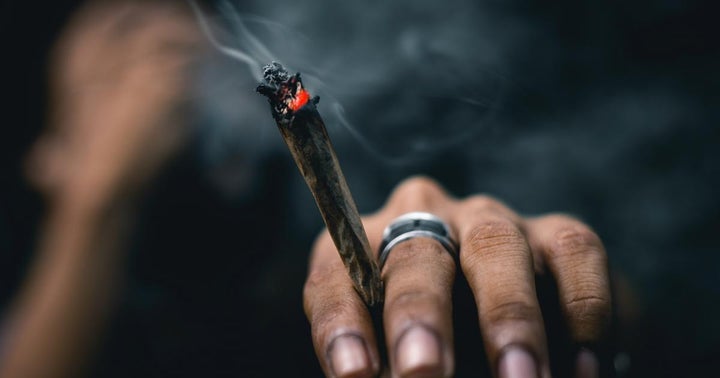 The signing of the 2018 Farm Bill by President Donald Trump led to a generalized belief that hemp-CBD products had been universally legalized across the country.

Last week, two sets of regulations rolled out by the Louisiana and Iowa legislatures banned the production, distribution, sale and possession of smokable hemp products among other regulatory actions.

In Louisiana, CBD food and beverage products were also made illegal.

Why Do States Ban Smokable Hemp?

These bans are meant to improve law enforcement on black market marijuana.

“Law enforcement has great difficulty differentiating hemp from products that contain more than 0.3% THC and have decided to get these products banned so that they don't have to worry about the difference or use resources to test it (which is often inaccurate),” said Morgan Fox, a spokesperson for the National Cannabis Industry Association.

“The penalties have most to do with working with law enforcement to allow CBD in a legal form without interfering with their ability to go after the black market,” said Irving.

Another potential reason is the fact that many of these products are produced and sold outside of the regulated CBD or medical cannabis markets in those states, which means they have no safety controls or testing requirements, said NCIA’s Fox.

“Still, such a ban is short-sighted. The states would be better off regulating these products effectively instead of banning them,” he added.

On June 17, Louisiana Governor John Bel Edwards signed a bill that regulates the production of industrial hemp in the state.

Along with licensing requirements, application fees, testing, inspection and labeling rules, HB843 establishes fines for persons who break the new hemp regulations of up to $300 for the first offense, up to $1,000 for the second violation and up to $5,000 for third and subsequent violations.

These penalties include the possession and sale of smokable hemp products and food and beverages containing CBD.

“The FDA still forbids CBD from use as a food additive and as a dietary supplement, and Louisiana’s law adheres to that prohibition,” said Josh Bauchner, cannabis attorney to CanaFarma Corp.

The attorney went on to say that the new law also respects concerns that hemp is widely marketed as containing various forms of CBD, although in many cases it merely contains hemp oil which has a different medicinal effect.

Similar to Louisiana’s law, Iowa’s HB2581 regulates the production and sale of CBD products by altering Iowa’s original Hemp Act from May 2019.

The state clarified which forms of CBD can be sold and specifies the licensing conditions for the production and commercialization of CBD products. The Bill prohibits the possession, use and manufacturing, and distribution of smokable or inhalable hemp products.

“Banning these products means that people who were consuming them for medical or therapeutic reasons will be forced to either obtain them on the illicit market or attempt to register for the medical cannabis program, which is very limited,” said NCIA’s Fox.

However since the new law does not impact the medical cannabis program directly, he wouldn't necessarily call it a step back.

Federally-Legal Hemp And The Issue of Interstate Transportation

These measures come as part of these states’ hemp programs and follow the adoption of regulation presented by the 2018 Farm Bill.

Under the bill, the U.S. Department of Agriculture became responsible for reviewing and approving each state’s hemp production program.

At the time of publication, there are 18 state programs that have received approval, as well as 31 tribes and the Virgin Islands.

Louisiana and Iowa were among the first states to have their hempr programs approves. Prior to that, the 2014 Farm Bill had made hemp legal at the federal level by changing the definition of marijuana to exclude hemp.

However, the bill didn’t change each state's criminal statutes to exclude hemp.

This became a problem for states dealing with interstate transportation of hemp products, says Jacob Irving, from Ilera Holistic Healthcare.

The 2014 Farm bill didn’t clarify whether legally produced hemp could remain illegal at the state level.

“Court decisions on this issue were mixed, but many courts held that it was in fact possible for 2014 Hemp to be Federally legal, while state illegal,” Irving said.

To address this issue, the 2018 Farm Bill explicitly prohibits states from interfering with the transportation of legal hemp through their state, and establishes that the federal law itself does not prohibit interstate commerce.

According to Irving, under this interstate commerce language, members of states with bans on smokable hemp have filed constitutional challenges to the federal government.

A recent ban on smokable hemp in Indiana was struck down as being an unconstitutional burden on legal interstate commerce, after hemp manufacturers sued the state.

Photo by Ahmed Zayan on Unsplash 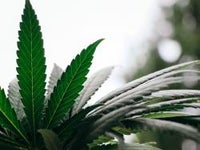 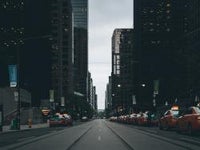 What You Need To Know In Options: AMC, Gamestop, Zoom, Crowdstrike, Lululemon, And More

The Broader Markets Last Week – SPY finished the week inside its expected move, up 1.1% vs the 1.4% move options were pricing. The VIX was down on the week, into the holiday weekend, from 20 to a Friday close below 17. read more 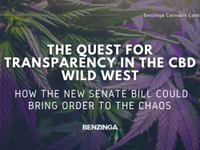 This article was originally published on Leafreport and appears here with permission. CBD has spawned a craze that has swept across the U.S. the world at large--comparable to the way American cowboy pioneers moved across the Western frontier amidst a landscape of lawlessness and unruliness.  read more 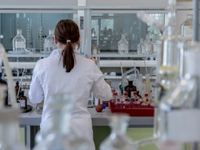 The following article is sponsored by the clinical communications unit of Redington, Inc. The information contained in this article in no way represents investment advice or opinion on the part of Benzinga or its writers and is intended for informational purposes only. read more