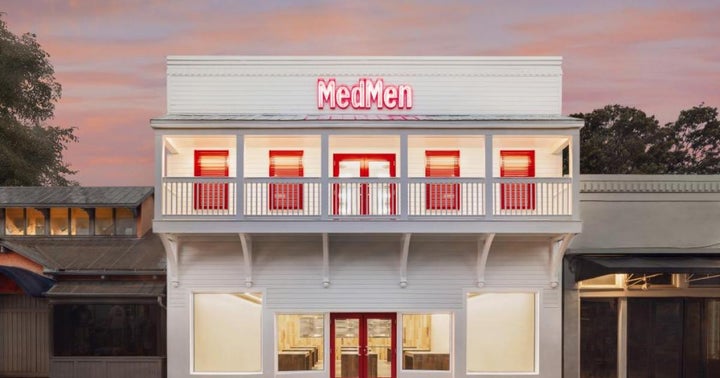 In a conversation with Benzinga, MedMen CEO Adam Bierman explained the company is opting out of the transaction with Pharmacann as it increases its focus on profitability, seeking to allocate capital more efficiently in a context of depressed marijuana stock valuations.

This comes amid a significant shift in the cannabis macro environment over the last year, Bierman said: “I wouldn't do that deal today, as it was contemplated first."

He said the company is on track (or “even ahead of track”) to hit break-even EBITDA by the end of 2020.

“But we think it's even more critical than ever to focus our efforts on allocating capital efficiently and in the markets that matter most,” Bierman said, explaining New York had lost value in their eyes as the state had failed to go recreational, while the opposite occurred with Illinois.

In addition to bleaker prospects in New York, MedMen decided to terminate the purchase because the transaction not only required a 25% dilution of the company’s stock, but also significant capital investments needed to develop Pharmacann’s assets – which the CEO said are no longer important to MedMen’s core business.

“We don't want to be raising money at the stock prices, which are overly diluted, in order to go fund projects that aren't going to be near- or mid-term accretive,” Bierman said.

On the termination of its CFO Michael Kramer, Bierman disclosed the company would be promoting from within, replacing him with the current chief development officer, Zeeshan Hyder. The company believes this move will be instrumental in reaching break-even EBITDA by the end of 2020.

It was not about Kramer's experience or job, Bierman said, but about being pragmatic enough to recognize the company's needs and adapt to them as the business evolves.

Kramer's termination comes less than a year since his appointment. Kramer was appointed on Dec. 10, 2018, after the sudden departure of James Parker.

Parker's departure was followed by a scandal that clouded MedMen for a large part of the year. Parker sued MedMen alleging excess spending and a hostile work environment. Amid the allegations, Chief Operating Officer Ben Cook and General Counsel Lisa Sergi Trager resigned from the company.

Why This Is Important

MedMen and Pharmacann signed an acquisition agreement in December 2018 and until recently the deal seemed to be moving along smoothly. Less than a month ago, Pharmacann announced the expiration of the waiting period under the Hart-Scott-Rodino Antitrust Improvements Act of 1976 and said it was looking forward “towards closing the transaction with MedMen.”

Because MedMen satisfied all the parts in the acquisition agreement, it will not incur a penalty for the termination, Bierman said. What’s more important: MedMen negotiated to obtain certain assets from Pharmacann, in compensation for the roughly $20 million loan that MedMen had invested into Pharmacann so far.

As part of the new deal, MedMen will get Pharmacann’s:

The assets in Illinois are of particular importance to MedMen, as the state has recently legalized recreational use of cannabis and the company is expanding its footprint in the state. Overall, Bierman believes MedMen cut a very good deal for these assets.

“We're getting what we believe to be about, you know, conservatively call it $75 million worth of assets,” he said. “Ohio, Pennsylvania, those kind of places, they're going to be hurting your bottom line for the for the foreseeable future.”

Cannabis Unicorn PharmaCann Could IPO Soon, Valued At $1.1B+

One of the largest private cannabis companies in the world could soon go public on the OTC Markets with a valuation of more than $1 billion. read more

M&A And Monopolies In The Marijuana Industry: Here's What You Need To Know

This article is written by Tia Moskalenko from AskGrowers read more

Cresco Labs Up By Nearly 3.5% - Here Are The Top Marijuana Stock Movers For Today