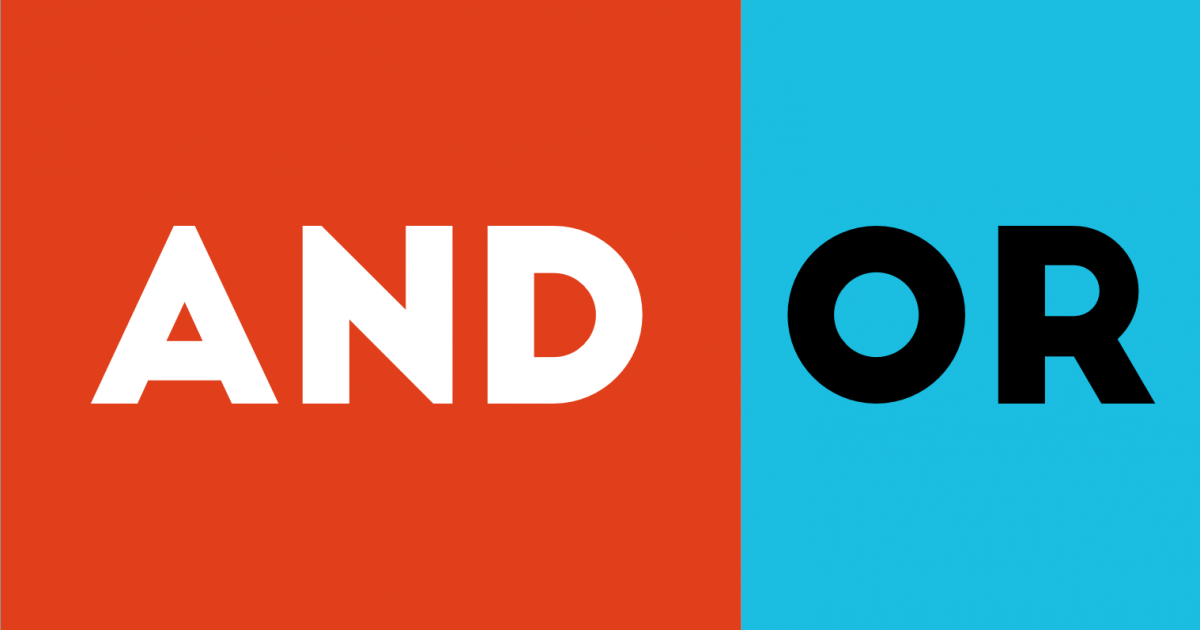 More than mere semantics, the way Florida’s current cannabis licensing laws are written today compared to what’s being proposed in State Superior Court has implications far beyond a few characters.

Florida has so much untapped marijuana and hemp potential. It’s the third largest state by population, and the second largest with some form of legal cannabis (Stetson hat-tip to Texas for dragging its feet).

In Florida, medical marijuana is available for serious health conditions such as cancer, Crohn’s disease, multiple sclerosis and post-traumatic stress disorder, and chronic pain associated with those conditions. Chronic “non-malignant” pain is the most frequent condition patients claim.

Since the state’s introduction of its medical marijuana laws in January of 2017, Florida has enrolled 350,000 patients according to the August 23, 2019 report from the Office of Medical Marijuana Use. Registered patients are rising 165% year-over-year with 19% growth in the second quarter of 2019, alone. 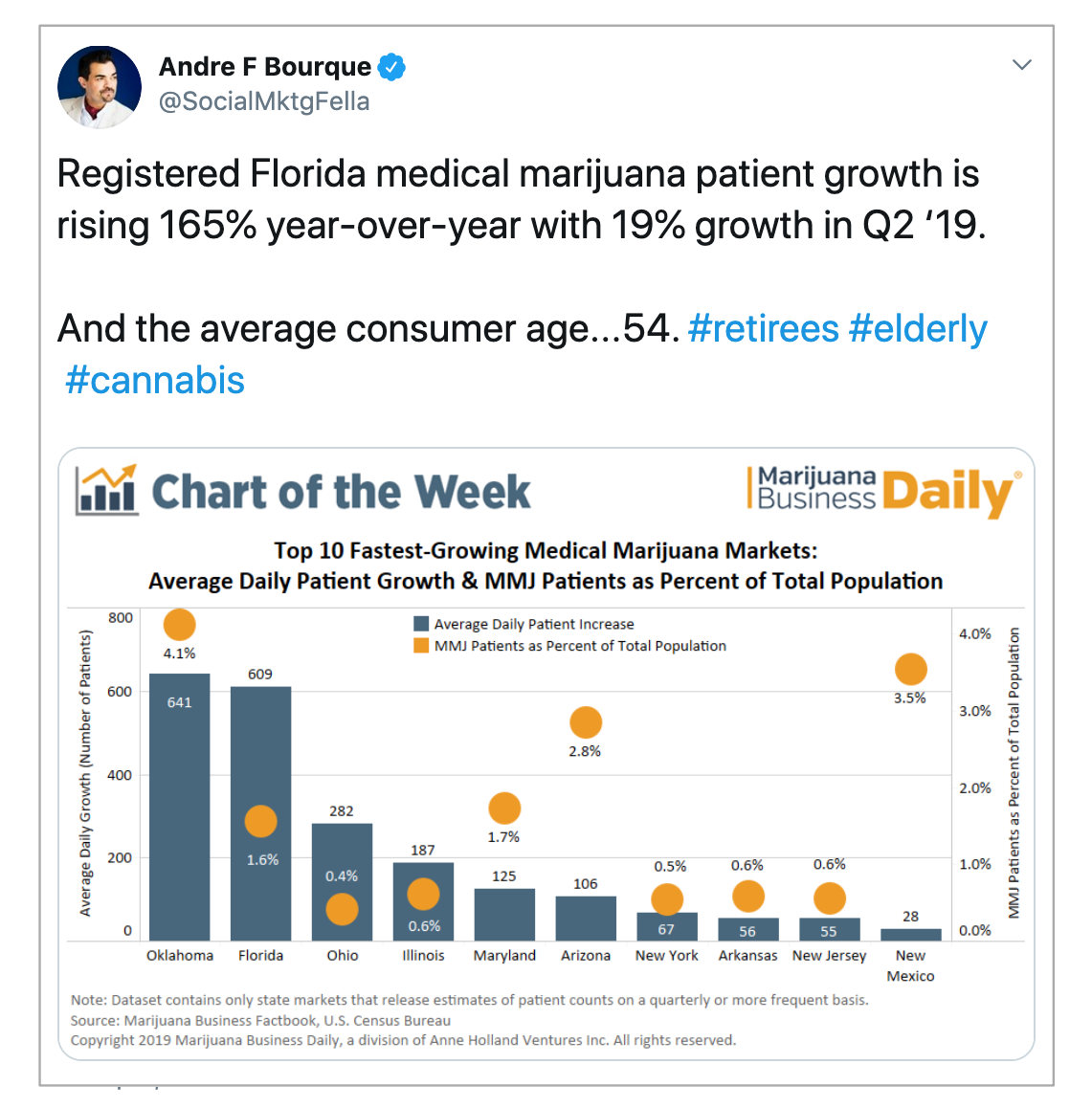 And you may be surprised to know many of these folks are retirees–a Florida staple. The average age of a dispensary visitor being 54 years-old.

While retirees and snowbirds are flocking to the state to take advantage of its medical marijuana laws, the structure of its licensing model has made it difficult for patients to access medicine. Part of the problem stems from the way Florida’s cannabis licensing model was set up in the first place.

While the idea behind Florida medical marijuana legalization was to create a new enterprising industry, today, merely six vertically-integrated companies operate more than 80% of Florida’s 155 dispensaries. That’s a great set-up if you’re one of the state’s privileged entities (enter Creedence Clearwater Revival’s “Fortunate Son”), but not so great if you’re a small company with high hopes to have participated in the market. 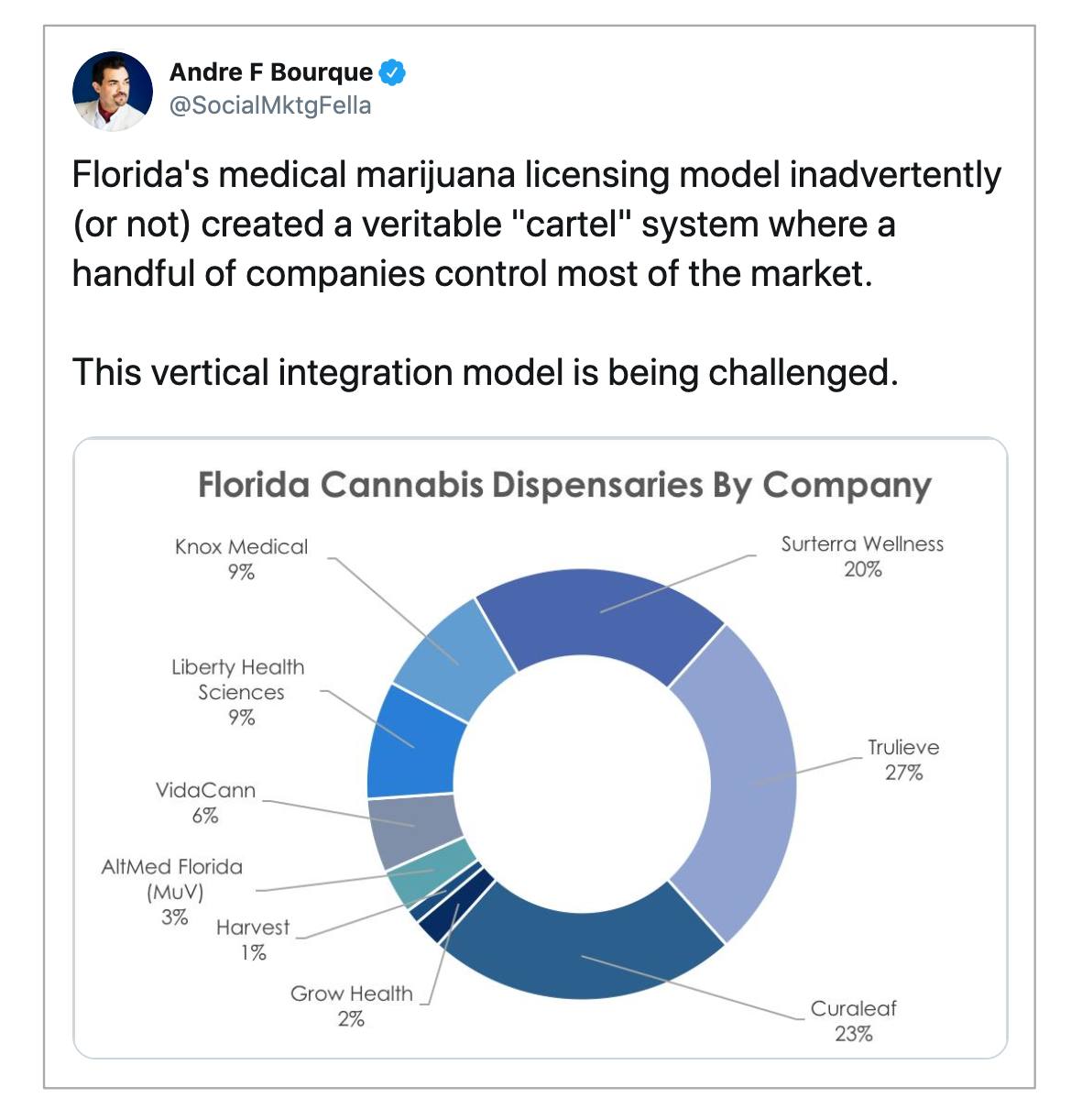 I delivered a  “Florida Cannabis Real Estate” presentation on this topic at the annual Florida Realtors Convention & Trade Expo in Orlando, in August.

The law shuts out firms from the industry because it requires licensees to perform all aspects of the business — rather than allowing companies to focus only on individual pieces, as other state licensing models do. Even 2018-elected Florida Governor, Ron DeSantis (R), has admitted, "The way they did this vertical integration is not [based on] free market principles.”

It’s the “and” in the law that’s enabling this veritable oligopoly and disabling a more distributed market.

Alternatively, the California marijuana licensing model (which is still hardly perfect), specialized licensing is available for different companies along the supply chain, instead of one company being granted licenses to do everything. A company specializing in legacy growing, for example, can hold a license exclusively to cultivate the crop, while another with retail expertise, can hold a license to sell it. 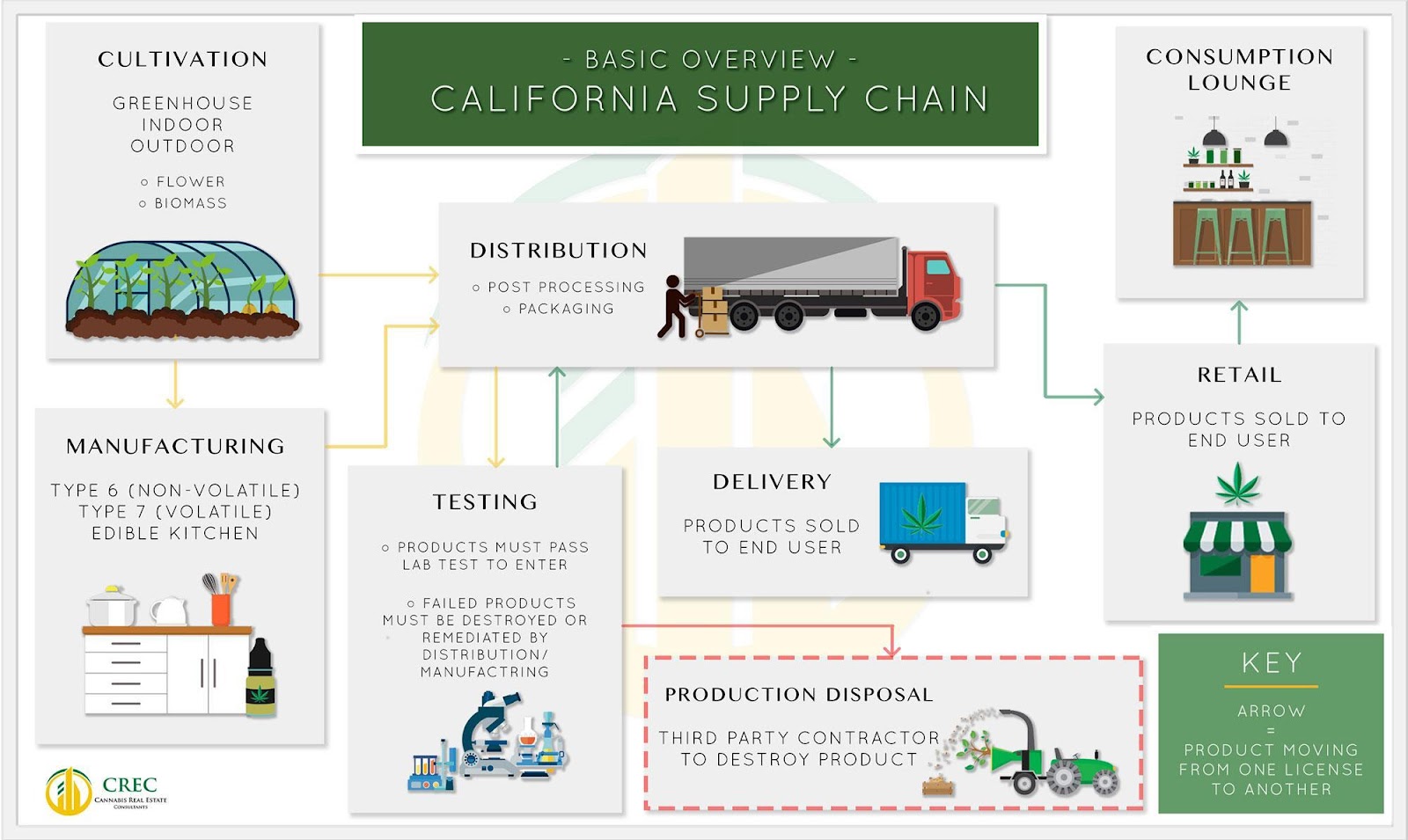 The Difference Between “And” Or “Or”

Time may be catching up with the “and” wording, as both existing license holders and eager ones are fighting it for one reason or another. The medical marijuana law also brought along with it licensing caps, effectively limiting the number of dispensaries a company can own, so existing companies don’t like being bound by that. At the same time, those looking in from outside know that unless wording changes they’ll never be an opportunity to join in on the revolution.

The argument that Florida’s vertical integration system conflicts with the state’s medical marijuana constitutional amendment began deteriorating from the onset. It gained most notable steam in the form of a drawn-out lawsuit filed by Tampa-based medical marijuana company Florigrown, making its way towards the highest courts.

In July of this year, a three-judge panel sided with Florigrown. Just recently, Florida’s 1st District Court of Appeal turned down a state request for the full appellate court to hear the case, the judge stating an “en banc review is unwarranted and would serve only to delay the inevitable, which is to allow for our Supreme Court to weigh in and definitively pass upon the matter.” Shortly thereafter, in the first week of September, Governor DeSantis asked the state Supreme Court to schedule a hearing and provide final rule on whether the state’s requirement for cannabis operators to grow, process and distribute cannabis and related products is unconstitutional.

What’s now being proposed will define a medical marijuana treatment center as, “An entity that acquires, cultivates, possesses, processes, transfers, transports, sells, distributes, dispenses, or administers marijuana, products containing marijuana, related supplies, or educational materials” to qualifying patients or their caregivers. That switch in wording can mean a whole lot of opportunity for artisan growers, product manufacturing experts, curious chemists, accomplished mainstream retailers, and everyone in between.

Florida’s challenged marijuana licensing model will fall for the same reason the farmer who grows the broccoli doesn’t pre-cook and lather it in cheese before freezing, packaging it, and putting it on a shelf. It’s not good for the broccoli, the friendly produce grocer, or the consumer.

And when a someday recreational mariujuana bill comes to pass (which many headlines predict could be as soon as 2020), legislators who’ve realigned a medical licensing model that ran perpendicular to voter intent will be certain to avoid the same mistake a second time.

If you want to win in Florida’s cannabis market, plan and purchase for the future, because the times they are a changin’.

Look for my continued analysis in the State of Florida Cannabis series.

Lead photo credit: pythagorasandthat.co.ukThe preceding article is from one of our external