Wonder Women Of Weed: Jodie Emery, The Entrepreneurial Rebel With A Cause 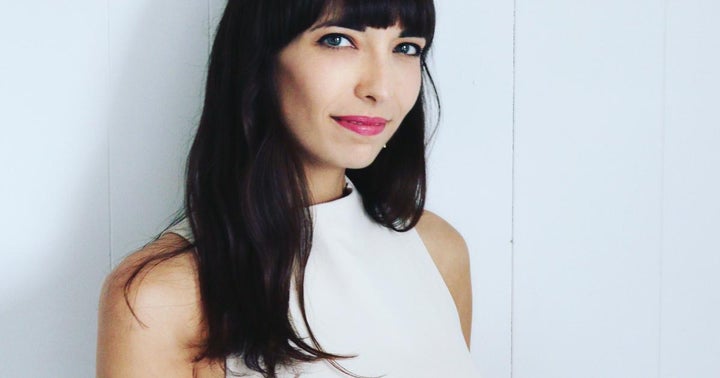 "Wonder Women Of Weed" is a bi-monthly show and column featuring accomplished female leaders in the cannabis industry, brought from a collaborative effort that includes Benzinga, Industry Power Women and Direct Cannabis Network.

This week, we’re presenting activist and entrepreneur Jodie Emery. Emery is known for her cannabis and civil-rights related activism. She ran for office in Canada on more than one occasion. She also edited the magazine Cannabis Culture and has a web-based channel called Pot TV.

Jodie's work and, to a certain extent her life, revolve around weed. But she wasn't always pro pot. Pretty much the opposite, actually.

“In high school, I was against marijuana,” Jodie said on the show. “I was an authoritarian, cop-loving, teacher’s pet, leadership student.”

But as Jodie got older and more informed, her prejudice against marijuana started to give in. The turning point arrived shortly after the turn of the century, when Marc Emery, founder of the British Columbia Marijuana Party (and Jodie’s future husband), decided to run a “full slate of candidates” for the provincial election.

“That was how I first got introduced into cannabis and realized it wasn’t what I’d been told. Then I started questioning authority in a lot of other ways,” she said.

“That’s the danger of cannabis,” Jodie said, giggling. She knows critical thinkers are natural enemies of the status quo; and, the status quo is, in turn, her own enemy. Every society deserves change and progress, she’s often argued.

Making A Name For Yourself

It was February 2005 when Jodie submitted a series of “ suggestions and critiques” to Emery’s Cannabis Culture magazine, unintentionally landing an assistant editor position there. Working side-by-side with Marc seemed to give Jodie the final push she needed to run for office for the first time in May of that same year.

Not much time went by before her soon-to-be-husband got arrested and extradited to the U.S. as per the request of the United States Drug Enforcement Administration.

Related Link: Wonder Women Of Weed: Sara Gullickson, The Licensing Advisor Sitting At The Head Of The Boys' Table

Seeking to fund the cannabis legalization movement around the globe, Marc had been using his magazine’s catalog to sell cannabis seeds over the mail, shipping them worldwide.

But no cell could contain the movement Marc had helped set in motion. “Plant the seeds of freedom, and overgrow the government,” he liked to say. More than a decade later, it seems like multiple countries around the world are sowing the offspring of those seeds.

“Here we are. That mission [of overgrowing the government] has been mostly accomplished,” Jodie said.

Jodie couldn't sit and witness the injustice that derived from cannabis’ illegality. She had to become more active, more vocal.

In less than five years, as Marc’s extradition battle and plea negotiation in the U.S. unfolded, Jodie went from assistant editor at Cannabis Culture to being in charge of the whole magazine, and once again run for office in British Columbia in 2009, this time with the BC Green Party. She wasn’t even 30 years old.

At such a young age, seeing your husband sentenced to five years in a prison in a country he had never even visited before, is no easy feat, but Jodie found comfort in what they had accomplished together.

“In a press release, the DEA said arresting Marc would stop legalization,” Jodie said. “But it was too late. The seeds were planted. The American people did what they had to do: the fought hard in every way.”

After serving his sentence in the U.S., Marc returned to Canada to find Jodie determined to lose no time. “We opened some cannabis shops for all adults, not [just] medical [users]. That was briefly lived, before I got arrested in March of last year, went to jail briefly and made a deal,” Jodie said.

As part of the deal, Jodie is now in a two-year probation period and owes almost $200,000 to the Canadian government. On the flip side, she's not in jail. “This is what we need everyone to experience. No jail for pot, and no arrests in the first place.”

“I am very much active still as a political activist, and trying to find my way in this new ‘legalization’ landscape,” she said.

Being A Strong, Vocal Woman

Jodie has some advice for women looking to get into the cannabis industry or movement, seeking to start a business in the space, or simply land an executive-level job.

“What we have to remember is that women are so powerful when it comes to politics and commerce, because women do a lot of the spending, and they also have very much power as mothers,” Jodie said, bringing up the example of alcohol prohibition, which “came into place because women were so vehemently against it.”

Although these women had good reasons to push for booze to be made illegal, prohibition isn't a good policy, Jodie said. Ironically, it was also women the ones behind the end of alcohol prohibition.

Whatever cause or movement women get behind will be very powerful, Jodie said. “We are loud and we are passionate, especially because we have been quiet for so long in our history… We are now ready to roar, and that’s happening a lot right now.”

What makes the idea of cannabis legalization particularly exciting for women, she said, is that it has created an opportunity for women to succeed in business. “Most industries have an old boys network or this old establishment,” she argues. But the cannabis industry is different: it’s new, it’s different, it’s inclusive.

Unfortunately, we are seeing that the same old boys network, the big money from the grey hairs are moving in and kind of putting in a ‘grass ceiling’ – instead of a glass ceiling – so we have to make sure we protest that a lot, because people have been punished unjustly from cannabis laws. This legalization movement must recognize that problem and repair it… And women are so powerful, especially when they run for office… When you just look at a picture of a woman and a man who are running for office, people tend to trust the lady more than the man.

This gives women a lot of opportunity and a lot of power, because we have very compelling arguments. We are the nurturers, and the protectors… Let’s not forget that cannabis is a female plant.

"Alcohol is very dangerous for people’s health," she said. "Women are finding that cannabis is useful not just as medicine, but also as a recreational way to relax. You now flip through any fashion magazine and there’s pot, there’s some CBD lotion, and there’s a cooking with cannabis article… This is fantastic!"