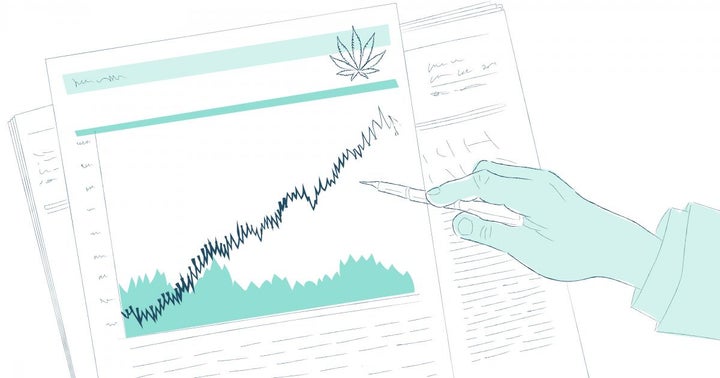 Analyst Pablo Zuanic calculates that these new states will add $3.5 billion in market potential for cannabis MSOs and other smaller players.

Curaleaf, Green Thumb and Cresco to Lead the Game

According to the report, the three companies best positioned to take advantage of these new markets could grab 15% of the proposed growth each, averaging about $500 million. These are:

Curaleaf (CSE:CURA) (OTC:CURLF), who is ready to implement strategies in all five states, and would increase revenue by 60%.

Green Thumb Industries (CSE:GTII) (OTC:GTBIF), who can attack all markets but Arizona, and would double its sales.

Cresco Labs (CSE:CL) (OTC:CRLBF), who is ready to operate in Pennsylvania, New York and Arizona, and would also double its sales.

Cantor expects other established MSOs to make acquisitions in those states. The firm predicts Acreage Holdings (CSE:ACRG) to also benefit from these new markets to a lesser extent.

This prediction falls in line with Acreage’s new strategy for the medium-term. In a recent talk with Benzinga, the company’s new interim CEO Bill Van Faasen explained how Acreage is redirecting its focus to the Northeastern region.

TerrAscend (CSE:TER) (OTC:TRSSF) and Jushi Holdings (CSE:JUSH) (OTC:JUSHF) also have exposure to these territories but are not covered by Cantor.

Although these five states are in line for legalization soon, Cantor doesn’t expect any legal sales to be allowed until 2022.

Even in Arizona and New Jersey, where voters are widely expected to make recreational cannabis legal this November via Ballot vote, sales are likely to be delayed due to post-legalization licensing and regulatory processes.

This conclusion comes from looking at the experiences of other legal states. In Massachusetts, for instance, adult-use cannabis was legalized via the ballot box in November of 2016, and legal sales did not register until November 2018.

Taking into consideration that recreational stores won’t open until 2022, Zuanic estimates that by June 2022, the annual market for cannabis will be of $1.1 billion in Pennsylvania, $730 million in New Jersey, $690 million in New York, $600 million in Arizona and $300 million in Connecticut.

Why Did Credit Suisse Upgrade Colgate-Palmolive After Stock Underperformance?

Colgate-Palmolive Company’s (NYSE: CL) shares have significantly underperformed the S&P 500 over the past year, with tough comps and rising inflation overshadowing a “fundamentally better business,” according to Credit Suisse. read more

Why This Analyst Likes Clorox, Procter & Gamble In The Household Product Space

Earlier this week, Wells Fargo initiated coverage of a handful of household products. Chris Carey initiated or transferred coverage of the following stocks: Coty Inc (NYSE: COTY): downgraded from Equal-Weight to Underweight with a price target lifted from $4 to $5. read more

Some of the most high-profile cannabis analysts shared their insights in a thrilling discussion about trends, strategies and forecasts at the Virtual Benzinga Cannabis Capital Conference. Alan Brochstein, the founder of 420 Investor and New Cannabis Ventures, led the discussion. read more