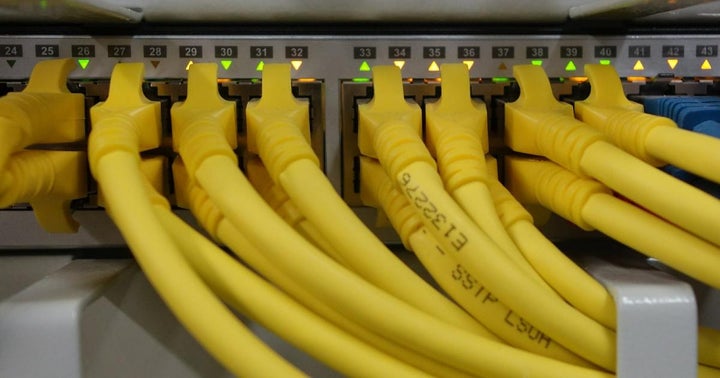 Bernstein has launched coverage of the telecom, cable and satellite sector with a mostly positive outlook and bullish recommendations on several stocks.

Bernstein analyst Peter Supino initiated coverage of the industry with the following ratings and price targets:

The company’s mobility business is resilient and possibly improving, and the 5.5% yield is attractive with a “non-scary” 60% payout ratio, the analyst said.

“With the balance sheet still stretched and Entertainment and Warner risks skewing to the downside, we will stay tuned.”

Altice: The company is a strategic asset in a consolidating industry, Supino said. Its $20 offer for mobile service and its Altice One device — an all-in-one modem, router and streaming box — “should power improving subscriber results.”

Charter: The company has a “dominant internet service business,” Supino said, adding he expects more than 25% FCF/share growth from now through 2023.

The analyst expects return on investment capital to improve from 4% to above 9% over the same timeframe.

“As the U.S.’s largest common stockholder-controlled fiber network and with Liberty owning 25% of the equity, CHTR is the fulcrum asset in industry consolidation.”

T-Mobile: Supino is “bullish on T-Mobile’s flywheel of undercutting incumbents while investing in its network.” He also likes the mobile carrier's management and said it’s free of drags from any legacy revenue streams.

T-Mobile will thrive with or without an in-the-works merger with Sprint Corp (NYSE:S), the analyst said.

Comcast: Supino is less bullish because of caution on NBCU’s broadcast and cable network segments, and the high price and “unclear strategy” of the deal in which Comcast last year bought the majority of shares of European TV giant Sky Plc.

Verizon: With potential for new revenue from 5G Home and Enterprise, the risk-reward seems balanced, though there’s a little concern about increasing competition, Supino said.

Still, “Verizon is the mobile industry leader with an exciting network vision and upside to its dividend payout ratio,” the analyst said.

The proposed $26.5-billion merger of T-Mobile and Sprint faces a major hurdle in a lawsuit by states that want to block the marriage.

If the merger goes through, it would add “enormous capacity and optionality” for T-Mobile, the analyst said.

But, even without Sprint, T-Mobile’s 17% market share could be expected to rise at Sprint’s expense, he said.

Altice USA Gets Downgrade From BofA: Here's Why

Among U.S. cable operators, Altice USA Inc (NYSE: ATUS) is the most at risk from potential broadband pricing pressure, according to BofA Securities. read more

UPDATE: TD Securities On Altice USA Notes Co's Adj. 'numbers reflect subscriber disruption associated with the OSS/BSS migration that occurred' In Q3; 'The timing of the migration was known in advance, but arguably under-appreciated by ourselves', Street

UPDATE: TD Securities Maintains Hold On Altice USA, Lowers Tgt To $32 Notes 'After the quarter, our general thinking has not changed, but we expect consensus revisions to be further exacerbated by the soft quarter and the outlook for the cable business'