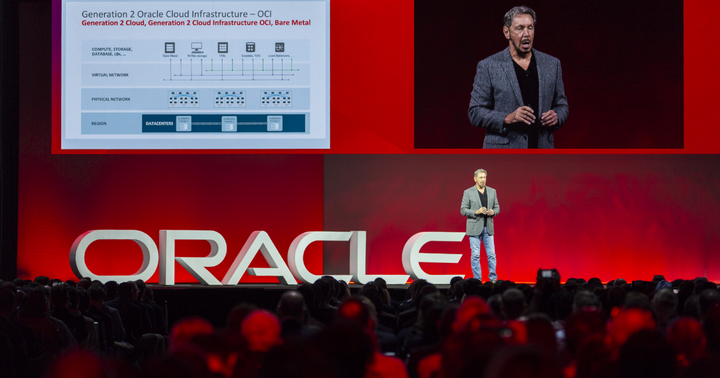 Oracle Corporation (NYSE:ORCL) stock continued to soar on Thursday after the software company reported a revenue beat and issued bullish guidance the day before.

Some sell-side analysts weren’t impressed enough to leave the sidelines, saying they’re waiting to see if the company can deliver such results consistently.

BMO Capital Markets analyst Keith Bachman maintained a Market Perform rating on Oracle and raised the target price from $53 to $59.

Wedbush analyst Steven Koenig maintained at Neutral, while boosting the target price from $52 to $55.

Bank of America Merrill Lynch analyst Kash Rangan reiterated a Neutral stance and raised the target price from $57 to $60.

While the quarter was solid, the upside was driven by Oracle’s infrastructure business, which was up 7% year-over-year but aided by an easy comparison, Bachman said in a Wednesday note.

Application growth slowed, the analyst said. That, and inconsistent performance from Oracle over the past few years, kept the analyst on the sidelines, he said.

Wedbush’s Koenig had some praise for strong fourth-quarter database license sales, but said the results looked more like just good execution than representing an inflection in the infrastructure business, or overall revenue.

“We think it’s better to take a 'show me' stance towards progress with the infrastructure and cloud businesses,” the analyst said.

JMP’s Walravens said it was a "nice revenue beat."

JMP did up the EPS estimates for the first quarter and the years 2020 and 2021. Oracle is fairly valued, the analyst said.

“The pace of progress is not enough to keep us positive in the near-term,” the analyst said.

“While both partner and customer sentiment is improving, it will take longer for progress to impact the numbers than we expected.”

Why Trump's TikTok Ban Could Be 'Fort Sumter Moment' In Cold Tech War Between US, China

The drama over the fate of popular Chinese-owned social media platform TikTok is ongoing Friday, with the U.S. Commerce Department announcing that it will ban U.S. business transactions on TikTok starting Sunday. read more

Oracle Corporation (NYSE: ORCL) reported better-than-expected first-quarter results and guided above consensus estimates for the second quarter. Here's what the Street has to say.  read more

For TikTok, Analyst Says 'Writing Is On The Wall,' Sale Imminent

The bids for TikTok are in, and ByteDance seems to have realized that "the writing is on the wall," meaning that a sale may be the only option with an executive order looming from U.S. President Donald Trump, according to Wedbush. read more