Bed Bath & Beyond Rallies After Q3 Print, But Analysts Aren't Buying It

Retailer Bed Bath & Beyond Inc. (NASDAQ:BBBY) suffered its worst trading day in history in late September in reaction to its fiscal second-quarter results. The company's third-quarter report Wednesday marked an improvement in performance highlighted by an earnings beat and better guidance. Here's how the Street reacted.

The most notable takeaway from Bed Bath & Beyond's Q3 is that both sales and gross margins remain "weak," which implies continued market share losses, Sigman said in a note.

Yet the retailer's cost optimization and other initiatives can limit margin declines and create "some stabilization" in 2019, the analyst said.

Bed Bath & Beyond needs to focus less on prioritizing profit above sales growth and more on improving its competitive positioning, Sigman said. The company faces growing competition from new retailers and online channels, so any upside in the stock is contingent on the company showing sales growth and, more importantly, market share growth, he said.

Citi: No Confidence In Outlook

Investors should "appreciate" management's dedication to improve the business, but it's difficult to envision margin pressures easing without any signs of top-line growth, McShane said in a note. Exiting the earnings report, the retailer is unlikely to be able to reduce ad spending or coupon promotions without denting sales, she said.

It's unclear how Bed Bath & Beyond can eliminate $300 million in costs next year in an accretive way given management's "spotty track record in setting annual guidance," the analyst said.

Related Link: Raymond James: Bed Bath & Beyond Could Be Unbound After Q2 Report

Morgan Stanley: Digging Beyond The Headlines

Bed Bath & Beyond's earnings beat of 18 cents versus the consensus estimate of 17 cents looks good, but "only on the surface," Gutman said in a note.

When excluding certain one-time items in the quarter, including a $30-million gain — or 16-cent benefit — from the sale of a building, the company's underlying EPS was 2 cents per share, the analyst said.

Investors pointing out that the real estate sale was offset by a shift in advertising spend in the quarter should note that the top-line performance was weaker, Gutman said.

Bed Bath & Beyond's guidance for flat or similar earnings in the coming fiscal year includes a a one-time gain that contributed 8 percentage points to earnings, Nagle said in a note. After a difficult period that included 26 consecutive quarters of EBIT declines, it is difficult to imagine how the company is "anywhere near an inflection or stabilization," he said.

Until Bed Bath & Beyond is able to show evidence that a sustainable turnaround is in place, 2019's outlook looks "aggressive," and the research firm continues to model a 32-percent decline in earnings, the analyst said.

Bed Bath & Beyond's earnings report was "not as good as the headline" suggests due to the one-time real estate transaction, Fadem said in a note. The one-time gain likely wasn't factored into consensus estimates and is now calculated in management's $2 EPS outlook for fiscal 2018 and 2019, he said.

This sets up a scenario where it will be "very difficult" for the retailer to hit its targets, and the immediate stock reaction to the upside could prove to be "short-lived," the analyst said. 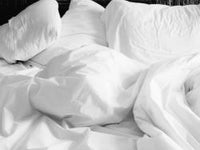 Bed Bath & Beyond Has Overshot Fair Value, Could Be In For 30% Downside: Analyst

Bed Bath & Beyond Inc.'s (NYSE: BBBY) fundamentals and valuation are at a disconnect, according to a KeyBanc Capital Markets analyst.  read more 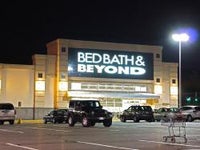 Home goods retailer Bed Bath & Beyond Inc. (NASDAQ: BBBY) has "many new tools in the basket" that position the home goods retailer to achieve its 2023 profit objectives, according to BofA Securities. read more 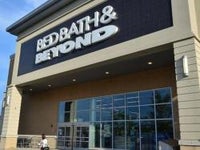 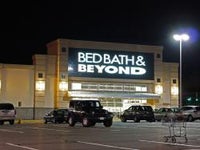 Bed Bath & Beyond Inc. (NASDAQ: BBBY) has strengthened its balance sheet and its near-term prospects have improved, according to Morgan Stanley. read more