Chipotle Mexican Grill, Inc. (NYSE:CMG) is scheduled to report its fourth quarter results Feb. 6, and investors are expecting an update to the company's search for a new CEO to replace Steve Ells.

Zackfia said Chipotle's below consensus quarter could be attributed to more difficult comparisons as the quarter progressed, a moderation of queso sales after the initial trial period in September and October, and reports in December of an illness associated with a California-based store.

The restaurant chain is likely to reiterate its 2018 guidance of opening 130 to 150 new stores, which implies a 5 to 6 percent unit growth. This would mark a decrease from the 7 to 8 percent growth seen in 2017 as management is focusing on various operational changes to improve training, integration, new restaurant openings, and other factors.

In terms of financial guidance, the ongoing search for a new CEO makes it unclear how much additional guidance will be provided, Zackfia said. The appointment of a new CEO will ultimately prove to be a "positive catalyst" and accelerate the company's turnaround. But until this is confirmed, investors could expect to see "significant near-term uncertainty."

Shares of Chipotle were trading lower by nearly 4 percent Monday at $331.46.

Steve Ells Returns To Sole Chipotle CEO Role; What Should We Expect?

Chipotle Shares Are Soaring, But Some Analysts Remain Bearish 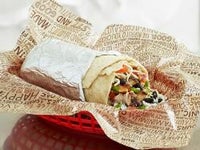