Facebook Inc (NASDAQ: FB) is scheduled to report its third quarter results after Wednesday's close. Stifel's Scott Devitt is expecting the report to show top-line growth for the 14th consecutive quarter after beating earnings and sales expectations in its second quarter print in late July.

Devitt is modeling Facebook's total revenue to grow 53 percent year-over-year in the third quarter to $6.7 billion, which marks a deceleration from last quarter's 60 percent year-over-year growth. However, the analyst believes Facebook will generate roughly the same incremental ad dollar growth in the third quarter as it did in the second quarter.

"This seems like a beatable hurdle since Facebook generated more than double the amount of incremental ad dollars in 2Q:16 as it did in 2Q:15 (~$1B vs. ~$500mm)," Devitt wrote. "Unless Facebook's strong 2Q:16 performance was aided by a material amount of ad dollars being pulled forward from 3Q budgets, we think the company is set up well to meet or beat our forecast.

Facebook's stock is expected to move 6 percent in either direction following its earnings release. Moreover, Facebook has missed its estimates just once dating back to 2012. 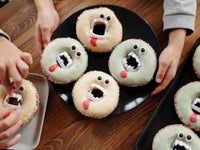 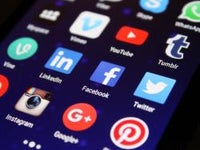