Las Vegas is not just a popular vacation destination these days. According to UBS analyst Susan Maklari, the Vegas housing market is heating up.

Gross says that construction has begun to pick up in recent months, as growing demand has driven down supply of finished vacant homes in the Las Vegas area to only 1.1 months compared to a historical average of around 2.5 months.

UBS is now forecasting a 10 percent increase in Las Vegas housing starts in 2016.

Maklari added that homebuilders seem to be shifting to homes with higher price points as well.

“Although this shift would appear to counter our channel checks, which indicate greater strength among entry-level buyers, the relative affordability of Las Vegas compared to other West Coast cities should offer support,” Maklari explained.

General economic trends in the Las Vegas area are also encouraging. Job growth is up about 3 percent in the past year. Roughly 77,000 new residents will have moved to the area in 2015 and 2016 combined.

Oppenheimer Weighs In On ITB, DR Horton And Home Depot 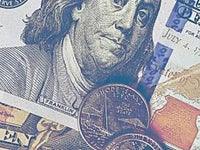 3 Sector ETFs That Added Lots Of Cash In January

The Risk Of Another Housing Market Crash