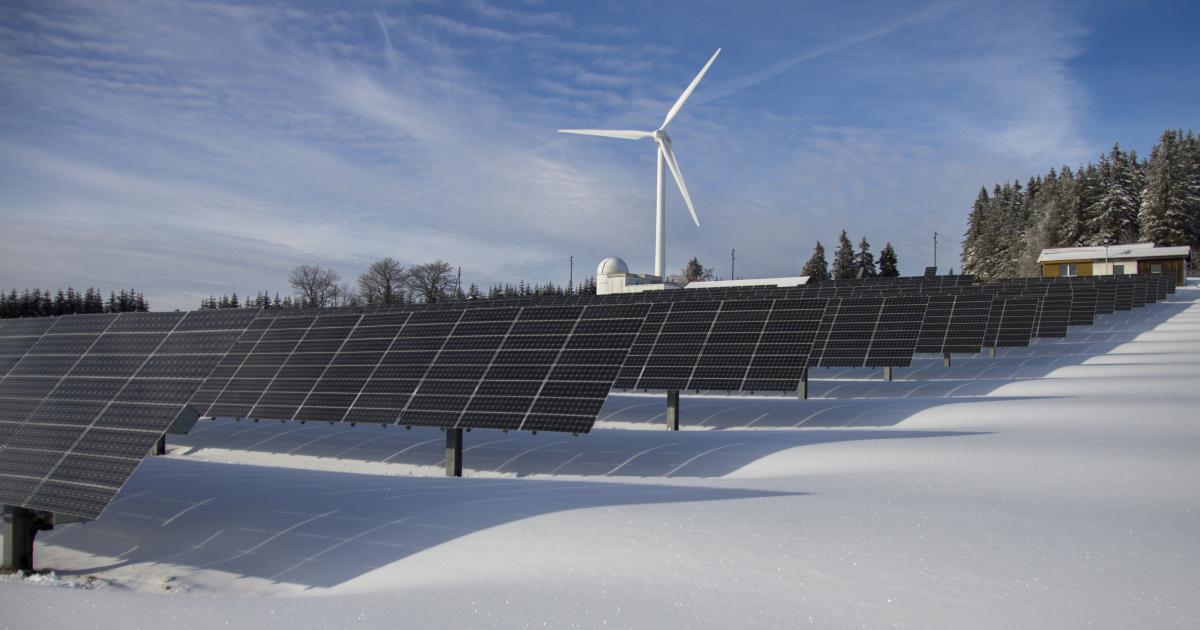 Alternative energy stocks and renewable power have always been something investors have considered. But it wasn’t until more recently that we’ve seen a true push from investors. The average investor would have thought of these as a complement to their investment strategy when considering energy stocks to buy. Heading into 2021, however, alternative energy stocks could be taking a bigger part of the industry’s spotlight.

A lot of that has to do with President-elect Joe Biden. His administration’s stance on fossil fuels or a lower dependence on them, has caused a shake up among energy stocks. The Biden administration has a $2 trillion plan to combat climate change by supporting things like solar energy as well as the development of battery technology, renewable energy and electric vehicles. Where oil and gas once ruled, we’re now seeing a much more aggressive and bigger boost in green energy lately. These aren’t just power generation companies. We’re also seeing infrastructure companies benefiting from a growing interest in alternatives.

What’s more is that the demand from investors for renewable energy stocks might have not been clearer than when nearly every one of the electric vehicle stocks exploded this year. It didn’t matter if the company had a prototype or even just a memorandum of understanding in place. If a press release made mention of the two words “electric vehicle” or “EV” traders were all over them.

There’s been a huge jump in new trading accounts in 2020 thanks to pandemic lockdowns and a slower economy leaving many out of work. According to brokerage growth statistics from the 1st 9 months of the year, there were likely 5 million new accounts created on Robinhood alone. Not considering any other platform’s growth, the flood of new traders looking for trendy stocks to buy has been incredible this year. We won’t get into the fact that many of these new traders still need to learn how to day trade, in general. However, at the end of the day, this flood has helped give certain niches a boost in the market; alternative energy being one of them.

Since the big boom in EV stocks, things in the industry have slowed a bit. Though we have seen a nice pop in companies like Tesla and Nio (NIO) this week thanks to Tesla’s entry into the S&P 500. Many investors consider Tesla’s including in the S&P a tough scenario to unwrap. Due to the fact that there are plenty of funds mirroring the moves of the index, firms like JPMorgan are having a debate on what’s best for their clients.

The firm advises they wait. With the surge in the price of Tesla stock over the last few months, even after its forward split, the EV maker’s shares are up over 640% year-to-date. Analysts at JPMorgan led by Ryan Brinkman said that investors called the bank wondering if there should be more buying of Tesla stock.

"Tesla shares are in our view and by virtually every conventional metric not only overvalued, but dramatically so," JPMorgan analysts wrote in a note to their clients.

But you can’t ignore the fact that Tesla continues to perform. Quarterly net income through the third quarter of the year extended the company’s consecutive quarter profit report to 5. The latest quarter saw the company report net income of $331 million. What’s more is that analysts at Morgan Stanley expect global electric vehicle sales to grow 50% or more in 2021.

Morgan Stanley analyst Adam Jonas said in the note that next year “is shaping up to be a critical year for EV adoption and (internal combustion engine) de-adoption that will dictate the pace of multiple expansion, contraction, consolidation and proliferation.”

If you look back during the month of November, when the bigger boom happened with electric vehicle stocks, we also began seeing a rotation or, rather, an addition of alternative energy stocks to the list of stocks to watch among day traders. The period between the end of September and early December saw both EV and things like solar energy stocks explode. While some of the momentum has faded for the EV stocks that weren’t as far along in their business models, momentum doesn’t seem to have subsided for things like solar. In fact, if you look at the Invesco Solar ETF (TAN), you’ll see how much solar has grown this year.

Since the beginning of the year, the ETF has climbed roughly 173% year-to-date. This is the biggest year the Invesco Solar ETF has seen since 2013. By far, however, 2020 has been a milestone year for the ETF. Without getting into the solar panel makers yet, we can see that infrastructure companies like Enphase Energy Inc. are gaining plenty of interest already. The company has built its brand on solar system installation and just recently launched an entire installer network in Australia.

“Our focus on quality meant that we were the first solar installer in Australia to realize the major advantages that Enphase products deliver, not only for our customers, but also in ease of installation, service, and large-scale fleet management,” said Jonathan Fisk, director at Solaray Energy, an Enphase Platinum Installer in a press release.

One of the reasons to watch Enphase right now is its focus on expansion. Right now the company has deployed systems in more than 130 countries. The addition and inclusion of this Australian installation network further cements its global footing. Furthermore, stateside, the company has focused on strategic deals to extend its national reach in places like Florida where Enphase partnered with Cutler Bay Solar delivery 1.5 MWh of battery storage systems to Florida homes.

Will Solar Stocks Emerge Victorious In 2021?

You’ve also got other companies like First Solar, Sunrun, and SunPower focused on solar and storage solutions in numerous markets. All three of which have also wowed analysts as several have adjusted price targets much higher in recent weeks. First Solar, for instance saw J.P. Morgan analysts boost their target from $94 to $101 earlier this month. Oppenheimer boosted its $55 price target to $65 on Sunrun in November and Roth Capital revised its $10 target on SunPower higher to $15 last month as well.

In December, Sunpower was granted a US patent titled “Shingled solar cell module comprising hidden tap interconnects”. Effectively, the ability to configure cells in such a manner allows the company to create “super cells” that ultimately increase efficiency of the cells themselves.

On a smaller cap side, ReneSola is another solar project company that investors may be keen to follow heading into the new year. This is a much more volatile stock thanks to its price and share structure. However, over the last 5 months, the company itself has come into its own. In December, alone, ReneSola sold a portfolio of solar parks in Poland totaling 16 MWW of projects. The company could also continue benefiting from certain global initiatives that could drive revenue growth.

For example, the recent decision by the Ministry of Finance in China now as the governing body accepting renewable energy projects for incentive payments. This is all in support of China’s policy on going carbon neutral by 2060. ReneSola’s 32 projects in the first batch of qualified projects yielded 10 that were approved for payments. The others are currently under review. In total, the projects encompass some 90MW and the company is expecting to receive incentive payments in the new year.

Photo by Pixabay from Pexels.