Yeti's Stock Sitting Out Under Blue Skies: A Technical Look Heading Into Earnings 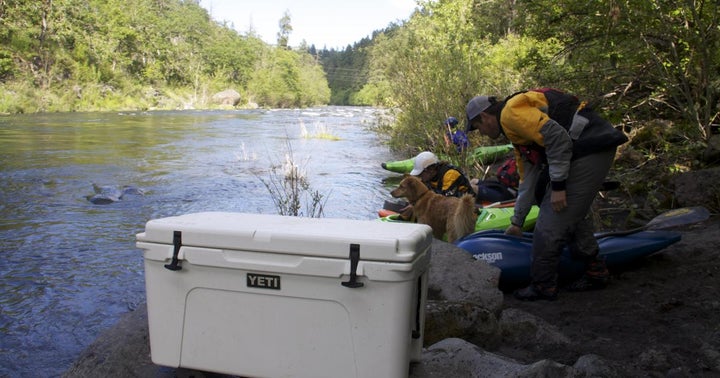 Yeti Holdings Inc (NYSE:YETI) is set to report its first-quarter 2021 earnings before the opening bell on Thursday.

When the high-end outdoor products manufacturer printed its fourth-quarter 2020 earnings on Feb. 11, its stock gapped down almost 10% despite the company beating expectations. Yeti reported sales of $375.8 million, a 26% increase from the same period the year prior. The company’s adjusted earnings per share increased 70% year-over-year and came in at 74 cents.

Yeti’s stock had run up 22% in the eight days prior to its fourth-quarter earnings release and when a stock runs into a known event, it's more likely to sell off following the news.

Traders should keep in mind, however, that earnings reactions are often arbitrary.

The Yeti Chart: Yeti’s stock has been trading in a sideways pattern for the better part of the past three weeks. Although it made a new high on Monday, the stock didn’t get bullish continuation and on Tuesday it pulled back in sync with the general markets but held a support level near $84.50.

Tuesday morning’s sell-off caused Yeti to lose the eight-day exponential moving average (EMA) as a support and on Tuesday afternoon when bulls came in to buy the Yeti dip, the stock rejected the eight-day EMA as resistance and closed just below it. Yeti’s stock is trading above the 21-day EMA and the 200-day simple moving average, which are both bullish indicators. 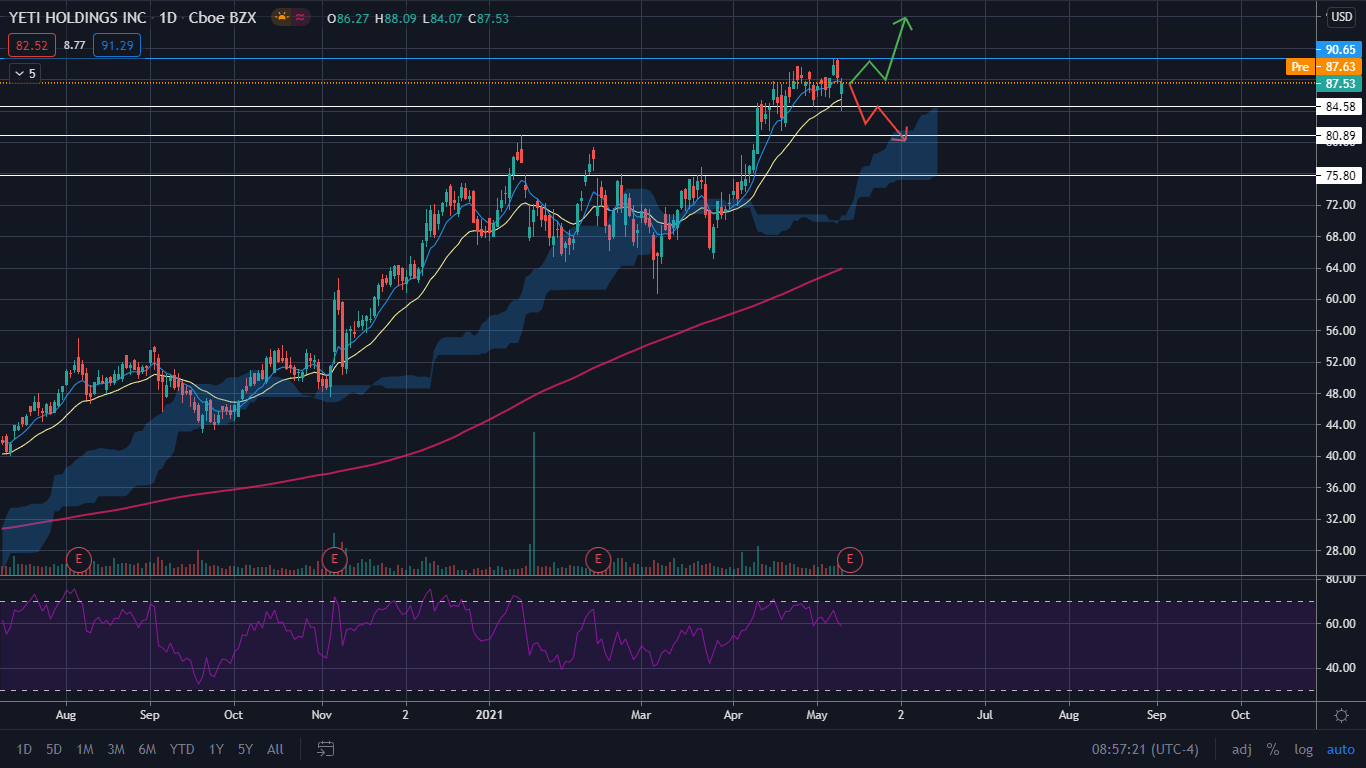 Bulls want to see a bullish reaction to Yeti’s earnings to push it back up towards all-time highs. If Yeti can break to a new all-time high, with bullish momentum, it has no price history to act as resistance above.

Bears want to see a bearish reaction to Yeti’s earnings and for the stock to drop down and lose support at $84.58. If the stock was unable to hold the support level it has room to drop down to the $80 level. 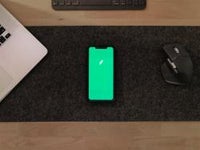 3 Outdoor Stocks To Watch For Summer 2020

People are chomping at the bit to finally get outside after months of hunkering down during quarantine. One saving grace for many was the fact that the nationwide lockdown from work, school, and general public activity took place during the cooler months of late winter and spring. read more 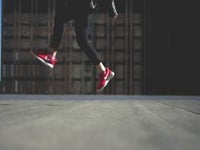