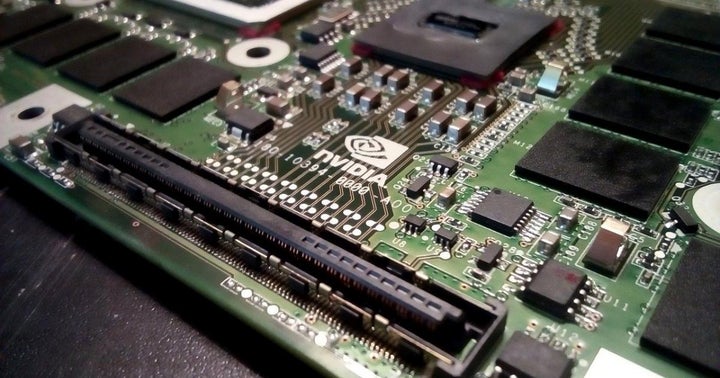 Semiconductor maker Nvidia (NASDAQ:NVDA) long ago attained story stock status, but the company is adding new chapters to that book this year.

Nvidia enters Tuesday about $50 billion shy of Intel (NASDAQ:INTC) for the title of largest U.S.-based semiconductor company by market value.

With a price tag of $361, Nvidia isn't cheap by that metric and it's rapidly becoming difficult for smaller investors to amass large positions in the name. Enter exchange-traded funds.

An interesting thing about Nvidia's relationship with the 232 ETFs in which it resides is that some of the funds with the largest positions in the stock aren't dedicated chip ETFs. Here are a few to consider.

The Global X Robotics & Artificial Intelligence ETF (NASDAQ:BOTZ) isn't just one of the largest robotics ETFs. It's the ETF with the largest Nvidia exposure and it's not a particularly close competition. BOTZ allocates 13.36% of its weight to the stock, an advantage of about 400 basis points over the next closest fund.

Considering Nvidia's exposure to machine and deep learning, which are at the epicenter of a slew of artificial intelligence trends and technologies, the large weight BOTZ has to the stock is sensible.

It's also meaningful as highlighted by BOTZ gaining nearly 18% over the past month.

Fun fact about the VanEck Vectors  Video Gaming and eSports ETF (NASDAQ:ESPO) and its 8.61% weight to Nvidia: only one dedicated semiconductor ETF has a larger allocation to the stock.

As is the case with BOTZ, ESPO's Nvidia weight is sensible given the chip maker's rich tradition of producing graphics processing units (GPU) used by gamers, but there's more to the ESPO/Nvidia story and it has to do with the latter's exposure to cloud gaming, which is a new frontier of gaming industry growth.

“Cloud gaming has multiple benefits for gamers. It’s much cheaper since there’s no need to buy consoles or gaming PC’s, and if the user’s smartphone or other connected device breaks or freezes temporarily while cloud gaming, the game can be picked up at the same exact spot later. The biggest benefit for cloud gamers, though, is that they can play any game they want, anywhere they go, and on any device they choose,” according to IHS Markit.

The Inspire 100 ETF (NYSE:BIBL) is a faith-based ETF with some environmental, social and governance (ESG) leanings. The fund excludes companies with exposure to gambling, alcohol, tobacco, pornography, the LGBT lifestyle and civil rights violations.

Exclusionary tactics such as those often lead to large technology weights and BIBL has that at over 21%. Nvidia is the fund's largest component at north of 5%.

The Good Book In An ETF