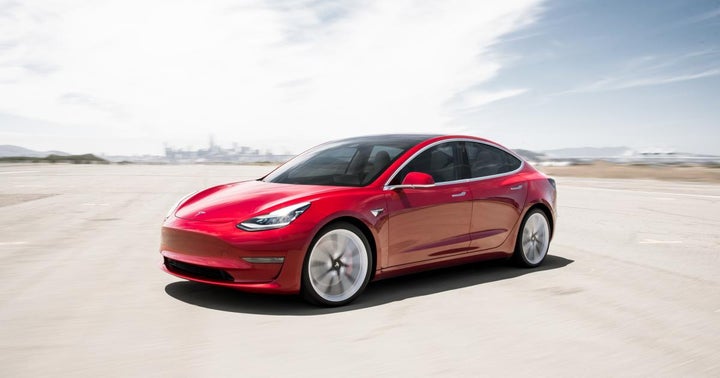 It's been a good couple of months for Tesla Inc (NASDAQ:TSLA).

As the stock has soared to new highs in recent month, the quirky outfit that owner Elon Musk says is a tech company that happens to make cars got a new plaudit this week: Its Model 3 is the top electric vehicle of 2020, according to Consumer Reports.

Of the 10 vehicles named at the top of each type, the Tesla was the only winner made by an American company, joining a list that included several Japanese models and one from Korean automaker Kia.

"The Model 3 proves that EVs can challenge conventional upscale sedans by offering invigorating performance with a high-tech vibe," Consumer Reports wrote in its "Best Cars of the Year" report. "The car’s superb handling and quick, precise steering help it feel like a sports car. The Model 3 has excellent visibility and a stark interior dominated by a floating 15-inch touch screen that governs many controls."

The consumer magazine did find two drawbacks to the Model 3, saying it has a "stiff ride" and is subject to notable wind noise: "But its long range of 250 to 330 miles (depending on the version) and green credentials offset those drawbacks."

There was a change in the way Consumer Reports picked its best models this year; for the first time only including cars that have standard pedestrian detection that can sense people in a car's path and automatically apply brakes.

Other cars chosen as the best of each type of model by Consumer Reports included:

Tesla Charges Ahead In Efforts To Achieve 400 Mile Range