3 Popular ETFs With No Tesla Exposure 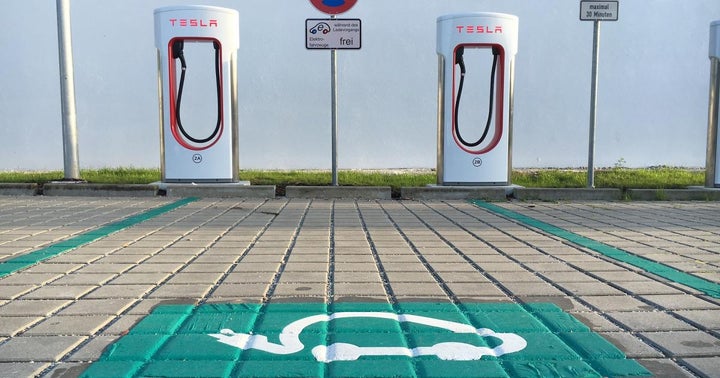 To say Tesla Inc (NASDAQ:TSLA) has had a wild week would be an understatement. After ascending to almost $969 on Tuesday, the electric vehicle maker closed around $749 on Thursday. Even with that slide, the stock enters Friday up nearly 17% over the past week.

While plenty of articles have been written about exchange traded funds with significant Tesla exposure, it almost feels like heresy to discuss the fund's that are light on Elon Musk's company. But as CFRA Research Director of ETF & Mutual Fund Research Todd Rosenbluth points, some well-known ETFs have no exposure to shares of Tesla.

Here are some prominent examples.

“The S&P 500 Index requires a company to generate four consecutive quarters of positive GAAP earnings before the stock is eligible to be added following an index committee vote,” he said. “While TSLA reported GAAP EPS of $0.58 in the fourth quarter of 2019, pushing its string to two quarters, CFRA Equity Analyst Garrett Nelson highlights that Tesla announced a delay in vehicle deliveries from its recently-started China factory due to the coronavirus outbreak.”

Plenty of folks think of Tesla as technology company and perhaps a time will come that it's moved to that sector, but for now, the company, like auto manufacturing stocks, resides in the consumer discretionary sector.

The iShares S&P 500 Growth ETF (NYSE:IVW), as is the case with the aforementioned S&P 500 ETFs, isn't alone in its exclusion. In addition to the iShares fund, several rivals track the S&P 500 Growth Index and Tesla isn't yet part of that benchmark.

Based on Tesla's market value of almost $133 billion at Thursday's close, if the stock entered the S&P 500 Growth Index tomorrow, it would be the third-largest consumer discretionary name in the benchmark, behind only Amazon and Home Depot (NYSE:HD).

Rosenbluth has Overweight ratings on all of the ETFs mentioned here.

Three of the biggest Big Data stocks are at important inflection points, and that could mean big moves are coming. Microsoft Corporation (NASDAQ: MSFT) is overbought. This could bring sellers into the market who will drive the price lower. read more

Amazon Stock Runs Up Towards Resistance: Technical Levels To Watch