So far, 2019’s market trends have been pretty generalized. After a volatile December, an intensely bullish January lifted equities across the board. But while the S&P 500 is up 9.5 percent year-to-date due to the strength of U.S. large-cap stocks, it’s actually the Russell 2000 and S&P Mid-Cap 400 that have shown the best growth since 2019 began, with each index up over 14 percent YTD.

To get a sense of which areas of the market hold the most promising portfolio additions, let’s take a look at online investment research platform Quantamize’s Global Top Stock Ideas, which uses AI-driven multi-factor modeling to constantly update long and short recommendations for stocks across more than a dozen global equity categories.

Because they’ve outperformed large-caps year-to-date, we’re going to focus on the small- and mid-cap stocks, which have market caps between $300 million-$2 billion.

According to Quantamize’s Q-Factor score, the industrial sector has the highest concentration of Top Buy candidates. Standouts in the machinery industry like Donaldson Co, Inc. (NYSE:DCI) Federal Signal Corp. (NYSE:FSS) and Albany International Corp. (NYSE:AIN) represent severely undervalued plays within a sector that has posted substantial gains over the first six weeks of the year.

At a glance, Albany represents an undervalued name compared to other small- and mid-caps as well as other industrials. 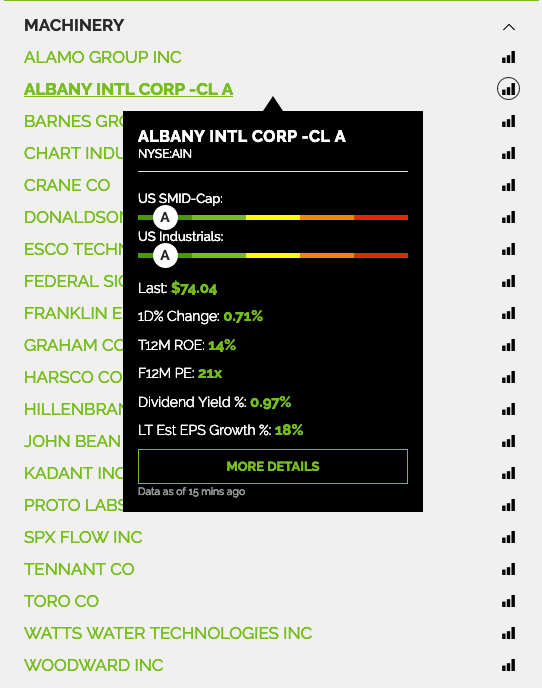 Looking a little deeper on Quantamize’s company pages, we can see that Albany’s MACD is currently narrowing, with the stock’s 50-day average beginning to form a bullish cross on both the 100- and 200-day moving averages.

However, you can also see that, according to its RSI, the stock is within overbought territory. It might be a stronger candidate following a bit of consolidation in the near-term.

One standout is Selective Insurance Group (NASDAQ:SIGI), which in addition to coming off a strong quarterly earnings report, has one of the lowest forward P/E ratios of the lot, making it a strong growth candidate. 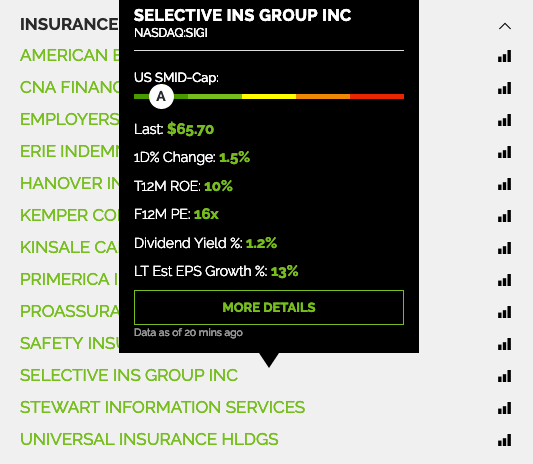 We can take a look at SIGI’s other ratios in its details page to see that it has consistently shown an ability to grow its returns from asset and capital expenditure. The company has also managed to keep its combined ratio, the sum of an insurer’s annual liabilities, below 100 percent, indicating a good underwriting track record. 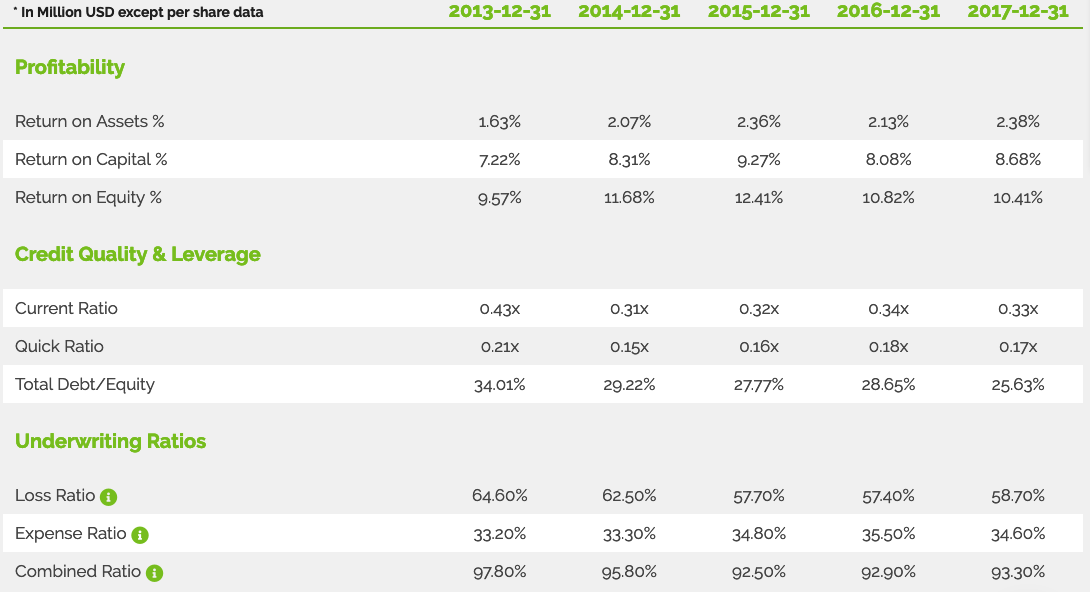 While the top shorts list for small- and -mid-cap stocks is characteristically populated with volatile biotech and pharmaceutical names, we can also see a few industries that have overperformed in the first few weeks of the year.

Among the Top Short candidates at the moment are U.S.-based energy concerns like Kimbell Royalty Partners LP (NYSE:KRP) and Berry Petroleum Corp. (NASDAQ:BRY), which are both up roughly 30 percent YTD despite record high inventories and an overall global glut of oil. Brent Crude and WTI prices have both seen a boost in the new year thanks to OPEC nations tightening supply in the international market. However, extended forecasts for the oil grades are less buoyant with the EIA in its monthly report expecting a near-term drawdown in demand. 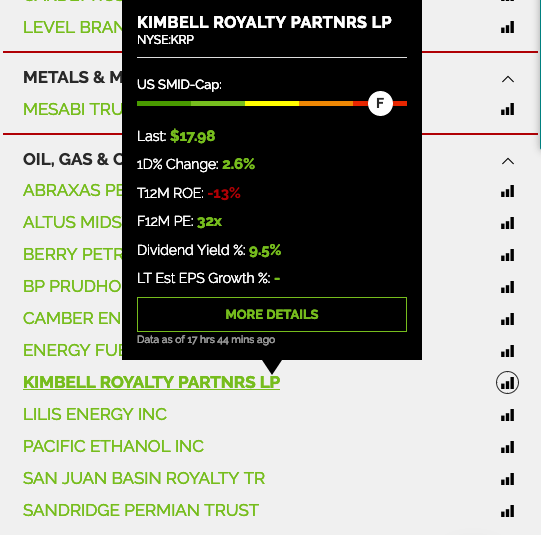 You can see in that image how KRP is overvalued compared to other small- and mid-caps, according to Quantamize, and has unfavorable trailing 12-month return on equity. Popping into its company page, Kimbell’s technical picture bears this out.

The chart’s Bollinger bands widened substantially throughout 2018, indicating KRP became much more volatile through 2018, prior to the overall volatility of 2018’s Q4. Its current trajectory has it trading well above even that generous range, indicating increased downside potential.

The information technology sector is also one to watch closely, as it’s especially prone to massive rallies based purely on hype (NYSE:SMAR) and Phunware Inc. (NASDAQ:PHUN)). One such name that may find itself just a little too overbought is Shotspotter (NASDAQ:SSTI), which is trading 480-times its forward P/E ratio.

According to Quantamize’s model, this name is dramatically overvalued compared to its IT peers as well as other stocks in the small- and mid-cap range. SSTI also reports earnings after market hours on February 19, and the recent rally suggests the stock will have to dramatically exceed expectations to justify its price. 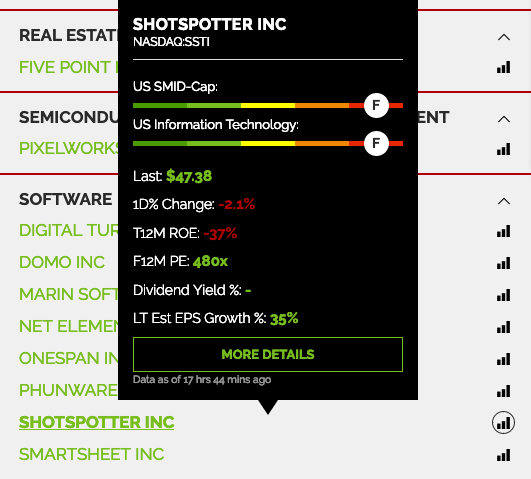