The following stoks are currently in the midst of notable trends according to VantagePoint ai, a charting platform that uses intermarket analysis and artificial intelligence to predict future price action 1-3 days in advance. For a more detailed look at VantagePoint's charts, click here.

Shares of Cintas Corporation (NASDAQ: CTAS) have struggled the last two months. Since hitting an all-time high of $217.34 on Sept. 7 shares of the business services company have fallen 16 percent. But the bottom appears to be in, according to VantagePoint's two predictive indicators. The first, a blue 72-hour predicted moving average, as steadily bounced higher than the stock's 10-day moving average, shown as a black line on the chart below. Each crossover of the blue line over the black is a bullish signal.

In addition, the red-green bar at the bottom of the chart—a predicted neural index that forecasts whether a stock will close higher or lower in the next 48 hours—has also been mostly green in November, indicating that the stock has been wanting to move higher. 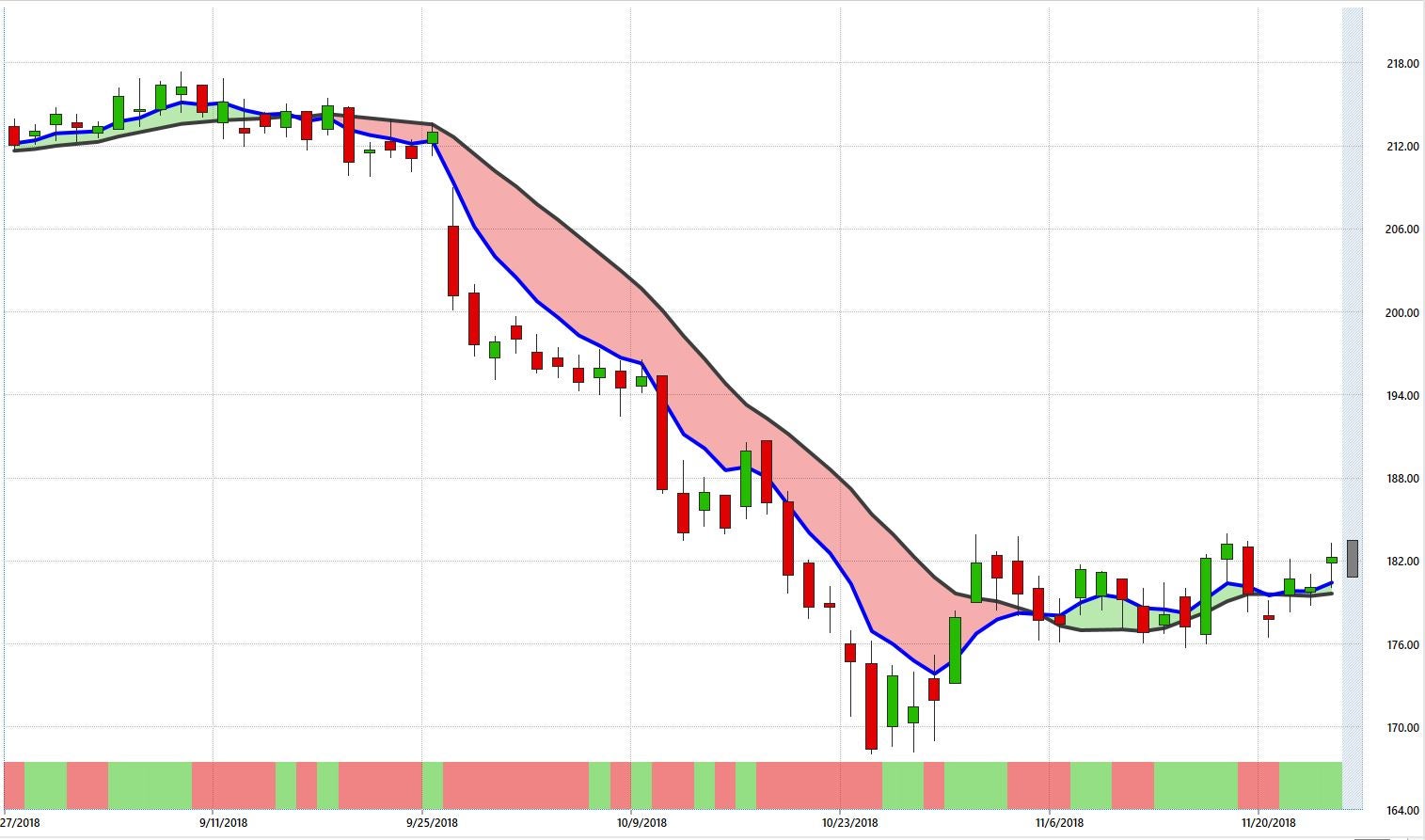 Shares of JetBlue Airways Corporation (NASDAQ:JBLU) had a bullish crossover on Oct. 30 when the stock opened at $16.36. Since then, shares of JBLU are up 16 percent as the stock has regained nearly all it's losses from September. Despite some weakness in early November, it was able to rebound off the $17 level. Since then VantagePoint's predictive indicators have both turned positive, indicating the stock is likely to go higher. 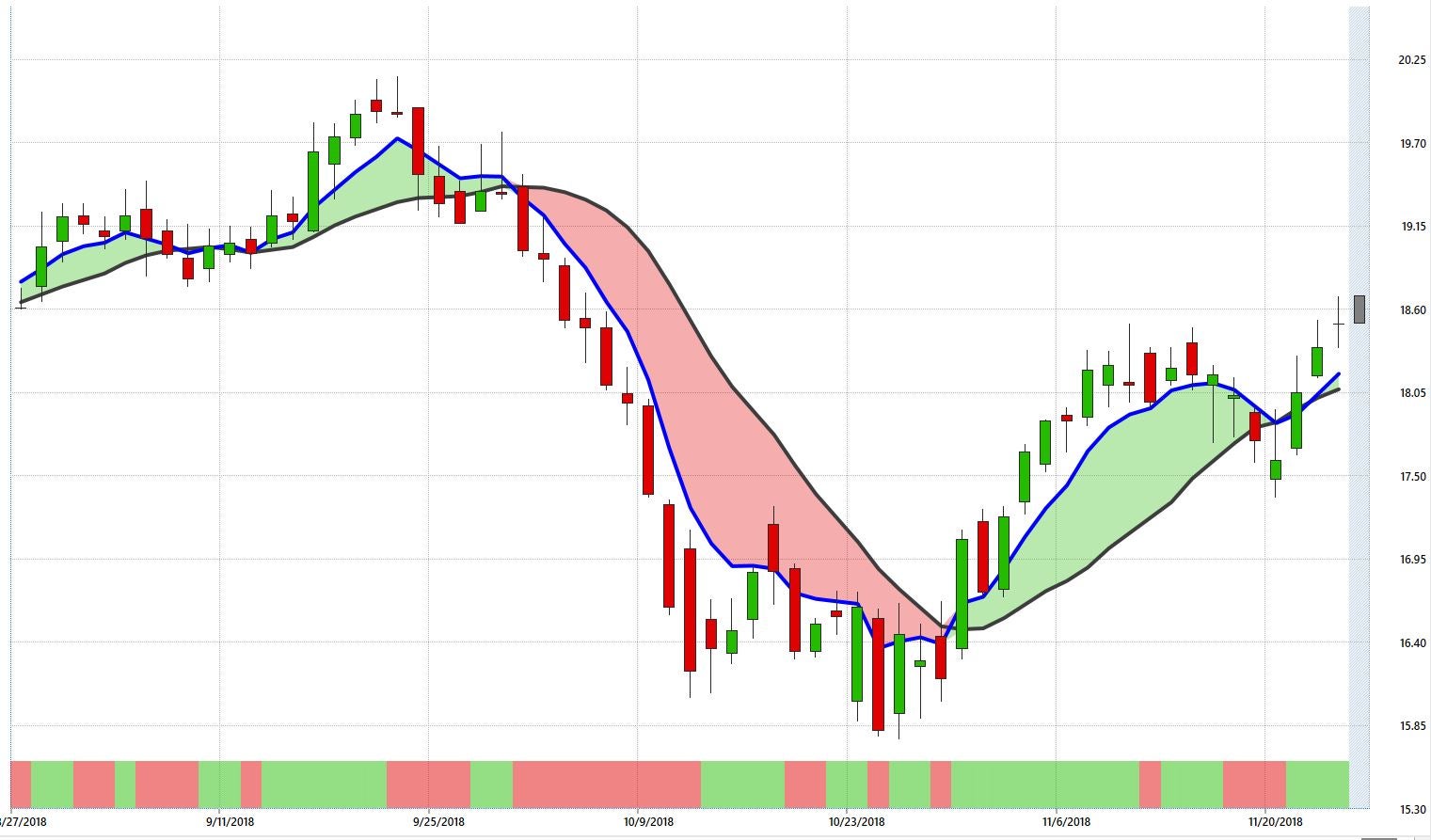 D.R. Horton Inc (NYSE:DHI) has gotten hammered in 2018, as have the rest of the homebuilders. But the stock has been on a bit of an uptrend of late. DHI has now traded higher in six of the last seven trading days, including Tuesday. Since bottoming out on Nov. 15, the stock is up 12 percent. And according to VantagePoint, that uptrend is expected to continue this week as both the neural index and predicted moving average are forecasting continued upside. 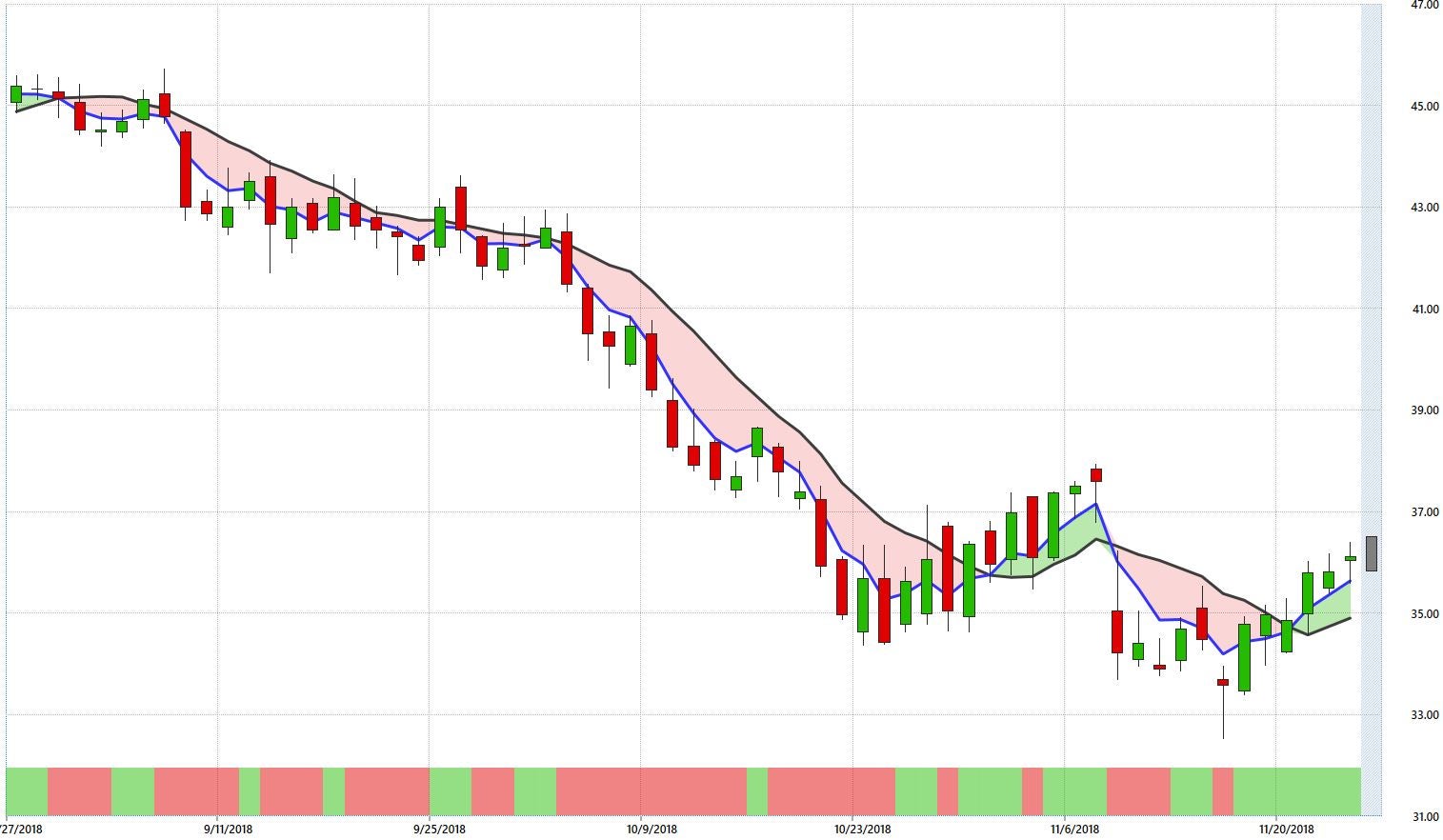 PulteGroup, Inc. (NYSE:PHM) has a similar story to DHI, the only difference is that this one has been rallying since reporting strong earnings on Oct. 23. PHM hit a low that day of $20.64, and it has since rallied nearly 30 percent. Despite some periods of weakness over the last 5 weeks, the predicted moving average on VantagePoint has largely stayed above the simple 10-day moving average. As long as that remains the case, this stock is in an uptrend. 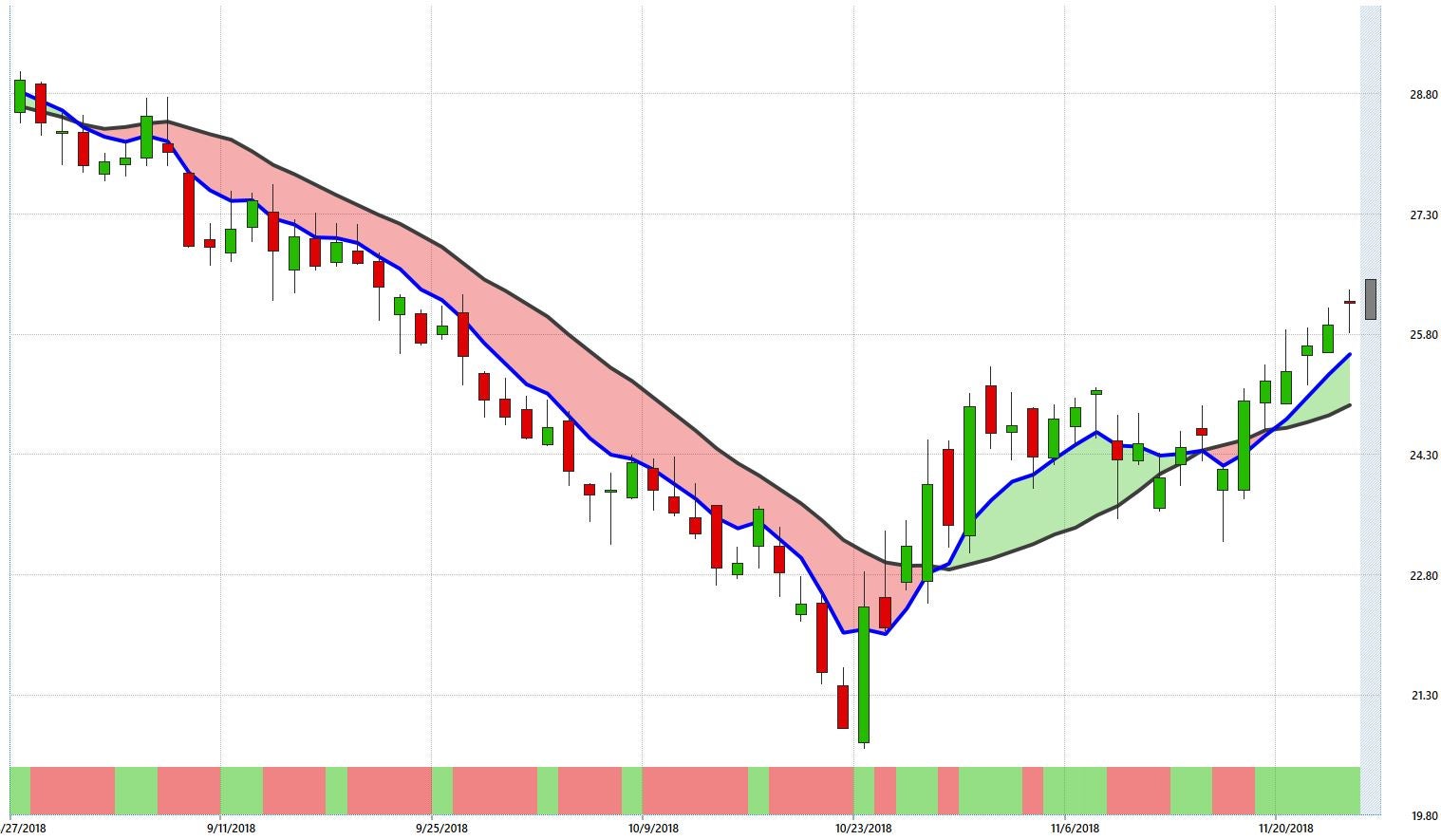 VantagePoint ai is a content partner of Benzinga. To see what their indicators say about other stocks, futures, commodities or ETFs, or to get a free demo, click here.

4 Stocks In Bullish Uptrends This Week

The U.S. presidential election will likely be a major stock market catalyst. Traders are already trying to identify the best “Biden stocks” or “Trump stocks” that could rally depending on the election outcome. read more

As the broad market knocks on the door of all-time highs in the midst of a still-raging public health crisis, traders have had to simultaneously ride the bullish wave (in most sectors) while also moderating their expectations for corporate earnings. read more

Bulls And Bears Of The Week: Apple, Oracle, US Steel And More

Benzinga has examined the prospects for many investor favorite stocks over the past week. This week's bullish calls included the iPhone maker and an e-commerce giant. An electric vehicle manufacturer and a steel colossus were among the bearish calls. read more