Is The Rally Over For Gold?

The October sell-off in U.S. stocks had one silver lining—or maybe it was a gold lining. October was the best month for gold since January, and only the third green month for the commodity in 2018.

In fact, October’s rally snapped a six-month losing streak for the yellow metal, the longest such streak since 1989. So needless to say, this was a bit of an unfamiliar feeling for gold bugs. Not only did the price of gold rise during the month, but two of the largest gold miners in the world, Barrick Gold (NYSE:ABX) and Randgold Resources (NYSE:GOLD) rose 13 and 11 percent respectively.

But the temporary party seems to be over, according to VantagePoint ai. VantagePoint’s artificial intelligence and intermarket analysis signals make 1-3 day forecasts accurate up to 86 percent of the time. Using those predictive indicators, gold looks primed to give back some of those recent gains.

Let’s take a look at some charts.

All the charts below are three-month charts, where one candle represents a day of trading. The blue line is a predicted moving average and the black is a 10-day moving average.

Looking at the gold futures, the chart doesn’t look pretty. 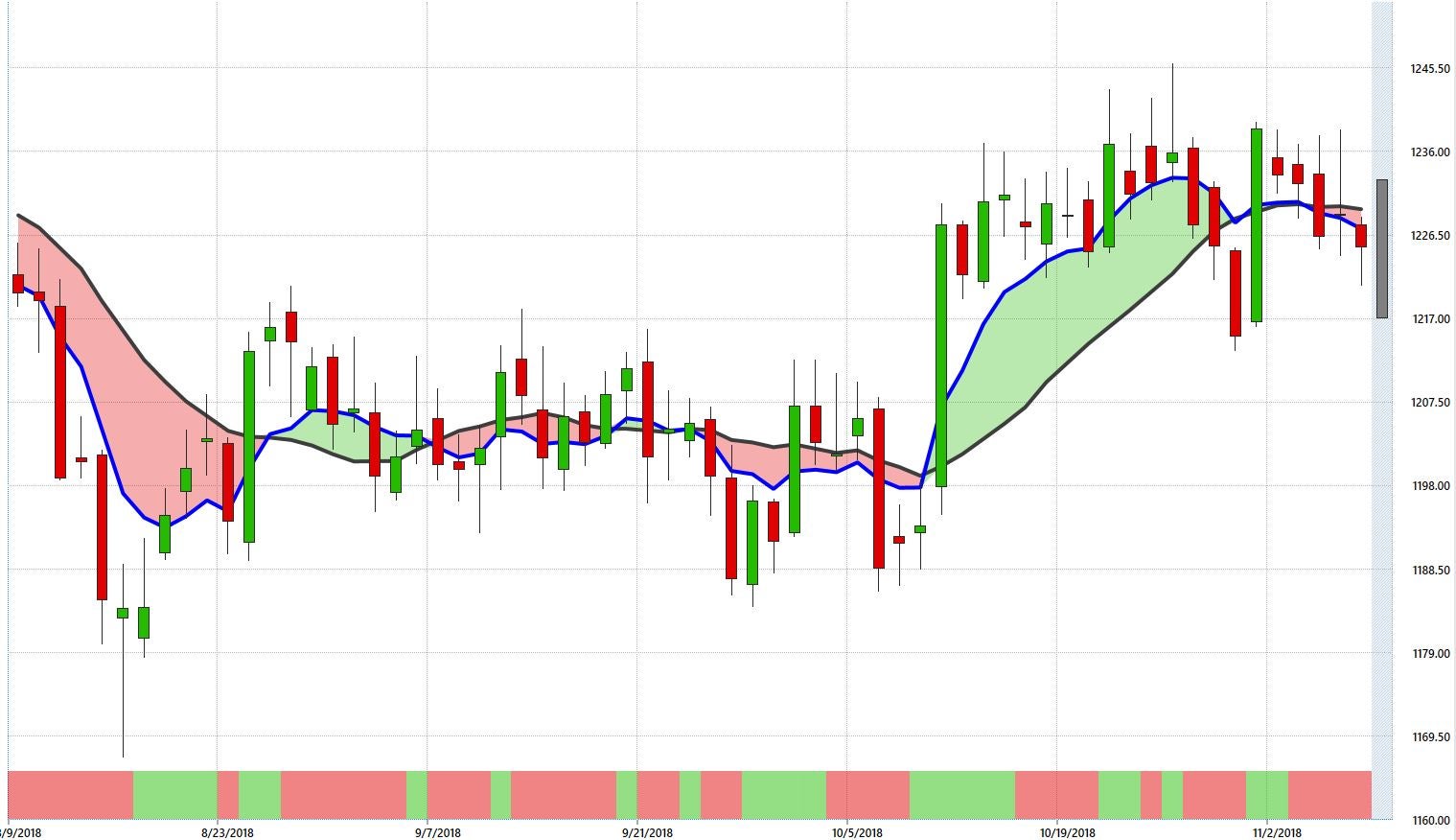 The idea is that a trend change is represented by the two moving averages crossing over. In this case, the blue line has just crossed below the black line, indicating a bearish reversal. Gold’s down day on Thursday gives us some confirmation of this trend.

On top of that, the red-green bar at the bottom of the chart, a predictive neural index that forecasts strength or weakness over the next 48 hours, is back in the red, telling us to expect further downside at least through the end of the week.

The world’s largest gold miner also looks precarious. The stock had a bearish crossover on Oct. 25, and the neural index has been forecasting weakness since the 23rd. 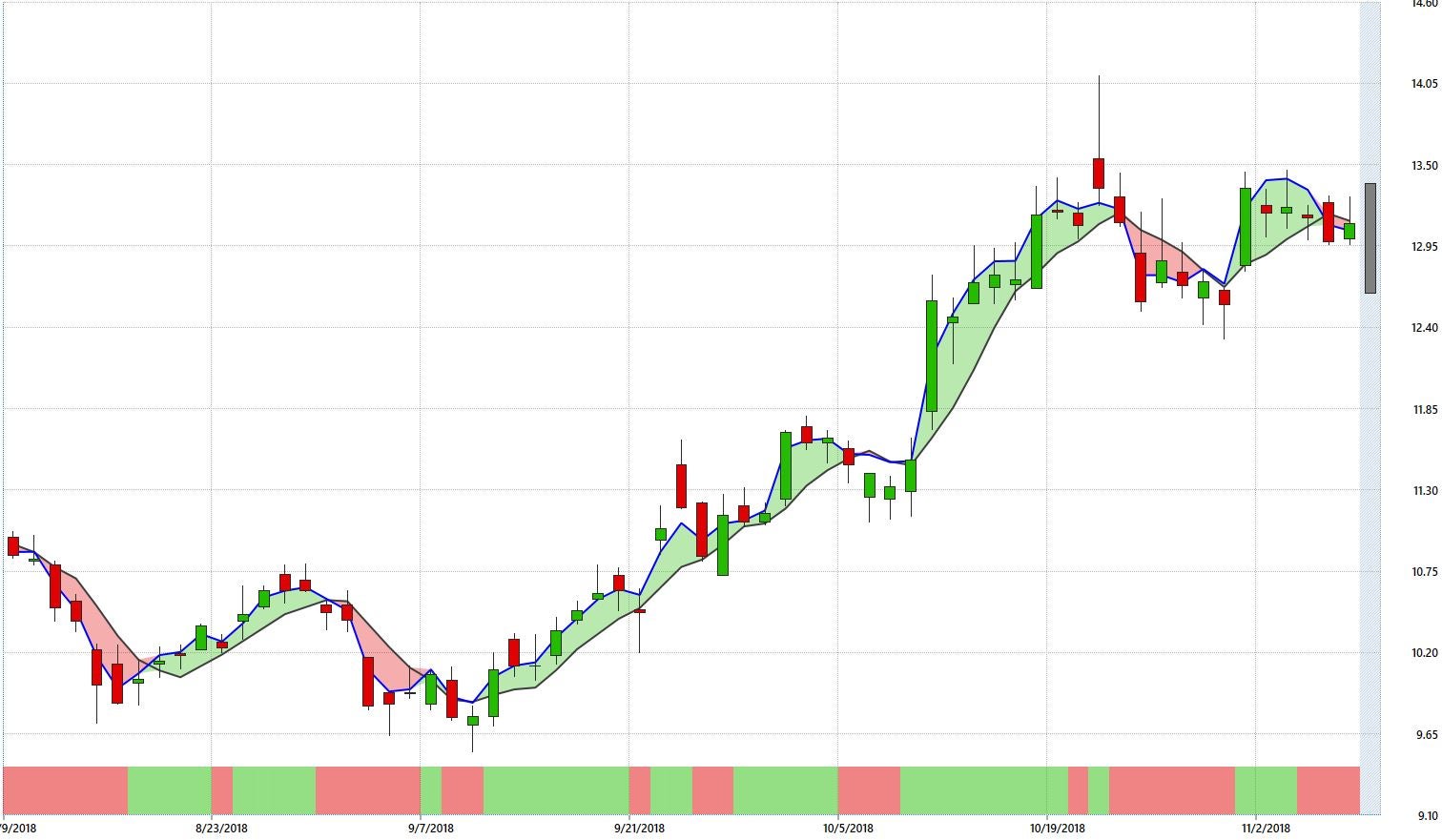 Barrick Gold has now dropped a little over 10 percent in the last week and a half. And the sudden rise from $11-12 in early October tells us there isn’t a lot of meat on the bone for bulls in that area. The fact that the neural index has been red for the last three days is a bearish signal. 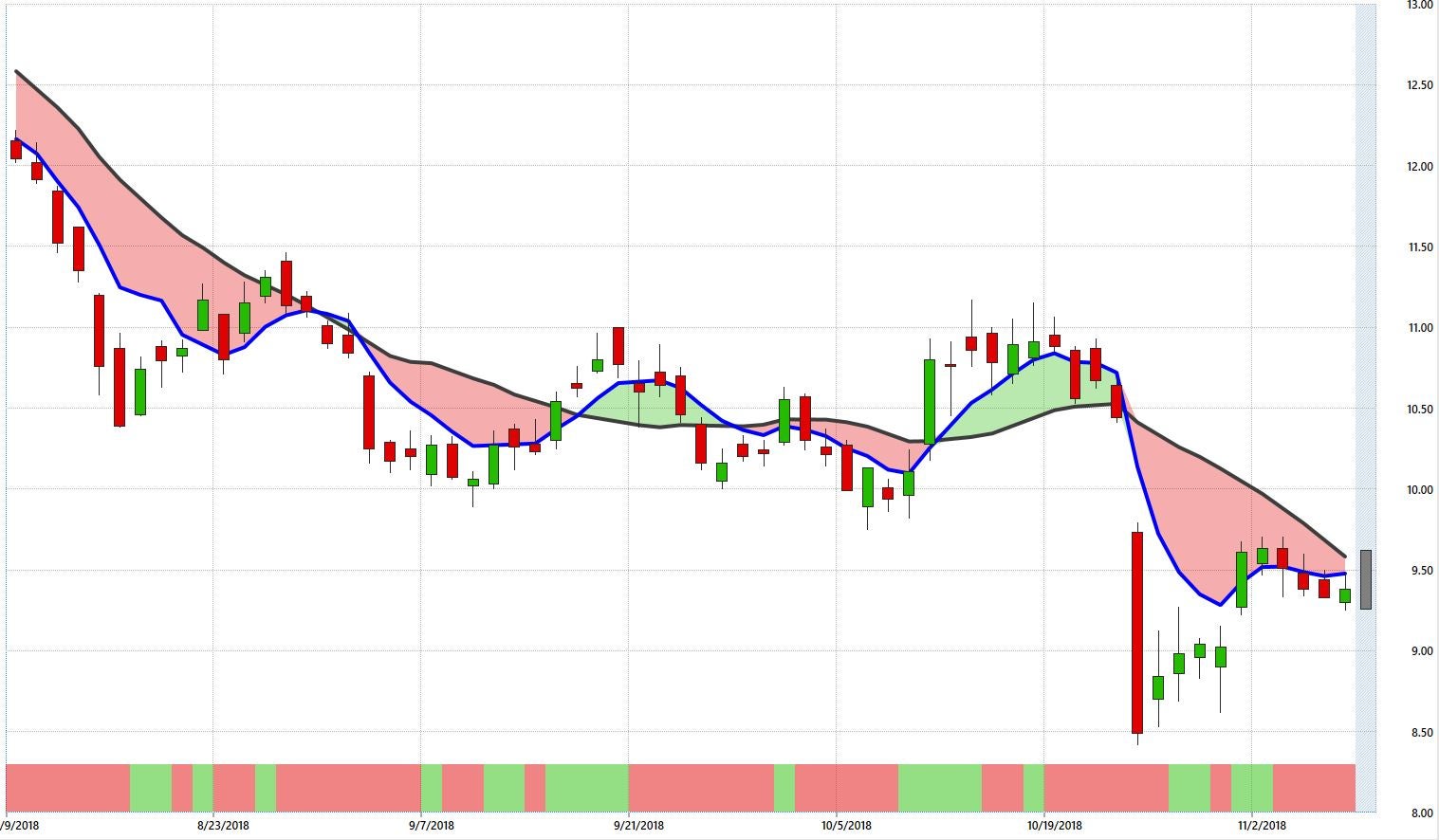 Goldcorp is the fifth-largest gold miner in terms of market cap. Despite a slight 15 percent post-earnings rally, shares of GG have started to give back those gains. The story here is that GG failed to break through the $9.70 level two days in a row, and now looks primed to head lower. Both of Vantagepoint's main indicators, the predicted moving average and neural index are forecasting the stock to continue lower Friday. 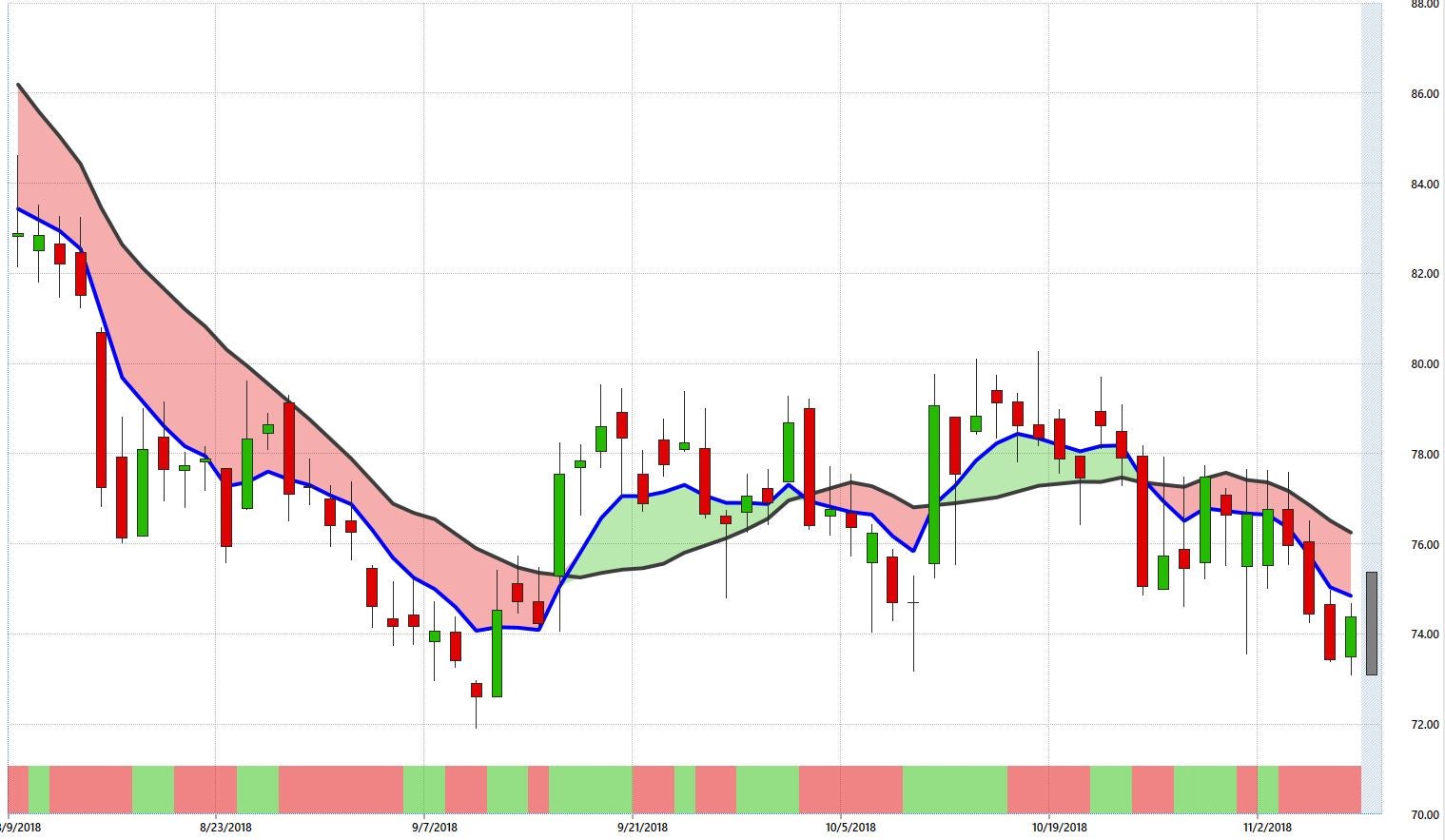 Royal Gold, Inc (NASDAQ:RGLD) had a big bearish crossover on Oct. 25. A weak earnings report has contributed to the stock failing at $77 seven times since then, and RGLD is down 6 percent in that time. The fact that the two moving averages have only diverged further the past few days tells us that this downtrend has gotten stronger.

GOLD and ABX are highly correlated to each other, so moves in one will likely be replicated by moves in the other. This makes the two stocks optimal for arbitrage traders who trade inefficiencies between stocks. If the ABX-GOLD relationship ever becomes decoupled, that tells traders that there’s an inefficiency somewhere in the market that can be exploited.

In the long-term, gold may very well have value as a hedge against inflation. But if the last few days tell us anything, it’s that gold stocks and futures are to be sold in the short-term. Gold bugs waiting on gold to finally come back to its 2011 highs will have to keep waiting for now.

Citi Digs Up A Neutral Rating For Kinross Gold