The Global X MSCI Colombia ETF (NYSE: GXG) is one of this year's best-performing single-country emerging markets exchange-traded funds, with a gain of 30.4 percent.

Bullishness for GXG and Colombian stocks and GXG is largely attributable to rebounding commodities prices, but another catalyst could boost equities in South America's second-largest economy. Colombia's government and the guerrilla rebels of the Revolutionary Armed Forces of Colombia (FARC) have reached an agreement to end a war that has spanned more than five decades.

Political, Civil Unrest May Come To An End

“The announcement brings the end of Colombia's half-century-old internal conflict within sight. After almost four years of negotiations, the Santos administration and the FARC have finalized agreements on five broad areas: comprehensive agrarian reform, political participation for former rebels, antidrug trafficking efforts, a cease fire and rebel demobilization, and victim reparations. Implementation of the peace agreement will be monitored by a local special commission with the participation of international observers,” said Fitch Ratings in a recent note.

Although it has struggled along with other emerging markets single-country ETFs in recent years, GXG tripled in its first two years of trading as the Uribe and Santos administrations made bolstering Colombia's domestic security cornerstones of their agendas.

The 52-year war between FARC and the Colombian government claimed over 220,000 lives. Still, economic issues linger, which could server to damp the near-term potential of GXG and Colombian stocks. 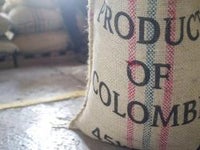 Commodities Call For The Colombia ETF

Evaluating The Resurgence of Colombia ETFs