Not that further validation was needed — at least not after smart or strategic beta exchange-traded funds ended last year with $616 billion in assets under management, but more data suggest these funds will continue an already astounding growth trajectory.

Smart Beta ETF Use On The Rise

Importantly, and much to the chagrin to the often vocal critics of ETFs who do not adhere to traditional cap-weighting strategies, much of the new growth for smart beta ETFs is expected to come professional investors that previously have not embraced strategic beta.

As smart beta usage increases at the institutional level, the number of professionals saying they have not evaluated such strategies is declining in dramatic fashion. In FTSE Russell's 2014 survey, 40 percent of respondents said they had not considered smart beta. This year, that number is just 12 percent.

FTSE Russell's smart beta findings jibe with those of other data throughout the ETF industry. Earlier this month, BlackRock revealed data that show smart beta ETF assets will reach $1 trillion on a global basis by 2020 and then more than double to $2.4 trillion by 2025. The global ETF industry currently has north of $3 trillion in assets under management.

Not surprisingly, portfolio allocations, on a percentage basis, to smart beta ETFs are increasing at a staggering pace. 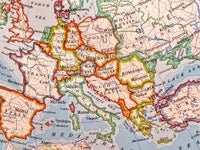 A Safe Bet On European Equities

Looking To Europe For Discounts, Dividends

Some ETF Sequels Are Worth Embracing