Rent Vs. Own: This Chart Shows A Huge Gap In Housing 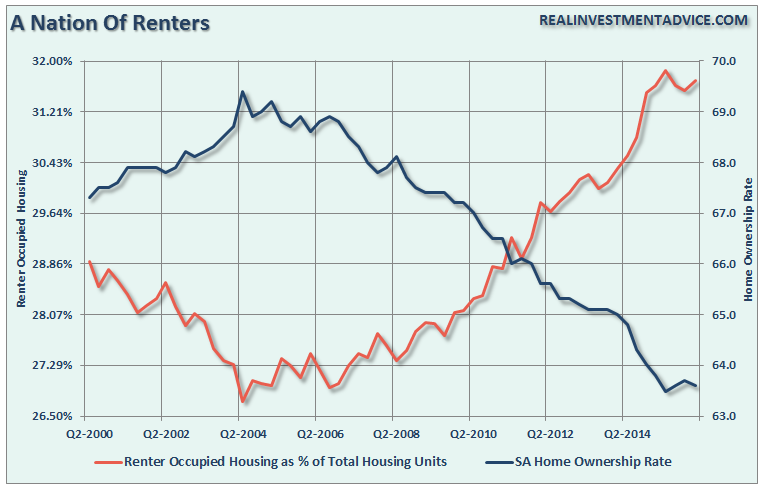 Renter-occupied housing, however, bottomed out at around 27 percent in 2004 and has since steadily increased to nearly 32 percent.

Even though the housing market has improved in recent years, the rising number of renters has driven up rental prices. From 2000 to 2014, rent prices rose about 3.0 percent, roughly doubling the 1.5 percent pace of inflation in that time.

Related Link: Growth In Home Improvement Sector Should Last At Least Another 3 Years

The housing bubble and its fallout still have many Americans leery of buying a house.

“We went through a wrenching experience with the biggest housing bubble and the biggest collapse since 1890,” Nobel laureate and Yale economics professor Robert Shiller explains.

“This is an anxious time.”