Shares of specialty grocer The Fresh Market Inc (NASDAQ: TFM) have surged 24 percent after it agreed to be taken private by funds managed by affiliates of Apollo Global Management for about $1.36 billion in cash.

Apollo, which had assets under management of approximately $170 billion as of Dec. 31, 2015, has deep expertise in executing transactions in consumables retailers and brands – such as Sprouts Farmers Market, Smart & Final, Hostess Brands and General Nutrition Centers.

The transaction, which is expected to close in the second quarter of 2016, is conditioned upon the tendering of more than 50 percent of the TFM shares to the offer, and other customary closing conditions. Meanwhile, TFM may consider other bids during a 21-day period until midnight on April 1, 2016.

The deal will be financed primarily through the incurrence of $800 million in new senior secured notes and an equity contribution of approximately $525 million from funds managed by Apollo in addition to the equity rollover from the Berrys. The Fresh Market will also enter into a new $100 million revolving credit facility concurrently with the closing of the merger.

Founded by Ray Berry in 1982, The Fresh Market is a specialty grocery retailer. As of March 14, 2016, the company operates 186 stores in 27 states across the United States. 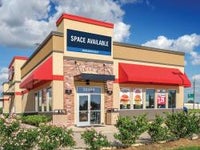