According to data released by the Macao Gaming Inspection and Coordination Bureau, gaming revenue in the month of February came in at 19.5 billion patacas, only about 0.1 percent lower than February 2016’s number.

Is The Bottom Finally Here?

February technically marked the 21st consecutive month of year-over-year (Y/Y) negative gaming revenue growth in Macau, but shareholders of Macau names are hoping that the essentially flat February number is an indication that the bottom is finally in. 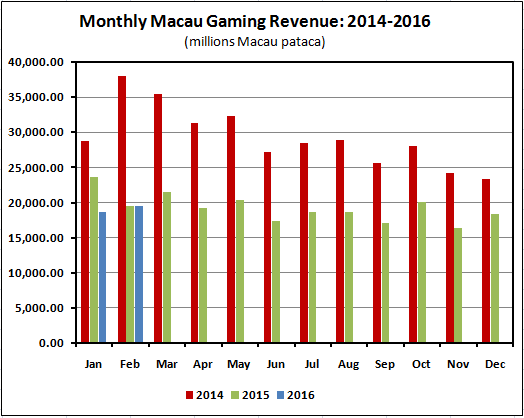 February 2015 marked the high point for gaming revenue declines at -48.6 percent. November's GGR of only 16.4 billion patacas represented the lowest monthly gaming revenue total for Macau during the current downturn, but February’s total was the highest number in four months.

Macau has seen a seemingly constant stream of bad news over the past two years. In 2014, the Chinese government announced a crackdown on corruption in Macau.

In September, headlines of potential junket embezzlement of up to $258 million dollars had investors worried about even more government regulation down the road.

In addition, fears surrounding the impact of a smoking ban in Macau casinos have also weighed on share prices. 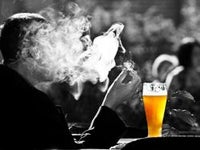 7 Sin Stocks To Buy During The Coronavirus Shutdown

There’s no question Americans are facing unprecedented stresses these days. Data suggests some Americans are relying on vices such as alcohol, tobacco and cannabis to get through the health crisis. At the same time, gamblers have been driven online for the time being due to casino closures. read more