The CurrencyShares Euro ETF (NYSE: FXE) has tumbled 11.6 percent this year, underscoring the fact that the euro is one of this year's worst-performing developed market currencies. Amid speculation the Federal Reserve is close to raising interest rates and that the European Central Bank could add to an already substantial quantitative easing program, revisiting exchange traded funds with large allocations to large-cap, blue-chip European stocks.

HFEZ holds FEZ with a short euro overlay. Highlighting the emphasis of these ETFs on large-caps is a weighted average market value of nearly $72.6 billion. HFEZ is State Street's first currency hedged ETF.

“If the ECB enacts further stimulus, it will put downward pressure on the Euro, boosting the value of exports in the Eurozone and spurring domestic growth. This creates a tailwind for companies in the EURO STOXX 50 because 60% of their revenue is derived overseas. After Draghi’s latest comments, the Euro fell 3% and it is 10% weaker versus the dollar year-to-date,” said State Street Global Advisors Vice President David Mazza in a recent blog post.

Diverging developed market monetary policies increase the allure of HFEZ. Some investors are still betting the Fed will raise interest rates in the coming months, perhaps as soon as next month. Conversely, the Bank of Japan and the European Central Bank are seen as having the room to add to their already massive easing programs.

FEZ has a tradition of positively responding to a falling euro or at least being less bad than the common currency, either of which bode well for HFEZ if the euro continues slumping. Over the past three years, FXE has slipped 16.5 percent, but FEZ has surged 25.2 percent.

Add to that, Eurozone blue-chips are delivering impressive earnings growth, which is being driven in part by the weaker currency.

“In the second quarter, firms in the EURO STOXX 50 experienced a 12% rise in earnings. That handily surpassed the 2% drop in earnings reported by companies in the S&P 500 in the same quarter. Continued accommodative monetary policy supporting the Eurozone should filter down to the real economy, which in turn should boost earnings and stock prices of blue-chip Eurozone companies,” adds Mazza. 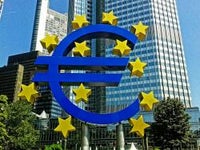 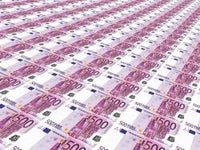