This year has been an investment banker's dream as mergers and acquisitions has soared, with the healthcare sector leading the way. However, beaten up equity prices coupled with slumping oil prices could spur increased takeover activity in the energy patch.

That theory may be on its way to becoming as various media outlets reported Sunday evening that Apache Corporation (NYSE: APA) spurned a takeover offer from an unidentified suitor.

"The Houston-based company rejected the initial offer and is working with financial adviser Goldman Sachs Group Inc. on defense, said the people, who asked not to be identified because deliberations are private. The potential buyer, who could not immediately be identified, sent a letter to Apache in the past few weeks and it’s unclear whether talks will resume, one of the people said," according to a Bloomberg report.

Related Link: For ETF Investors, It's All About Yellen

Apache, once the largest U.S.-based independent oil and natural gas producer, has seen its shares slump nearly 47 percent over the past two years, leaving the company with a market value of $18 billion at last Friday's close. Over the same period, the Energy Select Sector SPDR (NYSE: XLE), the largest energy ETF, is down 16.4 percent.

News of a potential Apache takeover could have a profound impact on several ETFs. After all, more than 60 ETFs hold Apache shares.

The $47.7 million FRAK is home to 57 stocks, though only a small amount of those names, primarily Occidental Petroleum Corp. (NYSE: OXY) and EOG Resources Inc. (NYSE: EOG), could be seen as credible suitors for Apache. Occidental could afford Apache, but that marriage might not make sense because Occidental has no offshore operations and Apache does.

Anything is possible, but PXE is home to just 30 stocks with an average market value of just $14 billion, statistics that imply the chances of Apache's suitor hailing from this ETF are small.

Due in large part to its above-average exposure to refining stocks, PXE has been less bad than many rival energy ETFs over the past two years with a loss of just under 15 percent. 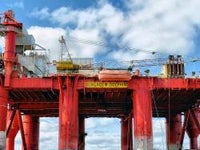 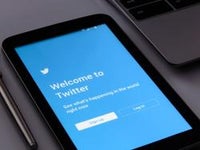