Kings Of Leon To Release New Album As 3 NFTs 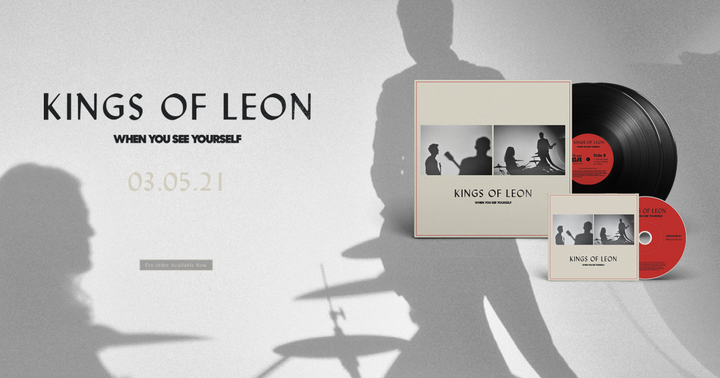 The band Kings of Leon will be making music and blockchain history on Friday when the group's new album "When You See Yourself" is released in the non-fungible token (NFT) format.

What Happened: According to a report in Rolling Stone, "When You See Yourself" is part of a series called "NFT Yourself" developed by YellowHeart, a blockchain-based ticketing platform.

Three types of tokens are being dropped with the new album: one featuring a special album package, the second offering live show perks, and the third featuring exclusive audiovisual art.

YellowHeart is also minting 18 "golden tickets" containing four front-row seats and VIP treatment to any Kings of Leon concert during each tour, for as long as the band is performing. Only six of the 18 tickets will be auctioned by the band, who will retain the remaining tickets.

What Happens Next: The NFT release of "When You See Yourself" will occur on March 5 at 12 p.m. EST.

RCA Records, a division of Sony Corporation (NYSE:SNE), will also release the album via Amazon.com (NASDAQ:AMZN), Apple Inc (NASDAQ:AAPL) Music and Spotify Technology SA (NYSE:SPOT), as well as on the CD and vinyl formats.

The tokens will be priced at $50 and will only be available for two weeks. No more will be made after that, and the NFT becomes a tradable collectible.

Kings of Leon will donate all proceeds from the album NFTs and the highest-priced "golden ticket" to Live Nation Entertainment Inc.'s (NYSE:LYV) Crew Nation fund to help out-of-work touring professionals impacted by the COVID-19 pandemic.

What You Need To Know About Tom Brady's NFT Company

This App For iPhone, iPad Allows You To Create Your Own NFT

Fancy creating a non-fungible token-based art on your Apple Inc (NASDAQ: AAPL) made iPhone or iPad? There’s an app to help you do that.  read more

Cryptocurrency exchange Coinbase Global, Inc. (NASDAQ: COIN), which debuted on the Nasdaq through a read more