Such Speed, Much Wow! Dogecoin To Make A Reappearance At NASCAR 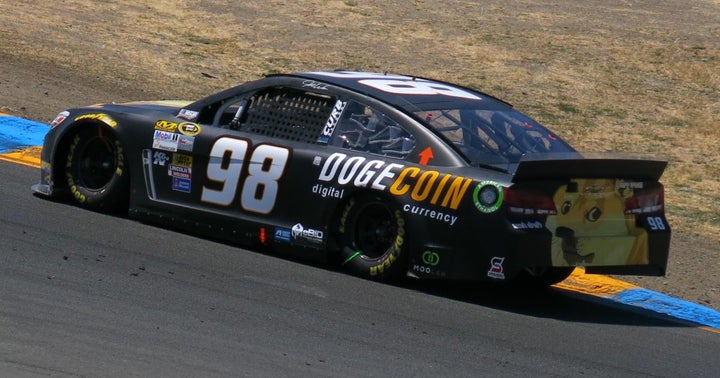 Dogecoin (CRYPTO: DOGE) is returning to the tracks this year after a gap of seven years at the Las Vegas Motor Speedway for the Alsco Uniforms 300, a NASCAR Xfinity Series (NXS)  stock car race, KNWA and Fox24 reported Tuesday.

What Happened: The mascot of the joke cryptocurrency — a Shiba Inu dog — will ride along with driver Stefan Parsons.

The car’s main sponsor Sean Taylor, CEO of Springrates said he has lately “been obsessed with learning more about blockchain and the future of decentralized currency.”

“I had the idea of including Dogecoin on the car for this race while chatting with Stefan following the season opener in Daytona,” revealed Parsons, according to KNWA and Fox 24.

“It was ironic because at the time, I wasn’t aware his dad’s team previously ran the Dogecoin car in 2014. Maybe it was fate.”

Why It Matters: DOGE co-founder Billy Markus wrote an open letter on Reddit in February in which he noted some of the sporting events that the cryptocurrency has been involved with — including Nascar and the Jamaican Bobsled team.

The meme-themed cryptocurrency has soared 838.01% since the year began, beating the 66.99% YTD returns of the apex cryptocurrency Bitcoin (CRYPTO: BTC).

A new release of Dogecoin Core was announced on Feb. 28, which includes “important performance improvements.”

Photo by TaurusEmerald on Wikimedia

“One word: DOGE,” tweeted Elon Musk, the CEO of Tesla Inc (NASDAQ: TSLA) on Dec. 20 and sent the joke cryptocurrency soaring as high as 20.5% in a single day. read more

The Indian government has an agenda to ban the possession, trading, transfer, and mining of all private virtual currencies through a proposed law, which is being dubbed as the world’s strictest measure on digital coins. read more