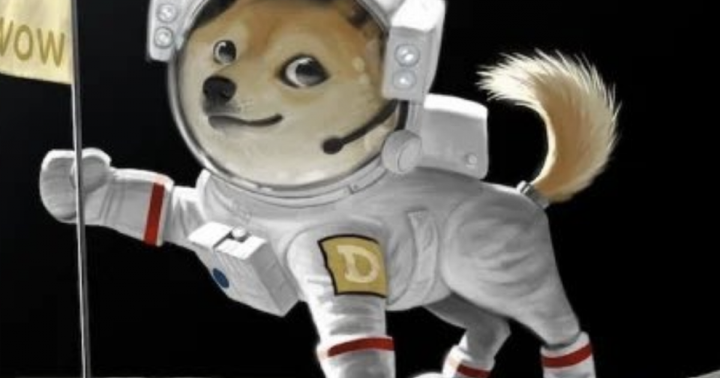 What Happened: Elon Musk moved the market once again, as he took to Twitter to declare his support for meme-based cryptocurrency DOGE (Crypto: DOGE).

Tesla Inc (NASDAQ:TSLA) CEO shared a picture of a Doge’s mascot, a Shiba Inu, landing on the moon.

The price of DOGE surged sharply after his tweet, sending the cryptocurrency’s supporters into a flutter.

Why It Matters: Musk’s tweet was a reference to a popular expression in the cryptocurrency market, “to the moon.”

This term is often used by market proponents to describe a cryptocurrency with a strong upward market trend or a strong belief that it will soon rise significantly in price.

Musk’s support of the cryptocurrency has been evident for all his 47.8 million Twitter followers of late, as his constant tweets about DOGE have been a recurring trend over the past month.

Earlier this week, he tweeted “Dojo for Doge,” seemingly pitching for the cryptocurrency to be powered by a supercomputer, and earlier this month, he encouraged large Doge holders to sell their holdings, citing “too much concentration” creating a barrier to its growth.

If major Dogecoin holders sell most of their coins, it will get my full support. Too much concentration is the only real issue imo.