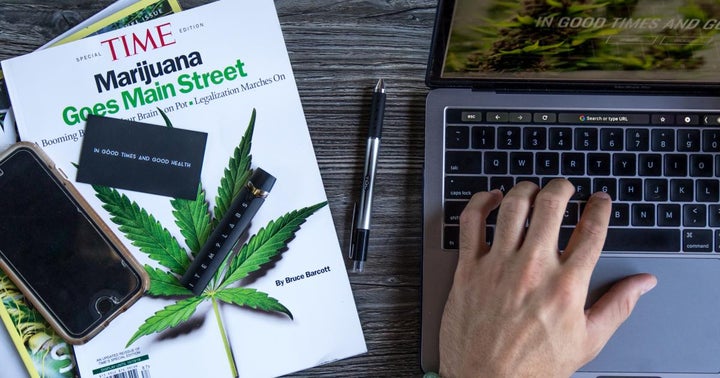 The following article is sponsored by Item 9 Labs. The information contained in this article in no way represents investment advice or opinion on the part of Benzinga or its writers and is intended for informational purposes only.

The cannabis industry is thriving and with it, many key players like Charlotte’s Web Holdings (TSX:CWEB) (OTCQX:CWBHF), Aphria (NASDAQ:APHA), Cresco Labs (OTC:CRLBF) and Curaleaf Holdings Inc. (OTCQX:CURLF), among others, are making headlines that put the market in the eyes of investors and cannabis enthusiasts.

With the recent focus on wellness, cannabis has been gaining credibility as an alternative to pharmaceuticals, hence, making it essential to increase accessibility to more consumers.

Until federal legalization becomes a reality, there are many hurdles that companies, entrepreneurs and other stakeholders face due to differing regulations.

Lately, companies are opting for M&As to make things easier and scale outside of the process of applying for a license in each state they want to operate. Yet, there is another option, and Item 9 Labs Corp. (OTCQX:INLB) is making it a reality through its unique franchise model.

With its recent acquisition of ONE Cannabis Group ("OCG Inc."), Item 9 Labs Corp. is one of the first vertically integrated cannabis franchise companies, benefitting from the accelerated scale and reduced capital expenditure across its dispensary franchise Unity Rd. and premium product brand Item 9 Labs.

The company’s goal is to elevate cannabis consumer trust and it is set to do this through its products, modernized retail franchises and ongoing education to communities nationwide.

Here’s what you need to know.

Item 9 Labs is already known for its well-crafted lifestyle brand and innovative cannabis vape technologies, offering premium, award-winning products that are a preferred choice in Arizona’s new adult-use cannabis market. For its next big step, the company is focused on developing the Unity Rd. marijuana franchise and complementing the retail footprint with expansion of its products.

Unity Rd. creates new opportunities in the cannabis sector by providing solutions to industry challenges commonly faced by existing business owners, prospective entrepreneurs and consumers. Franchise partners benefit from continued guidance and tools provided by the franchisor across all areas of the business, including licensing, supply chain, regulatory compliance, banking or cash operations and marketing.

After the recent elections, the cannabis industry saw many states changing legislation in favor of cannabis. The most recent state to join the club is New York. Here are a few trends to take into account that put Unity Rd. in a favorable position for scale:
Arizona
Arizona citizens voted in favor of the legalization of recreational marijuana in the November 2020 election. The state began awarding dispensaries recreational marijuana sales licenses at the end of January. Sales in Arizona reached $2.9 million in the first 10 days of adult-use sales being legalized. The adult-use market is expected to be worth $375-$400 million during the first year of sales in the state and $700-$760 million by 2024.
Michigan

The cannabis industry in the Great Lakes State has been booming, with sales reaching $104 million in February 2021, up from the same period of 2020. For the full year of 2020, Michigan saw a total of $985 million in cannabis sales.

New York
New York Governor Andrew Cuomo signed recreational marijuana into law on March 31, making the Empire State the 15th in the U.S. to legalize cannabis. The legislation allows adults 21 and older to possess up to 3 ounces of cannabis or 24 grams of marijuana concentrates and to buy recreational cannabis from licensed retailers. The bill also permits the cultivation of up to 3 mature and 3 immature plants for personal use.
Illinois
In January 2021, Illinois hit sales record, generating roughly $89 million in adult-use cannabis purchases, according to Marijuana Moment. Moreover, for the first year of legal sales, Illinois collected $205 million in cannabis taxes, while approximately $757.9 million in cannabis has been sold, the report continued.

In addition to the recent acquisition of OCG Inc., Item 9 Labs is expanding the operations space on its cultivation site by over 650,000 square feet. Phase 1 of the expansion is slated to break ground in the coming months and will expand the current operational footprint by 300% as well as create around 60 jobs.