Portnoy Flips Sundial Growers For $50K Profit: 'That's How You Do It Boys' 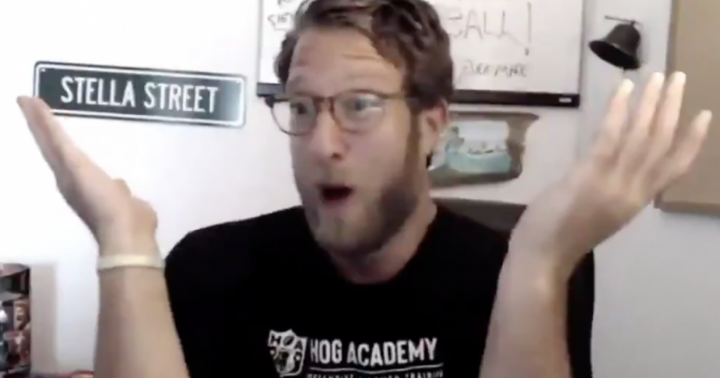 Sundial Growers Inc (NASDAQ:SNDL) shares traded down 14% on massive volume in an extremely volatile trading session on Thursday after the company became one of the latest stocks targeted by communities of online retail stock traders, led by the Reddit WallStreetBets community.

Barstool Sports founder Dave Portnoy took a major bath on his first round of WallStreetBets meme stock buys, but Portnoy said he made a quick $50,000 getting in and out of Sundial on Thursday.

What Happened? Portnoy first discussed a 377,000-share stake in Sundial back on Feb. 3. While it’s not clear what his entry point on that position was, Portnoy would have made more than $500,000 from Feb. 3 through Feb 11 if he held onto the entire stake.

On Thursday morning, Portnoy tweeted that he was “back in $sndl cause I love the rush.”

About 25 minutes later, Portnoy indicated he had flipped the volatile stock for a big gain.

Sundial shares are now up 500% overall in the past three months.

Why It’s Important: Portnoy has garnered a tremendous following since the COVID-19 pandemic hit by making an opportunistic pivot from sports to trading. The cancellation of all major sporting events could have been devastating for Barstool’s business and brand. Instead, Portnoy began doing daily live streams focusing on the stock market, dubbing himself “Davey Day Trader.”

Portnoy has had plenty of ups and downs in the stock market in the past year, but he has built Barstool’s audience and boosted the share price of Barstool parent Penn National Gaming, Inc (NYSE:PENN) along the way.

See Also: The Rise And Fall Of Meme Stocks

Penn’s shares have more than tripled in the past year, however, due in large part to the launch of the Barstool sports betting app and Portnoy’s antics as Davey Day Trader.

Editor's note: A previous version of this article estimated Portnoy could have made a $500 million profit.