The Horizons Psychedelic Stock Index ETF, As Told By Its Fund Manager 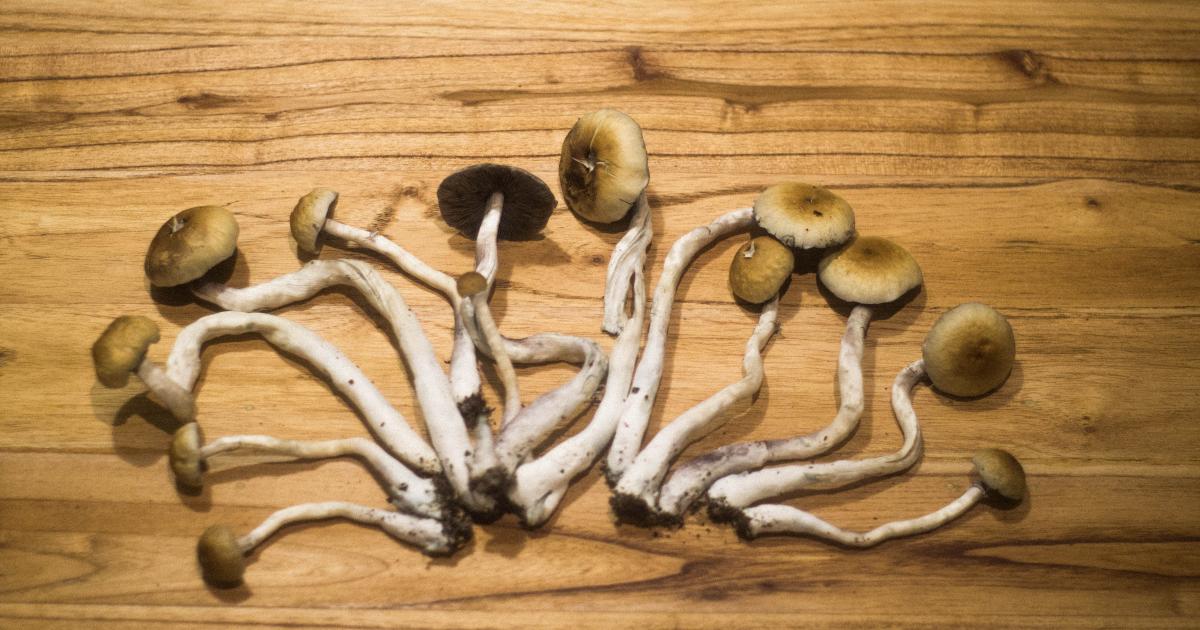 Horizons ETFs CEO Steve Hawkins sat down with Benzinga to discuss the listing, which brought in approximately CA$25 million ($19.4 million) in the first week since the launch.

BZ: What prompted Horizons ETFs to launch the fund?

SH: We've been following this space since late last summer, I would say late Q2 or early Q3. It coincided with a couple of big listings on the NEO Stock Exchange where MindMed listed its IPO and then Cybin listed its RTO. It was really those two public offerings that created this genesis for us to be able to create a diversified portfolio of psychedelics stocks that we felt could support an ETF.

What makes this a special moment for the psychedelics sector?

After we launched [Horizons Marijuana Life Sciences Index ETF] (TSX:HMMJ) in 2017, I wasn't sure if there was ever going to be a new novel, completely out-of-the-box sector -from an equity perspective- that people would potentially want to get access to.

We've been waiting for something like that to happen, and then with psychedelics, the rules sort of changed, the government started providing exemptions, state level approval of certain pre-narcotic drugs. It sort of created an opening for a lot of the life sciences companies and biotech companies to start doing the real science behind using psilocybin and ketamine and other sort of derivatives there too, to create these new novel therapies, which had never been used before.

We know there's probably a hundred new psychedelic companies that want to go public in the next year. It's that type of activity and talk that you hear about, of all of this capital markets activity in the space, and investment bankers talking to psychedelic companies constantly. It's that type of activity which really put the spotlight on this sector for us.

Why a passively-managed ETF?

We use the lessons that we gathered from launching HMMJ, which was also passive as well. When it comes to -I would say- pure thematic-types of ETFs here in Canada, we firmly believe that passive is the right way to go.

We felt broad, diversified, rules-based portfolio exposure to an underlying theme was the right way to go here. But one of the things that we really did differently with PSYK from an index perspective, is we built the index to be able to change, adapt and evolve as this underlying industry grows and matures from here.

We created our own index. So we have a little bit more control over the underlying methodology.

How is the underlying index managed?

There's substantially less risk compared to an active ETF because we're not making discretionary decisions from a weighting perspective or a selection perspective.

Really, it's the criteria for allowing companies to get into the index. A fast-add rule for new IPOs, because we know that there's a number of IPOs coming. We also built in rules so that we can increase the underlying stock price minimum, the daily trading volume minimum, the float-market cap minimum. All of those things will change over time as the underlying sector matures as well. And we'll be able to exclude more companies.

It's still a passive index. It's still very, very rules-based, but it's giving you one hundred percent invested at all times in this sector.

Why did you decide to include AbbVie and Johnson & Johnson?

Because this is such a very early stage sector as well, we felt we needed to add some larger drug company exposures, but only those drug companies that are actively working in this sector.

We have a very, very fixed portion of the fund in large drug companies, up to a maximum of twenty percent, five percent in any one individual company. But that also can go to zero. If there's 10 new billion dollar psychedelic companies that come to marketplace in the next six months, it's going to be all of those pure-play psychedelic companies which get added to the fund and we reduce the exposure of the drug companies in the fund itself to potentially zero.

What’s the market outlook for psychedelics companies in your view?

So Johnson and Johnson has a ketamine-based nasal spray, Spravato, which was developed by a Canadian life sciences company and ended up being sold to JNJ for mass production and ultimate FDA approval for that drug.

And that's where we believe the big possibilities and prospects are for these psychedelics companies. So they're not going to buy out the companies themselves. They're going to buy the individual pieces of IP out of these companies to bring them to market.