Psychedelics Advocate, Investor Zappy Says 2021 Is 'The Year To Invest In Plant Medicine' 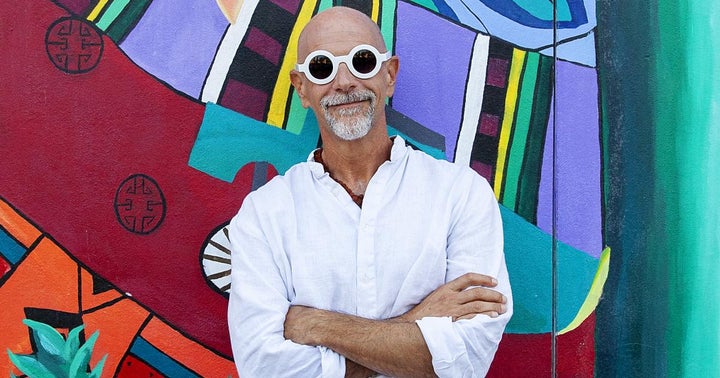 Get into psychedelics now.

Zappy's call to invest comes as psychedelics make a continued push towards credibility on the medical, legal and business stages.

From Bear Stearns To The Jungle

The market — projected to be valued at over $6.8 billion in North America by 2027 — is currently led by MindMed (OTCQB:MMEDF), Cybin Inc. (OTCPK: CLXPF), Field Trip Health Ltd (CSE:FTRP).

This is fertile ground for Zappy, who has a track record of getting in on the ground floor.

He left Bear Stearns in 1993 to work in infomercials. After that, he made investments during the dot-com boom, investing in web domains with URLs like Beer.com, Computer.com and CreditCards.com.

Today, much of Zappy's focus is on plant medicine and reform. However, psychedelics aren't a new endeavor for him.

Interest first came about when he learned of lab studies showing potential in treating suicide, addiction, anxiety and depression (the SAAD epidemic).

Further research and exploration led Zappy to Mexico, the jungles of Peru and other parts of the world to experience the impact of plant medicine first-hand, documenting the process along the way.

Zappy's 2016 documentary The Reality Of Truth is an Amsterdam Film Festival award-winning project that includes testimonies from notable celebrities in the space, including Marianne Williamson, Joel Osteen and Ram Dass.

It also follows the journeys of actress and friend Michelle Rodriguez, featuring what Zappy calls "life-changing experiences" interacting with shamans in the rainforest. Those experiences include using powerful psychedelics like San Pedro cactus and ayahuasca.

"I came back really inspired to share that [experience] with other people," Zappy says, citing the power of "going inside yourself" to heal.

Film is just one facet of his work in the emerging field. Considered a futurist in many circles, Zappy is regarded as a psychedelic concierge of sorts — someone who helps people like Rodriguez and Odom with plant medicine.

Other efforts include the co-founding of KetaMD, an at-home telemedicine-based medical ketamine program.

He's also the founder of the non-profit Mind Army, which focuses on expanding psychedelic access through regulatory reform.

With President Joe Biden in office, Zappy sees potential in advancing access due to the President's familiarity with psychedelic treatments, namely the plant extract Ibogaine, partially credited for the long-term sobriety of Biden's son Hunter.

Why Invest In Psychedelics Now

All the advancements in the space, as well as market advantages, lead Zappy to advise investors to get involved in psychedelics this year.

"I've been ranting about this for a year now," he said.

He highlighted the rapid growth of companies like MindMed. "They came out in January with a $200 million market cap and gone to become a billion-dollar company," said Zappy. "They will go much higher because of the size of the addressable market."

Other options piquing his interest include the privately held ATAI Life Sciences AG, which closed a $125 million funding round in November 2020, with Peter Thiel leading the raise.

Zappy believes the rise of options leaves individual investors in a position to succeed in the space.

In time, he expects the opportunity to enhance as companies uplist from the OTC and Canadian markets to the Nasdaq or New York Stock Exchange.

He urges people to seize on investments before institutions can do the same. "Once they get the opportunity to own the stock, the volumes are going to go through the roof," he says.

Zappy noted that psychedelics' lab progress on substances like psilocybin, MDMA, Ibogaine, and others shows that the field is treated like a viable medicine.

Conversations between now and last year lead him to believe that the public is warming to the options, dismissing the prospect less as progress and research continues.

He credits the pandemic for accelerating the acceptance.

"Everybody knows we can't just go back to business as usual, giving people antidepressants to fix it," he says.