Is The Cannabis Market Ready For Lab-Grown Cannabinoids? 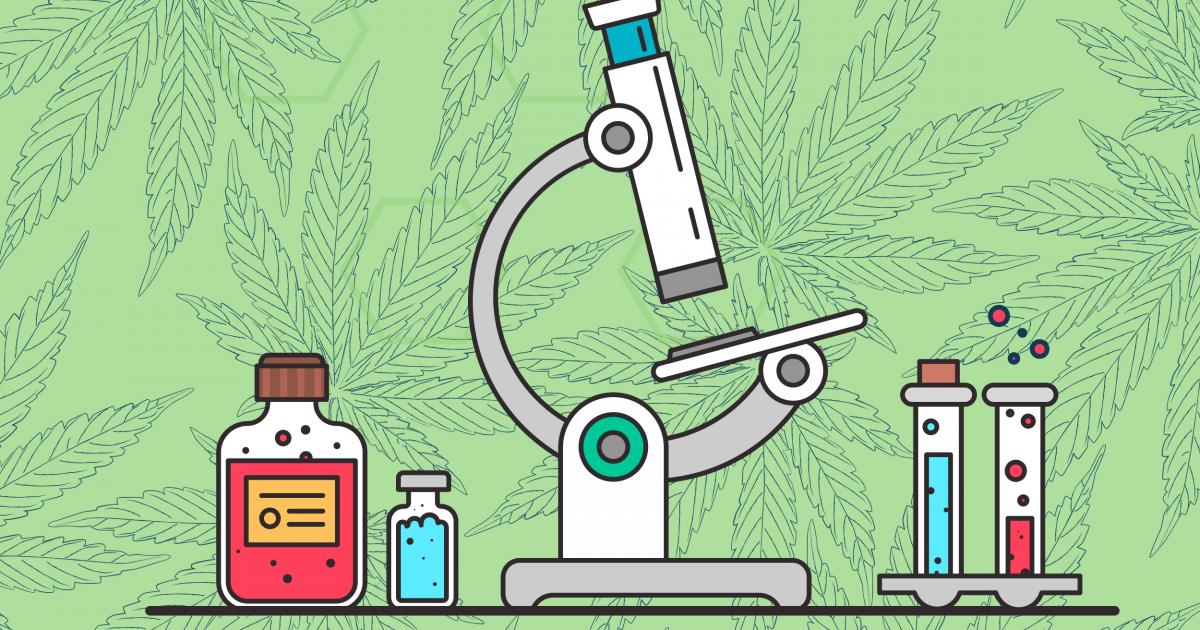 Much of cannabis’ disruptive potential lies in the plant’s ability to produce cannabinoids like THC and CBD. When it comes to rare cannabinoids, however, a different approach might yield better results.

Scientists have found alternative ways of producing cannabinoids that don’t require the cannabis plant. These methods are currently in commercial production, and have the potential to change the entire market for less common cannabinoids like CBG, CBN, THCV and THCA.

By adding genes from cannabis into the yeast fungi, biosynthesis companies can have yeast produce a vast number of compounds in the laboratory, including cannabinoids.

Biomedican has developed a biosynthesis platform to produce rare cannabinoids and other high value compounds.

“We're not competing with anybody that's in that grow, harvest, extract and purify business,” says Biomedican CIO Dennis O'Neill.

The biotech company uses a genetically-modified, proprietary version of yeast to produce cannabinoids without the need for cannabis plants. The resulting cannabinoids are said to be bio-identical to the molecules that can be found in nature.

“We produce 99% pharmaceutical grade products,” says O'Neill. While the method used by Biomedican employs GMO yeast, the final product does not contain any of it, which is why the company can claim its cannabinoids are organic and GMO-free.

According to Ethan Russo, CEO of Credo Science and former medical advisor to GW Pharmaceuticals, minor cannabinoids will be of "vital research and therapeutic interest in future years."

Phytocannabinoids beyond THC and CBD are miles behind in terms of research investment, but the evidence to date is extremely encouraging with respect to promising developments in treating cancer, autoimmune diseases and a wide variety of other disorders, he explained.

CBG has been found to have neuroprotective properties, as well as to contribute to the and-inflammatory and pain-relieving effects of cannabis.

“We know through our own research that CBG has a higher affinity to the endocannabinoid system receptors and is showing significant potential in many disease areas,” said Aras Azadian, CEO of Avicanna (TSX:AVCN) (OTCQX:AVCNF) in a recent interview with Benzinga.

CBN, another minor cannabinoid, has also been found to carry therapeutic properties that can kick CBD off the throne, with research showing it can have sedative, sleep-prolonging, anti-inflammatory and anti-convulsant properties.

“We’re kind of scratching the tip of the iceberg in terms of minor cannabinoids,” Front Range Biosciences CEO Jon Vaught said in a panel at the last Benzinga Cannabis Capital Conference.

After decades of selective breeding, cannabis plants can produce up to 30% THC or CBD. These are by far the most common cannabinoids present in the plant and in the market.

Rare cannabinoids are naturally found in the plant in much smaller amounts, which is why they can be very expensive to produce.

“These cannabinoids show up in such minimal trace amounts and each plant,” says Biomedican’s O'Neill, “It's just not commercially viable to produce them via cultivation.”

However, other players in the industry dare to challenge this notion. Avicanna, a Canadian cannabis research company recently developed a CBG-dominant cultivar, which began cultivation in its Colombia facilities in the first quarter of this year.

According to O'Neill, biosynthesized cannabinoids are much more-cost effective than those extracted from plant material. He told us that in today’s wholesale market CBGA sells for $20 a gram, CBN for $40 a gram and THCV for $60 a gram.

With its biosynthesis method, Biomedican can produce these rare cannabinoids for less than $1 a gram.

Detaching production from traditional agricultural methods means that the companies that produce cannabinoids this way are not subject to the unpredictable events like wildfires and other environmental catastrophes.

However, Russo is not convinced. He stated that the premise that yeast culture is more cost-effective than traditional cannabis culture remains to be determined.

“I would like to see figures on cost-projections and energy audits of yeast culture versus a situation like that in Colombia, where three to four crops can be harvested outdoors annually at high elevation, with rich volcanic soil and cheap labor,” he voiced.

The Market for Minor Cannabinoids

Dr. Russo thinks that “It is not a matter of replacing CBD; rather, additional cannabis components will prove their worth as adjuncts to THC and CBD in cannabis extracts.”

In fact, over 140 distinct cannabinoids have been identified in the cannabis plant, many of which are still unresearched.

“All of these CBD products, they’re kind of commoditized at this stage. So [CBD companies] are looking for additional compounds to add into them, to make them differentiated in the market and significantly more effective,” says O'Neill.

Biomedican plans to sell its products to companies that have large CBD distribution networks.

The company said they have two products that are ready for production now, and should be in large scale production within nine months. They’re also aiming at selling bulk cannabinoids to the nutraceutical, cosmetic and pet care industries.

Chief Investment Officer O'Neill said that Biomdican expects to become profitable by the third quarter of 2021.

“One of the key aspects for us is that, since we do not touch the plant and we do not produce THC at any point in time during our process, we are outside the federal and state regulations,” says Biomedican’s O'Neill.

He added that biosynthesized cannabinoids can be safer than cannabis products, since the process is not subject to pollution from the soil or from toxic contaminants used in agricultural products.

On this note, Russo is again skeptical.

“The issue of agricultural toxins is a smoke screen. With proper agronomy or indoor cultural techniques, this is simply not an issue,” he remarked.

Biosynthesized cannabinoids are also offered as a means to achieve product consistency, which is something of a holy grail for cannabis cultivators.

While many cultivators struggle to achieve batch-to-batch consistency in their products, Russo says that this is not impossible under the right techniques.

“GW Pharmaceuticals has successfully pursued glasshouse culture for 20 years with no pesticides, and crops that are so consistent that biochemical fingerprinting batch-to-batch is virtually identical within tight parameters,” he says.

The scientific achievements in laboratory culture of cannabinoids with yeast are interesting and high tech, but Russo believes that they will never replace conventional cannabis culture.

“Yeast technology favors the production of single molecular products, and ignores the ability of plants to produce highly synergistic combinations of cannabinoids and terpenoids known as the entourage effect,” he concluded.

Although there’ll probably always be a place for full spectrum and whole plant cannabis products, synthesized cannabinoids could help fill today’s market gap for rare cannabinoids and provide a chance to produce cheaper formulations that enrich the commoditized CBD segment.

Picture made from graphics by Vijay Verma on Icons8.com (royalty-free) and Ilona Szentivanyi (Copyright: Benzinga​​​​)