How Consumers Can Influence Social Justice In Weed 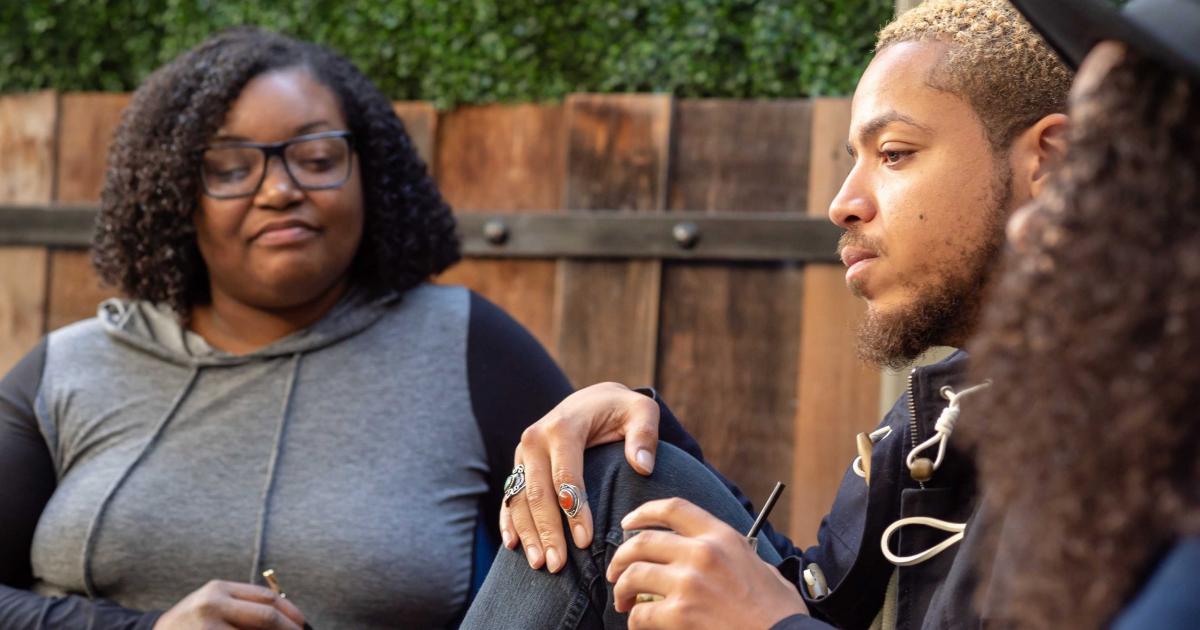 In the age of COVID-19 and social unrest, many are questioning the systemic racism embedded in industries new and old. Yet, of all of America's essential economies, the cannabis industry, while not necessarily equipped to correcting long-lasting systemic inequities at large, could instantly benefit those most harmed by the drug war through reform and more just policies.

Part of that has to do with the existence of organizations like The Last Prisoner Project.

Founded by seminal cannabis activist and weed-trepreneur Steve DeAngelo, known to industry insiders as the "father of the recreational cannabis industry," The Last Prisoner Project's mission is stated right in its title. The nonprofit coalition of cannabis industry leaders, executives, and artists is wholly dedicated to freeing every American imprisoned for nonviolent cannabis offenses, as well as bringing restorative justice to the cannabis industry.

But it's far more than a collection of familiar faces extolling the virtues of weed and decrying its criminalization, it's also an assemblage of legal professionals working tirelessly on campaigns to release and provide retroactive justice to prisoners from the War on Drugs.

“Marijuana, we know, is not a gateway drug, but it is a gateway offense, and it is so often the impetus for interactions with the police. Many of these interactions result in the most egregious examples of police brutality and police murder, particularly in marginalized communities” said Sarah Gersten, Executive Director and General Counsel for The Last Prisoner Project. “I think it's critically important at this moment, as we are reimagining our justice system and reimagining public safety, that we figure out how cannabis laws fit into that puzzle”

Gersten took a moment to sit with Weedmaps and help break down why The Last Prisoner project is integral to the Black Lives Matter movement, why we can't really smoke freely until all cannabis prisoners are free, and how the smallest of actions can contribute to lasting, positive change. WM: You recently published a blog about Michael Thompson, a prisoner currently serving a de facto life sentence for selling 3 pounds of marijuana to a police informant in the now legalized state of Michigan. It was the first time I'd seen the term “cannabis POW” and I had to take a moment to ruminate on how accurate it was. By your estimate, how many cannabis POWs are in similar situations to Thompson, currently serving time for nonviolent offenses in recreationally legal states?

Sarah Gersten: That is really difficult data to ascertain. Available data has led us to the number 40,000, but I actually think that number is quite low.

When we talk about the war on drugs and its ramifications, and we focus on those numbers, we are very often leaving out how these laws have impacted communities. I think people are interested in who just had one dime bag and went to prison, and we have really egregious examples where that happened, but that's not really how the system works. It's more that you get one possession or fine, maybe you're incarcerated for a short period, but then you get out and you're saddled with all of the barriers that having an offense on your record comes with.

Since 2017, we've seen cannabis arrests increase in this country, despite more and more states legalizing or decriminalizing. The long term ramifications that can have on someone, whether or not they're incarcerated, are huge.

WM: From a legal standpoint, how does a state justify keeping prisoners incarcerated on nonviolent cannabis offenses after cannabis becomes recreationally legal?

Gersten: I cannot, for the life of me, tell you how these officials justify keeping someone like Michael Thompson incarcerated. And I think Michigan is a really great example. Michigan has fully legalized cannabis, they are building up a robust industry around those plants. And yet Michael Thompson sits in a Michigan prison. Now, because of the coronavirus, he risks dying there — and for what?

It is the height of injustice that people that look like me are able to profit off of this plant while others are incarcerated and still face the collateral consequences of even just an arrest or an offense on your record for cannabis.

WM: How do the suggestions of defunding police departments and/or abolishing police altogether work into LPP's greater mission of nationwide clemency, expungement, and reintegration?

Gersten: When we're having conversations about defunding the police and reinvesting those dollars into our communities, we think about where tax revenue from legalization can go. Those conversations overlap. We should be taking tax revenue from the legal industry and reinvesting it back into those communities that have been disproportionately impacted by cannabis laws but also disproportionately impacted by state-sanctioned violence at the hands of the police.

Of course, we come to it with a particular focus, and that is our justice system; public defenders and attorneys doing pro bono work across the country are focused on getting retroactive relief for folks that are still caught up in the justice system or experiencing the collateral consequences of having a cannabis charge on their record.

WM: For the newly social-justice-oriented cannabis enthusiast, can you explain how the cannabis industry as a whole benefits from a ground-up dismantling and rebuilding?

Gersten: You know, it was only a few years ago that cannabis was illegal across the board. And even today, large multi-state operators are doing something that is federally illegal. To not reckon with that restorative element but still want to do the work to legalize across the board is totally missing the point. It's a scary proposition for someone to be faced with, the fact that they're doing something that is still federally illegal, that if the feds wanted to, at any moment, they could come and disrupt their life, they could put me in prison because of this.

When you really start to interrogate what states have done to provide retroactive relief for those still sitting in prison, I think people would really be shocked. I think people hear “mass expungement” and “pardon” and think that those terms refer to relief. And that is totally understandable! Even as a lawyer, I get tripped up on these legal definitions. But no state has provided broad retroactive relief for those incarcerated for cannabis offenses, even those states that have fully legalized. And it doesn't, to me, make any sense at all that you would go through the process of legalization and provide some form of retroactive relief like expungement or record clearing, but not even consider releasing those that are still in prison.

Gersten: Grassroots advocacy campaigns can really make an impact. Michael Thompson's case is a good example of that. Though he is not (yet) free, when we submitted his application for clemency earlier this year, over 100,000 people engaged in a call to action for Michael. And that led to the prosecutor coming on board to support the petition. We hope that that will be the point that sways the governor to do the same.

And I would say vote with your dollar, support black-owned companies and companies owned by and/or employing those that have been in the justice system. I think that's a really critical way consumers can support the mission.

WM: For cannabis enthusiasts with significant resources to commit to this cause, where do you suggest they begin?

Gersten: Get involved. If you sign up to volunteer, we will immediately send you a million ways that we can engage deeper on this issue. And we'll keep following up with ways you can get involved. It's super easy.  And obviously, cash is the lifeblood of any nonprofit.

I've been really heartened by the focus on criminal justice reform beyond those that were steeped in it before George Floyd's murder. I think the day all cannabis POWs are free is coming sooner than we anticipated. But It's going to take a ton of work and it's going to take an army. That's what we need: every person involved in this community to be educated, to be aware and to get involved.

Read the original Article on Weedmaps

The Age Of Cannabis Delivery