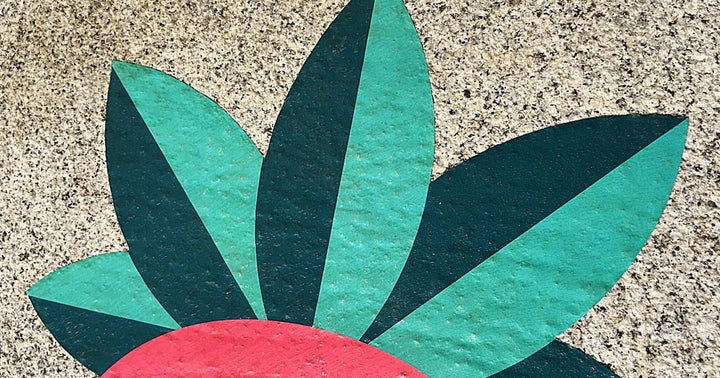 Largest Cap Raise: On August 6, FSD Pharma Inc. (HUGE : CSE, HUGE : OTC), which is focused on developing  FDA-approved synthetic compounds targeting the endocannabinoid system, closed a $10 million registered direct offering of 2.76 million units at $3.62 per unit. Each unit consists of one common share and ½ of a 5-year warrant to purchase a share at an exercise price of $4.26. The $3.02 closing price for the shares on 8/6/20 is consistent with a valuation of the warrants using the Black Scholes option pricing formula and a 45% volatility. Although this is generally higher than the volatility we use to value warrant packages in the cannabis space, it is justifiable given the pre-revenue nature of FSD’s business. FSD trades at approximately 1.1 times market to book, a considerable discount from its peers. Of the 23 Biotech/Pharma companies we track with market capitalizations of between $25 million and $200 million,13 are pre-revenue companies, and they trade at a median valuation of approximately 4 times book. Some justification is found for FSD’s discount by looking at the company’s balance sheet. Approximately 50% of FSD’s assets of $52 million as of 6/30/20 were either cash ($14M) or assets held for sale ($12M), with the bulk of the remainder being intangibles ($21M). Neither cash nor assets held for sale are likely to be accorded a premium valuation. Assets held for sale arose from the company’s March 2020 decision to exit the medical cannabis business and liquidate its Cobourg facility. FSD’s stock has performed relatively poorly, declining 25% in the 3rd quarter to-date compared to an increase of 29% for our 28 stock index.

Public vs. Private Cap Raises:  All 8 of this week's capital raises were closed by public companies. So far in 2020, public companies have accounted for 81% of all capital raises, vs. 67% for the same period in 2019. In 2020, public companies have accounted for 88% of total dollars raised, vs. 71% for the same period in 2019. Cannabis stock prices continue to perform strongly with our index of 28 cannabis stocks up approximately 11% in the most recent week. Viridian Deal Tracker data shows a clear relationship between cannabis stock prices and both capital raise and M&A activity. The capital markets are gaining confidence in the cannabis industry based on its demonstrated resilience in the face of a weak economy and on renewed hopes for positive legislative developments following the upcoming national election.

Public Company Listings: Of the 8 public company capital raises, all are listed in Canada (5 on the CSE and 3 on the TSX)  and 7 of the 8 also trade In the U.S. (6 on the OTC and 1 on the Nasdaq)

Equity vs. Debt Cap Raises:  Equity-based capital raises accounted for 7 of the 8 transactions and 75.7% of the proceeds raised. This week’s FSD Pharma Inc. $10 million equity raise represented nearly 50% of the financings for the week.

Largest Debt Raise: The largest debt raise of the week was the August 5, 2020, US$4.9 million issue of 8% senior secured convertible debentures with warrants by Canada House Wellness Group Inc. (CHV : CSE, SARF : OTC), an integrated medical cannabis company which provides patient-specific cannabinoid therapy products and services through its clinics and licensed producer. The issue was placed with a single strategic investor, Archerwill Investments Inc. which will control approximately 27.5% of the company on a fully converted basis. The debentures have a maturity of 5 years and a conversion price of C$0.05 per share, representing a 25% premium to the company’s stock price on the closing date. Archerwill also received 130 million 4-year warrants with a strike price of C$0.06 per share (a 50% premium).  The conversion premium and warrant exercise premium are both higher than recent norms reducing the cost of what would otherwise be a very generous package given its combined coverage of 220%. We calculate an effective cost of 14.85% for the issue, lower than we would expect were it not for the placement with a single strategic investor.

Cap Raises by Sector:  The 8 capital raises this week were spread across 4 different industry sectors with three in Biotech/Pharma, two in Cultivation & Retail, one in Agriculture Technology, and one in Infused Products & Extracts. Biotech/Pharma equity capital raises are accelerating with 19 issues for $96.3 million in the first half of 2020 compared to only 12 issues for $78.5 million in the same period of 2019 and 23 issues YTD, compared to 21 for the full year of 2019.

Transactional Activity:  Week 32 saw 4 M&A transactions, vs 0 in the prior-year period. Though M&A activity is still far below the levels seen in 2019, we continue to see a pickup in activity. This is likely driven by the continued increases in stock prices of cannabis companies, giving them a more valuable transaction currency.

Public vs. Private:  All of this week’s acquisitions were made by public companies as has been the case in 94% of M&A transactions closed in 2020.  Public companies, particularly with the recovery in stock prices and fundraising ability, have been the dominant acquirers in the cannabis industry. All of the acquired companies were private. Private companies remain the dominant targets for acquirers, except for the growing number of sale-leaseback transactions, many of which have been done by large public MSOs. 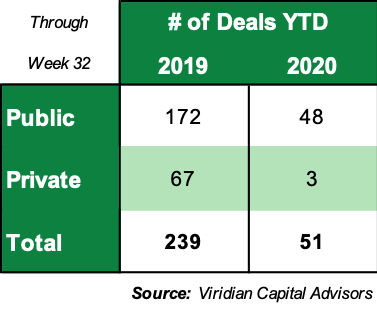 The city of Grand Rapids, Michigan is getting its first adult-use cannabis delivery service. According to information procured exclusively by Benzinga, Lantern, an on-demand cannabis e-commerce marketplace and home delivery platform, will debut in Grand Rapids this Thursday. read more

180 Life Sciences Corp. (NASDAQ: ATNF) has identified a new synthetic CBD analog that is non-psychoactive and could have benefits in the reduction of inflammation and pain, the company announced on Wednesday. read more