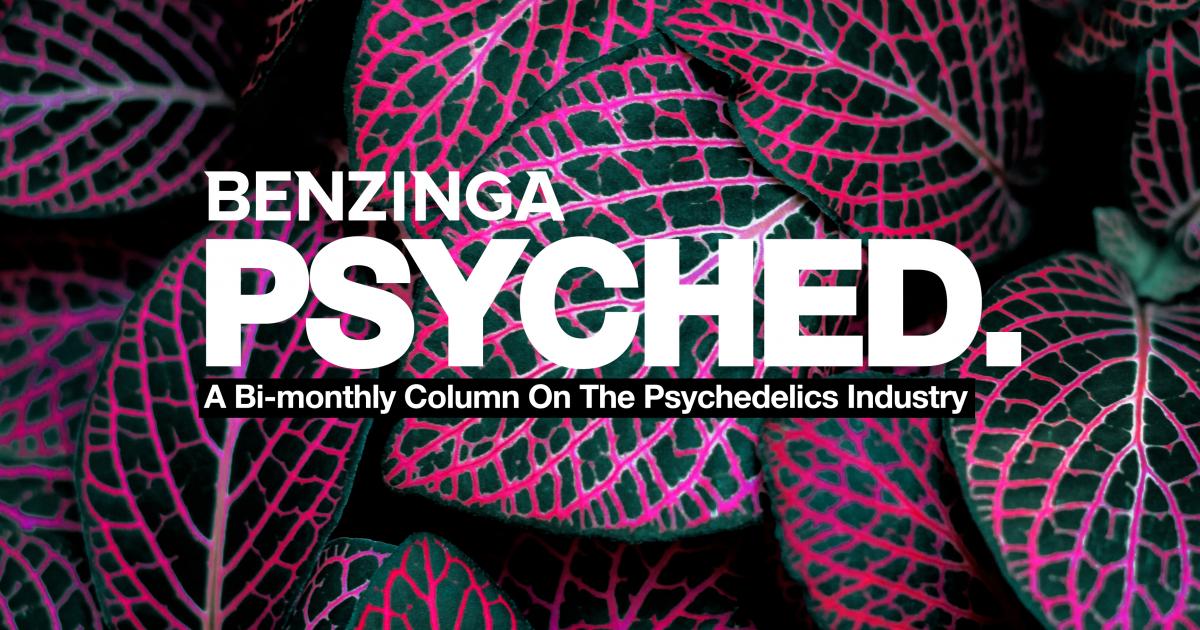 Psyched is a bi-monthly column covering the most important developments in the industry of medicinal psychedelics. We hope you follow us periodically as we report on the growth of this exciting new industry.

Cannabis company NewLeaf Brands Inc. (CSE:NLB) (OTC:NLBIF) announced a set of measures this week that mark a shift in the company’s focus to muhsrooms and therapeutic psychedelics.

On June 1, the company announced it will change its name to Mydecine Innovations Group Inc. and adopt a new ticker symbol, changing from "NLB" to "MYCO."

The name and ticker change is expected to take effect by June 5.

The company also announced June 2 that it will move to a new 7,500-square-feet mycology R&D and product development lab in Denver, Colorado.

The city is known for being one of the first to decriminalize psilocybin.

The company is undergoing a private placement led by Canaccord Genuity Corp. of up to 6,666,667 units which aggregate gross proceeds of up to CA$2 million ($1,489,406). The offering is expected to close by June 18.

The three-month Psychedelic Builders program has taken on seven participants — three in the exploratory phase — along with four startups.

The goals of the incubator are to take psychedelic and psychedelic-adjacent startups and provide executive mentorship, increase diversity and inclusion within the psychedelic industry, and develop infrastructure for entrepreneurs who won't have access to traditional capital, the company said.

The firm is taking applications for its fall 2020 program at psychedelic.builders.

The conversation will be held online on Monday, 8. Free registration can be done vía this link.

The executives will discuss “the latest in psychedelic research and investment, how artificial intelligence is helping drive next generation drug discovery, and most importantly – how the patient experience will be transformed by these incredible medicines.”

“But we have to remain focused, mindful, and organized in this final stretch. There’s still so much left to do.”

On May 27, neuro-pharmaceutical and psychedelics research company Mind Medicine Inc. (NEO: MMED) (OTCQB:MMEDF) announced the inclusion of the psychoactive compound MDMA in its R&D pipeline.

The move comes as part of the company’s exclusive collaboration agreement with the University Hospital Basel’s Liechti Lab.

“We are most interested in how MDMA can be combined with other medicines or psychedelics and plan to focus our R+D funding on developing this concept further for patients,” MindMed CEO JR Rahn told Benzinga.

PsyBio will sponsor Miami’s research into developing a platform technology that enables the biosynthesis of psilocybin and other psychoactive molecules, which are usually extracted from naturally occurring fungi and plants. As a result of the deal, the university will grant PsyBio with a global exclusive license to the technology resulting from the research.

"Our collaboration with PsyBio Therapeutics will enable us to not only speed up the development of new bioactive compounds in the lab, but also facilitate the realization of our ultimate goal – the commercial development of a pharmaceutical product that can help those struggling with mental health disorders," said Dr. J. Andrew Jones, a faculty member in Miami's Department of Chemical, Paper, and Biomedical Engineering who also serves as the chairman of the scientific advisory board at PsyBio.

The production methods researched by the parties could lead to more cost-effective ways of mass-producing psilocybin and other tryptamines, without the large extensions of land usually required to produce them from natural hosts.

Health care technology company Ehave, Inc. (OTC:EHVVF) announced on June 5 it has signed a letter of intent to acquire 51% of MDLink, a Jamaica-based telemedicine provider with over 10,000 customers, which is licensed in all CARICOM countries.

Ehave plans to use MDLink Mental — the company’s mental health division — to take advantage of the growing medical tourism and psychedelic retreats in Jamaica, where psilocybin has a legal status.

Vancouver-based holding group Organic Flower Investments Group Inc. (CSE:SOW) (OTC:QILFF) has announced the launch of a new committee formed with the intention of investigating investment opportunities in the psychedelic space.

The decision is a new example of the growing interest from cannabis investment firms in the growing industry of medicinal psychedelics.

Canadian cannabis and psychedelics research company Numinus Wellness Inc. (TSXV:NUMI) announced on May 20 its debut on the TSX Venture Exchange under the symbol "NUMI."

The company also purchased a therapy center in Vancouver in 2019, though local regulation does not yet allow for psychedelic treatment on the grounds. Numinus plans to begin treating once permission is granted by regulators.

CB Therapeutics Moves Forward With Biosynthesis Of DMT From Yeast

California-based biotechnology company CB Therapeutics Inc. announced June 3 that it has achieved a new milestone in the production of biosynthetic DMT from the yeast fungi.

DMT is a psychedelic tryptamine compound found in plants native to South America. The compound is the hallucinogenic source of Ayahuasca, a known shamanic concoction.

The molecule is highly regarded for its capacity to produce short-lasting, intense hallucinogenic experiences of less than 1 minute and is poised to help the advancement of mental health treatments.

The company said it achieved the first successful biosynthesis of DMT and related tryptamine-based compounds in yeast, and proceeded to file a patent on their biosynthetic production process.

CB Therapeutics said the resulting compounds were more pure and less expensive to produce than those extracted from plants using existing chemical and biosynthetic techniques.

“These analog compounds are very similar to their natural counterparts and may prove to be more effective, targeted and safer for specific therapeutic purposes,” the company said in a press release.

Graphic based on Unsplash photo.