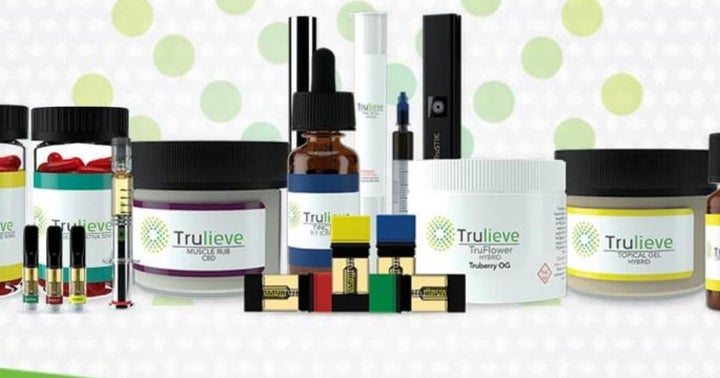 This conversation between Trulieve, Kings Garden, The Valens Company and Zuber Lawler comes from Benzinga’s Virtual Cannabis Capital Conference that took place on June 1. Click here for more coverage of this event with presentations from some of the top CEOs, investors and lenders in the cannabis space.

From regulatory restrictions to vaping to legalization and to being labeled as an essential business during a time of crisis, the need to adapt in the cannabis industry is essential.

Brand Building Inside And Outside Of Cannabis

For some companies like Kings Garden, brand building is essential.

A main focus for the business is figuring out what it is as a brand and matching that with what consumers wanted, said Lauri Kibby, co-founder and CFO of Kings Garden.

For Trulieve Cannabis (OTC:TCNNF) Chief Sales Officer Tim Morey, having a physician engagement team contributed to the building of the brand by working with new consumers to educate them on the plant and working directly with patients.

Everett Knight, executive vice president of Valens Groworks Corp (OTC:VLNCF) said the way to build a brand in Canada is by differentiating.

This requires a lot of analysis on the front end to create a customized experience for customers, he said.

Moderator Tom Zuber, managing director at Zuber Lawler, asked the panel to discuss the reasons for their success.

Having focus and knowing what you're good at are key, said Knight.

Kibby had a similar answer about King Gardens' success.

“And our firm, firm belief is that to grow a quality product requires focus and you can’t divert your attention from that.”

This belief ties into Kings Garden’s choice to stay private, even amid the growing pressures to go public, she said.

“We believe that the future of the market is such that if you’re really good in your market there will be opportunities to expand without having the management and cost infrastructure required to be in [multiple states].”

Morey said Trulieve also believes in focus. Business is not about jumping out and grabbing opportunities at the wrong times, he said.

The key to profitability and being positioned in a good seat is making sure that every decision is a good one for the long run, the CFO said.

As a company headquartered in Florida, what helped Trulieve to pivot quickly was the company’s preparedness team, Morey said.

The team was already established due to the frequent hurricanes that Florida experiences and proved extremely helpful during COVID-19, the CFO said. The team was able to enact new technology to take a tough time and build it into a momentum builder, said Morey.

“These times if you use them appropriately and assess the challenges, you gain a lot of efficiency and you become much better and stronger as a business,” he said.

The company already used masks, gloves and goggles in their day-to-day work; the question became one of how to reorganize the way the team worked so they were following social distancing protocol, she said.

The lockdown forced the company to look at its systems internally and see if there were any improvements that could be made. One change that was made was to work shifts, which increased the company's production.

“Our company has actually grown during all of this,” Kibby said.

Valens' Knight said the crisis has put much in perspective for the cannabis industry — and its resiliency.

“We’ve always theorized about cannabis being recession resilient like alcohol. But during this period of time we’ve really seen that happen, and not just pantry stocking — it’s not just that. People are consuming it more and more, and I think that speaks to the longevity of the industry,” he said.

The Benzinga Cannabis Capital Conference, renowned as the premier gathering of cannabis entrepreneurs and investors in North America, returns October 14-15 to New York's Marriott Marquis for another edition, recharged with an impressive list of speakers. read more

California Says Yes To Smokable Hemp And No To Delta 8 ― Cannabis Daily October 8, 2021

Start The Day With The Best Daily Pre-Market Overview Of The Cannabis Space LA Sheriff's Department budgets $5 million to support the eradication of illegal marijuana grows. California legalizes smokable hemp and hemp in food products but bans the sale of delta 8. In today's episode we covered the following public companies: read more

Need Media Coverage For Your Cannabis Company? Meet The Top Mainstream Journalists At This NYC Event

The next iteration of the famed Benzinga Cannabis Capital Conference will gather industry insiders and investors from around the world once again on October 14-15 in New York City. read more