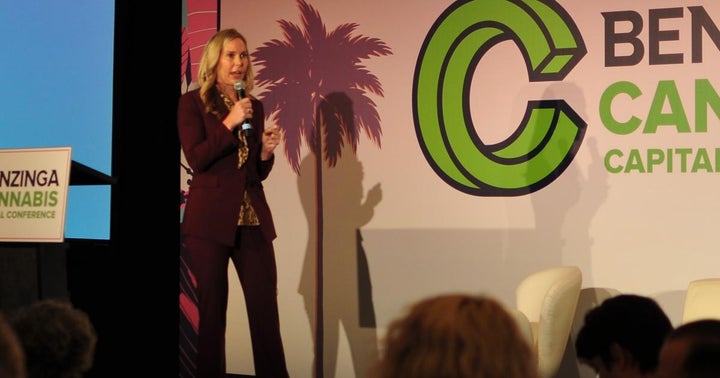 It’s a long way from Trulieve’s beginnings five years ago with a staff of 10. But co-founder and CEO Kim Rivers has a message for the cannabis industry: it’s early.

“This is not dot-com. This is not where we have no barriers to entry, we can mass-market [and] anyone can access our products and services without any regulatory framework,” Rivers said Monday in a keynote address at the Benzinga Cannabis Capital Conference at Fontainebleau Miami Beach. “This is the opposite of dot-com.”

Marijuana is a “tremendous opportunity,” and successful companies in the space know who they are, have defined their business and communicated it to their customers, Rivers said, comparing them to restaurants with simple menus that are done well.

“There are so many folks who are trying to do it all.”

The CEO gave the example of Cookies, which she said first defined itself as a flower-based premium brand in California and then brought that business model to other markets.

“Find your business. Define your core. Get your team. Rally around that. Don’t be afraid to say no,” she said.

Rivers: ‘The Demand For Cannabis Is Immense’

When Trulieve opened its first store in Tallahassee in 2016, the company medically transported the first patient from three hours away to make its first sale, Rivers said.

On day two, “we realized we didn’t have anybody to sell to.”

At Trulieve’s store openings earlier this month, she said customers waited in lines that stretched around the corner.

“The demand for cannabis is immense and it’s not going anywhere.”

Cannabis executives should get out into their market and interact with people, the CEO said: “if you have retail locations, work the counter.”

It’s a time of living within one’s means in the cannabis industry, Rivers said, adding that there are plenty of examples of great companies that got in over their heads.

“You can be the king or queen of your core business, grow it over time and do it the right way, and you’re going to be sitting so pretty compared to some of these folks who got over their skis.”