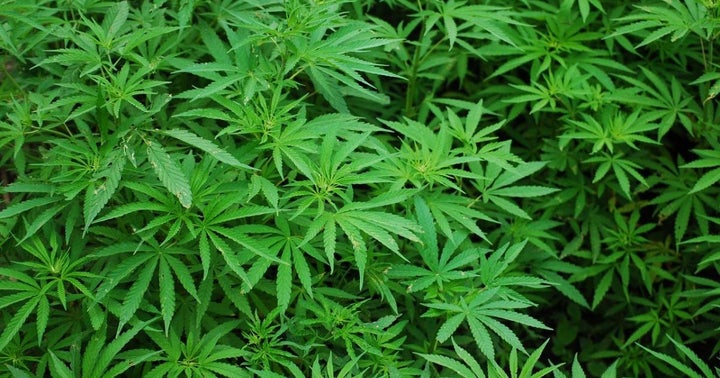 In doing so, Illinois became the latest to serve as an example of how state's fair after expanding to include adult use sales.

The Priorities For Cannabis In Illinois

While most agree that it is too early to assess adult use's effect on the medical market, initial supply issues have highlighted Illinois' prioritization of medical patients.

In the years since Illinois began its medical program in 2014, it has been plagued with complaints about a the slow expansion of the list of qualifying conditions and other patient restrictions.

The medical market in Illinois was slow to get off the ground, due in large part to restrictive qualifying conditions, expensive patient licensing fees and onerous background checks and fingerprint requirements for patients, said 4Front Ventures Corp (OTC:FFNTF) President Kris Krane.

"Thankfully, these were all changed over the last year, resulting in a more than doubling of the patient count in 2019, from around 40,000 at the start of the year to over 85,000 by the end."

A Timeline Of Cannabis In Illinois

By June 30, 2018, the total amount of licenses approved during the program's lifetime reached roughly 40,000.

Since then, the state has rolled out measures to expand patient access. These include changes to the state's Compassionate Use of Medical Cannabis Program in August 2019. The state added 12 qualifying conditions to the list, including autism, chronic pain, anorexia and ulcerative colitis.

Illinois had approved approximately 76,000 patient applications as of June 30, 2019.

"While Illinois' medical cannabis program took some time to ramp up largely due to early restrictions for patients, now a wide array of patients can purchase many different products from several different cultivators in each dispensary," said Eric Berlin, co-chair of Dentons' U.S. cannabis law group.

In the first 31 days of legal adult use sales, statewide sales totaled $39,247,840, according to the Illinois Department of Financial and Professional Regulation.

In total 972,000 items were sold during the period, with $8.6 million in sales coming from out-of-state customers.

Respondents in several cannabis sectors, including dispensaries and facility construction, reported what they consider to be positive growth for their businesses.

In the construction space, Andy Poticha, principal at Northbrook-based Cannabis Facility Construction, said contracts have ranged between $100,000 and $14 million. While business is good, opportunity lags for certain entrepreneurs, he said.

"Producers are able to sell everything they produce at robust wholesale prices," Krane said.

"This does keep prices higher for medical patients however, especially as producers have struggled to keep pace with the expanding patient population."

'A Lack Of Diversity'

One of the most high-profile issues in Illinois is a lack of diversity and social equity in ownership and stakeholder positions at cannabis companies in the state, Krane said.

That said, the state appears to be making headway in changing course.

Recent reports suggest that applicants approve of efforts to provide social equity applicants with financial expertise and other support.

Overall, most appear to believe that current regulations adequately serve both patients and businesses. Such adequate coverage includes a state mandate where retailers hold a certain amount of product from the adult use market to ensure medical patients are adequately covered.

Such rules can create issues like the adult use product shortage, which could last for roughly a year.

"In comparison to other states that have legalized the use of medical cannabis, Illinois has some of the strictest regulations for the operation of cannabis cultivation centers, processers, and dispensaries," said Chicago-based attorney Peter Shepard.

The Laws On The Books

The regulations — combined with difficulty in securing capital and real estate — have led to a significant medical cannabis shortage, Shepard said.

Despite assertions that supply issues won't affect patients, some patients claim a decline in quality and supply have occurred for months as cultivation centers try to meet the demand of both markets.

CFC's Poticha said state suppliers are stretched to their limits.

"Despite the regulatory environment's emphasis on the needs of patients, there simply isn't enough raw cannabis to meet both recreational and medical demand."

The issue could be exacerbated by the increase in demand for medical cannabis licenses. The rise in applicants is believed to be spurred by the benefits medical cardholders have, which include 30% fewer taxes and line prioritization at stores.

Growing pains in the market are expected in maturing markets, and most appear confident that Illinois will continue its growth. While the state addresses supply issues, it continues to make strides for its consumers. On Jan. 23, lawmakers approved the state's first public consumption site, which is slated to be connected to a Springfield dispensary.

In the coming years, the state's medical market is likely to trend down, according to BDS Analytics.

What You Should Know About Illinois' Updated Medical Marijuana Rules