Understanding The European Appetite For CBD 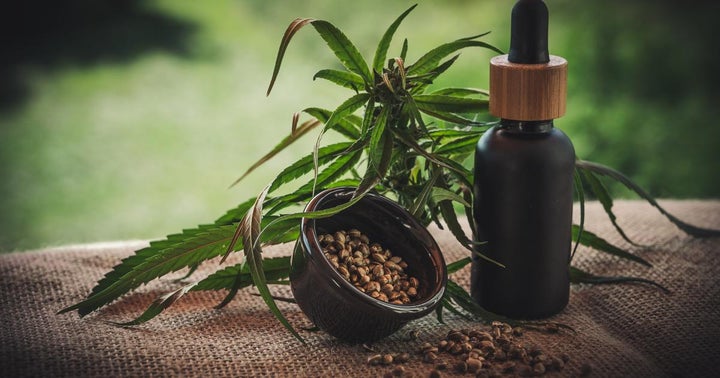 The EU CBD Consumer Report: 2019 Overview represents the most comprehensive such survey to date, factoring in the attitudes and activities of more than 3,000 self-reporting respondents across 17 European nations/regions. The findings illustrate Europeans' awareness of, exposure to, and choices regarding CBD, while cataloging some prevalent regional or continent-wide beliefs about the properties of, applications for, and policies about the chemical compound.

As the world's largest CBD extractor, Mile High Labs is expanding its customer base across Europe and beyond, while consistently promoting its calls for better consumer protections. Christian Hendriksen, the company's vice president of international expansion, appreciates both the vast potential of the European market and the industry's responsibility to respect it. "I see on a daily basis how the market is growing. This growth is happening, and will not slow down, so it's imperative that consumers are protected."

The widespread appeal of CBD as a health-and-wellness aid resides largely in its perception by consumers as being a plant, and by extension an ostensibly more natural, less harmful replacement for over-the-counter (OTC) and prescription drugs, or even for alcohol.

"Given the enthusiasm around CBD products, and their position in the growing health and wellness marketplace, potential consumers are increasingly open to incorporating CBD into their own self-care regimens," noted Research Analyst Josh Adams of New Frontier Data. He added that "brands would be well-served in educating consumers who have yet to try CBD about the benefits and values of these products through targeted messaging and wellness-related outreach"

CBD has been scientifically identified as a possible option for treating different types of chronic pain. As a study published in the European Journal of Pain detailed, CBD applied on the skin (using an animal model) could help lower pain and inflammation due to arthritis. Another study demonstrated the mechanism by which CBD inhibits inflammatory and neuropathic pain, two of the most difficult types of chronic pain to treat. While researchers said that further study is needed to substantiate CBD proponents' claims of CBD for pain control, the outlook seems promising.

The business outlook, too, is thus favorable. For example, the European Commission has calculated that its silver economy — i.e., spending by people aged 50 years old and beyond — will reach €6.4 trillion by 2025 (up from €3.7 trillion in 2015), and represents nearly 40% of the continent's jobs created. Most statistical measures confirm that Europeans enjoy both longer and healthier lives. To the extent that they incorporate CBD in them, the industry's bottom line will be healthy, too: Last week at the National Retail Federation's annual convention in New York, a consumer study reported that the CBD industry saw a 700% increase in demand throughout 2019.

The EU (and Switzerland), combining for more than 520 million people, represents the world's second-largest CBD market after the U.S. The E.U. CBD Consumer Report: 2019 Overview is the first of a series of New Frontier Data reports on the European CBD market, to examine the changing attitudes of consumers and the general public through comparison of eight subregions within the European market. Among its findings:

Respondents who had not consumed or purchased CBD were asked about their potential interest in and use of CBD products. A majority (56%) indicated some degree of curiosity in trying CBD, while 44% were indifferent.

Among potential CBD consumers, a solid majority (55%) indicated being unlikely to try a CBD product in the following six months, while nearly one in five (18%) reported being likely to do so. When asked whether they would try CBD were a product offered by someone they trust, their reported likelihood doubled to 37%. Still, nearly half of nonconsumers (48%) indicated being unlikely to do so.

The higher probability of trying CBD if offered by a trusted source further underscores the important role that friends and family play in influencing consumers' decision to try it.

When asked why they had abstained from using CBD, those not having tried it indicated their having no interest in the product (26%). That reason was closely followed by either not knowing enough about CBD (25%), having no medical need (20%), or simply seeing no reason at all (20%).

Among potential consumers asked whether they might consider trying CBD, the most cited motivation was pain management (33%), echoing that most popularly cited (40%) among current consumers.

Predictably, there was limited brand recognition reported among those who had not previously bought CBD. No brand exceeded a reported 10% likelihood for purchases among that cohort. Notwithstanding, brands cited for the highest potential share of those respondents (approximately 7%) included both Nordic Oil and Natural Oil and Fibers.

Potential CBD purchasers were likewise asked about a range of factors that could influence their decision-making about whether to purchase CBD products. Top purchase influencing factors include dosing information (84%), price (83%), CBD per serving (82%), and lab testing results (82%). Less important factors include celebrity endorsement (31%) or label design (32%).

Non-purchasers were asked to rate factors which might influence their choices among sources for CBD. Such factors include the quality of products available (84%), being able to ask about products (78%), receiving advice or consultation (77%), and doctor recommendation (76%).

Two of the top three factors influencing decisions around sources for purchases suggest that consumers are still relying heavily on their respectively preferred sources to educate/inform their decisions. For brands and CBD retailers, the dynamic highlights the commercial value of keeping a well-trained staff to discuss the effects and applications of CBD, as well as about the specific applications and outcomes of the products carried. Well-informed and effectively delivered educational content can be an important differentiator as the CBD environment becomes more crowded.

The question is whether CBD is merely an ingredient for the moment or if there is something larger going on that will sustain its momentum farther into the future.

Among other findings: The likelihood of future purchase — 18% of those who have not yet consumed/15% of the whole sample said it was likely they would try CBD for the first time in the six months following the survey. Most of them said they would get it from retail outlets (38% online specialty store, 37% pharmacy/drugstore, 28% major online store) as opposed to informal sources like friends (18%) or family (10%), which means that the formal European market seems destined only to grow.