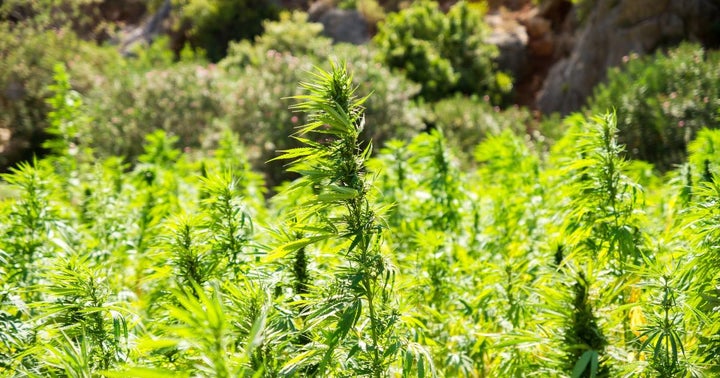 While the first full year of America's federally restored domestic hemp industry began with U.S. farmers energized by enthusiasm for seemingly limitless commercial possibilities, by its end a host of practical realities had dampened many of their outlooks.

Passage of the 2018 Farm Bill the previous year motivated unprecedented cultivation: Nationwide, awarded licenses for hemp cultivation in 2019 surpassed a half-million acres (i.e., 200,000 hectares), or some 450% beyond total acreage in 2018. Unfortunately, many neophytes were stung by logistical barriers characterized by a lack of mature infrastructure (i.e., a lack of testing labs and processing facilities, etc.) which resulted in ruinous bottlenecks along the supply chain.

Other farmers found their crops afflicted by a more traditional nemesis: mold.

Though hemp is more resistant to pests and disease than other crops, it is not immune to them. Risks of mold are particularly keen for hemp cultivated solely for CBD extraction, since those plants' cultivated buds can easily absorb and retain moisture. For example, in Oregon last year, a bout of late-season rainfall caused an outbreak of mold which resulted in millions of dollars' worth of damage to crops.

There are several tactics available for hemp cultivators to defend their crops. For those cultivating hemp for CBD extraction, the surest is to grow one's crop in a greenhouse.

While outdoor cultivation is much cheaper than operating a climate-controlled environment, Mother Nature can be captious: Changes in humidity, temperature, or precipitation can each spur development of mold on crops.

When cultivated indoors, plants should be kept at least 10 feet away from a wall to prevent contamination, with air properly circulating to prevent mold build-up. Any infected plants should be quarantined. HVAC (heating, ventilation, and air conditioning) filters should be replaced monthly, with HEPA (high-efficiency particulate air) filters installed along with UV lights in the HVAC systems to reduce contamination. Anti-microbial flooring is another worthy consideration.

When curing hemp, the use of dry, airtight containers and oxygen-absorption packs is recommended, as are periodic check-ups for moisture build-up. The better that hemp is cured and stored, the less likely that it will become infected with mold.

Beyond those measures, hemp cultivators should note that the Environmental Protection Agency recently approved pesticides identified for hemp cultivation, including several fungicides.

As the Hemp Business Journal outlined last fall, such substances are considered biopesticides by the EPA and are "tolerance-exempt," which means there is no amount of the pesticide's active ingredient which is regarded as harmful to humans.

No amount of regulations or changes in technology will eliminate all risks of mold. However, by remaining cognizant of moisture levels, environmental temperature, and by investing in the right equipment, cultivators can ensure that their crops are protected while minimizing risks of damage done by any development of mold.

Image by chrisbeez from Pixabay