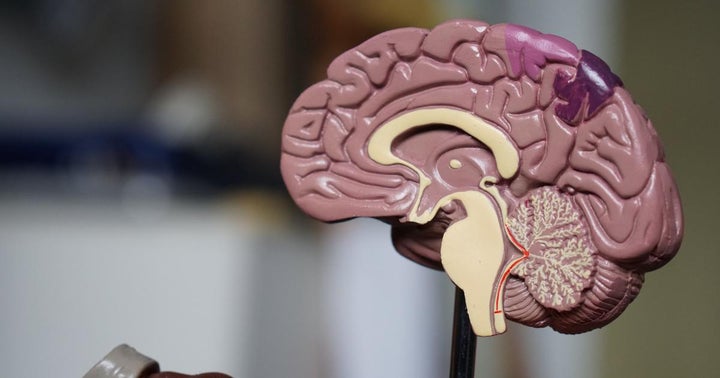 MindMed is a psychedelic research company that’s developing non-hallucinogenic medicine from psychedelic sources. The company has also welcomed Linton to its board of directors.

The 53-year-old entrepreneur told Benzinga he plans to spend 2020 searching for new business ideas and will start a new business in 2021.

From Cannabis To Psychedelics

Linton has long found the psychedelics sector to be compelling, Linton said.

“Prohibition or poor regulatory frameworks globally don't mean that the underlying regulated substances are in fact terrible. The therapeutic potential of psychedelics is greater than cannabinoids, for sure.”

Supporting a company developing psychedelic substances for medicinal purposes is the best way to rediscover the therapeutic potential of certain plants and mushrooms that have long been banned by the FDA, he said.

"The whole point of this exercise is to build a large platform company that welcomes many, many research projects … and turns them into finished outcomes that create therapeutic benefit," Linton said in reference to his involvement with Mind Medicine.

Once the therapeutic properties of psychedelics in treating conditions like ADHD, opioid addiction and severe depression are acknowledged, their histories of prohibition will be irrelevant, the cannabis exec said.

In that sense, the process for legalizing these substances is similar to cannabis, he said: a change in public perception is the main tool in fighting prohibition.

"At the end of the day, we're having the same conversation, with the same cohort."

Mind Medicine And The 18-MC Molecule

Mind Medicine is researching the psychiatric potential of LSD and 18-MC, a synthesized version of ibogaine that is showing promising results in the treatment of opioid addiction.

Kevin O’Leary, co-host of ABC’s "Shark Tank," is among the company’s investors.

Rahn, who has a tech background, decided to focus his entrepreneurial efforts on psychedelics after seeing many of his Silicon Valley colleagues microdosing LSD and other psychedelic compounds to increase focus and performance.

After researching the environment, Rahn said he decided to focus on the 18-MC molecule because of its promise in treating opioid addiction.

In 2013, the National Institute on Drug Abuse awarded a $6.7-million research grant to a pharmaceutical research company, Savant, to subsidize preclinical development of 18-MC for the treatment of obesity and substance use disorders.

“I co-founded the company with the Savant CEO. Savant sold the 18-MC program to MindMed in a share deal. Savant’s entire team has joined MindMed and is 100% focused on MindMed now. We used that money to do all this preclinical work and conduct a Phase 1 trial in humans to demonstrate that it was safe.”

Rahn said his company aims to go public on Canada’s NEO exchange in the first quarter of 2020, although the details are definitive.

The Benzinga Cannabis Capital Conference is heading to Miami Feb. 24-25 for its sixth installment. Click here to learn more.

In recent years, psilocybin — the psychedelic molecule derived from magic mushrooms — has been shaping up to be the star compound in the psychedelic revolution of psychiatric treatment.

Psilocybin research is paving the way to psychedelic treatment in general and the development of psychedelics as an industry, Rahn said.

Yet he’s placing his trust in the possibilities offered by 18-MC as a non-hallucinogenic psychedelic taken in microdoses.

The path to commercialization for the compound is financially unclear and difficult, he said. In Linton's view, commercial success relies on the possibility of modifying the original compounds.

"It's a very difficult molecule to alter. But there are a variety of other psychedelics that can be amended structurally to reduce their hallucinogenic effect, or they can actually have dose metering technologies that allow for well-structured delivery," he said.

"That to me gets to be very interesting commercially."

The definition of microdosing has yet to be standardized.

One approach would be to consider a "micro" dose of psychedelics to be one that's so low a hallucinogenic effect cannot be perceived, yet a therapuetic effect is achieved.

Yet as multiple scholars stated in a review paper on the subject, "there is no agreed scientific consensus on what microdosing is."

Linton is well aware of this fact.

"What’s micro?" he asks rhetorically. "How are you actually managing the dose? What's the frequency on micro? What are the primary indications that you're using it against? And what's the baseline of efficacy compared to other medicines? All that work is undone."

For Linton, the lack of knowledge on the subject is more of an opportunity than a drawback.

"That means this is a bad idea currently because we have to do the work to show that’s a great idea. If it was already a great idea, that means everybody did all the work. I’m a big fan of investing in bad ideas."

Microdosing psychedelics offers vast potential not only in substance addiction, but also in the treatment of anxiety and adult ADHD.

The theory that this type of treatment can be dangerous to the heart — especially using substances like LSD and 18-MC — is unproven, Rahn told Benzinga.

"One of the things that we’ll be doing is rigorous science and a Phase 2 clinical trial to demonstrate if there are issues relating to the heart or not. Because there are  theories that it might — but there's been very little rigorous science on the microdosing subject."

See Also: Bruce Linton On His Next Steps, Says 'I'm Cheering For Entrepreneurs'

The Future Of The Psychedelics Industry

The pharmaceutical industry will be especially interested in psychedelics, Linton said.

Pharmaceutical companies need a pipeline of drugs that address mental health conditions and addiction, he said.

Rahn said there's a lack of investment in addiction medicine.

"On the opioid market, there’s Suboxone. There are studies that demonstrate that it has a 90% failure rate. That's not good. We're not going to solve the opioid crisis that way."

For Linton, the debate around whether psychedelics have an effective impact on humans is no longer relevant.

"Humans have been using [psychedelics] for 3,000 or 4,000 years. Listen, if you don't think it does have an effect, then please go have an acid trip and tell me how it didn't affect you,” he said. “What I want to know is what amount, in what way, to get what outcome?"