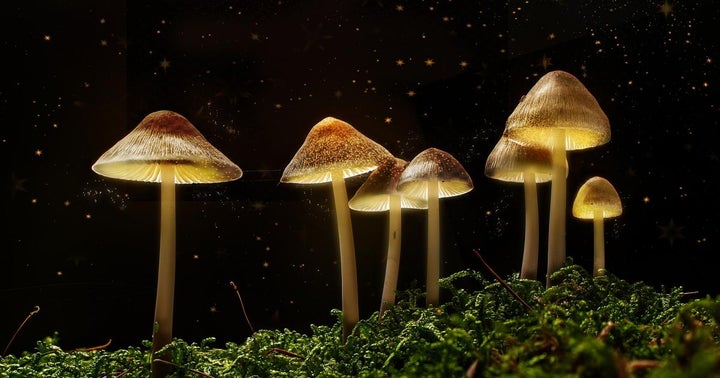 With a growing public acceptance of cannabis in society, there's a natural instinct to wonder about the possible health benefits and market potential of other still-illegal substances.

“To me, all the psychedelic stuff, it's just prohibition 2.0,” Bruce Linton, cannabis entrepreneur and former CEO of Canopy Growth Corp (NYSE:CGC), said in a recent conversation with Benzinga.

Linton recently invested in and joined the board of Mind Medicine Inc., a company doing FDA-approved trials on LSD and MC-18, a psychedelic molecule derived from ibogaine, to treat opioid addiction.

Cannabis might be a gateway drug after all, but not in the way it was presented during the war on drugs. The gateway might actually lead to the treatment of illnesses with naturally occurring compounds, and ultimately to commercial success.

Over 200 species of mushrooms have been identified that contain psilocybin.

Although “magic mushrooms” have found traditional use by humankind for thousands of years, dating back as far as 9,000 B.C in North Africa and the Iberian Peninsula, they entered western society in the 1950 at the hand of scholars looking to research their therapeutic applications in psychiatry.

Swiss chemist Albert Hofmann, the “inventor” of LSD, first isolated the active molecule psilocybin from its natural state in 1957 while working at Sandoz Laboratories.

The first half of the 1960s saw a number of clinical studies, famously led by Timothy Leary at Harvard University, that began to explore the compound’s application in psychiatric treatment.

The research was halted in 1970 with the scheduling of the drug by the FDA, and formal research was not resumed until the late 1990s.

With researchers closing in on the third decade of the "second wave" of psilocybin research, a consensus on the strong clinical potential of the compound is building among experts in psychiatry and psychopharmacology.

In the past decade, various universities and research institutes have published landmark studies depicting successful applications of psilocybin in the treatment of anxiety disorders such as OCD, addiction to alcohol, tobacco and opioids, treatment-resistant depression, PTSD and chronic migraines.

Related: Top 10 New Studies On The Effects of Marijuana

Last year, researchers at John Hopkins University released a study analyzing the compound’s abuse potential, concluding that it should be rescheduled to Schedule IV, where most prescription benzodiazepines can be found.

Psilocybin is a Schedule I narcotic, meaning the DEA considers it a drug with high abuse potential and no healing characteristics — the same category as heroin.

Despite its federal scheduling, some jurisdictions have started to decriminalize psilocybin and psilocybin mushrooms.

In May, Denver voted to make possession of mushrooms a low law enforcement priority and forbid the city from spending public resources on possession charges.

One month later, Oakland voted to end criminal penalties for the use and possession of psychoactive plants and fungi on the basis that the substances have valuable traditional and religious uses.

Chicago could soon be on track to becomethe next municipality to decriminalize psilocybin use.

Oregon could become the first state to end mushroom criminalization next year if the psi-2020 ballot passes.

In June, U.S. Rep. Alexandria Ocasio-Cortez, a New York Democrat, introduced a House amendment that would have made it easier for research institutions to study the compound; the measure was rejected in a House vote.

Why Psilocybin And Not Other Psychedelics Like LSD, Mescaline?

To better understand psilocybin and its potential as an industry, Benzinga spoke with Matt Johnson. Ph.D, a professor and researcher at Johns Hopkins University who heads the university’s Center on Psychedelic and Consciousness Research.

Johnson has been leading psychedelics research in psychiatry for more than 15 years and has collaborated in multiple clinical trials that served as the basis for the renaissance of psychedelics as a valid treatment option, along with Dr. Roland Griffiths and other experts.

“I don't really see psilocybin as special other than it's the first among equals,” Johnson said when asked if psilocybin has a significant advantage in psychiatric treatment over other psychedelics like LSD.

While there are hundreds of known psychedelic substances, Johnson said only a handful have proven safe in humans.

When researchers resumed psychedelics research in the 1990s, they faced a choice: either spend millions of dollars testing animal and human toxicology work for new substances, or choose among the short list of compounds that had been proven safe in the 1950s and 1960s, which includes LSD, mescaline, DMT and psilocybin.

Psilocybin was chosen because of its short duration effect — 2-4 hours versus the 12 average hours of an LSD trip — and the fact that it hadn’t been stigmatized as much as some of the other compounds popularized in the 1960s counterculture.

Although each psychedelic is expected to offer slightly different treatment, Johnson said he believes that they will form a class of compounds in the same way that benzodiazepines do today.

"We really need to do head-to-head comparisons of these drugs. The last head-to-head research was mainly back in the early '60s." 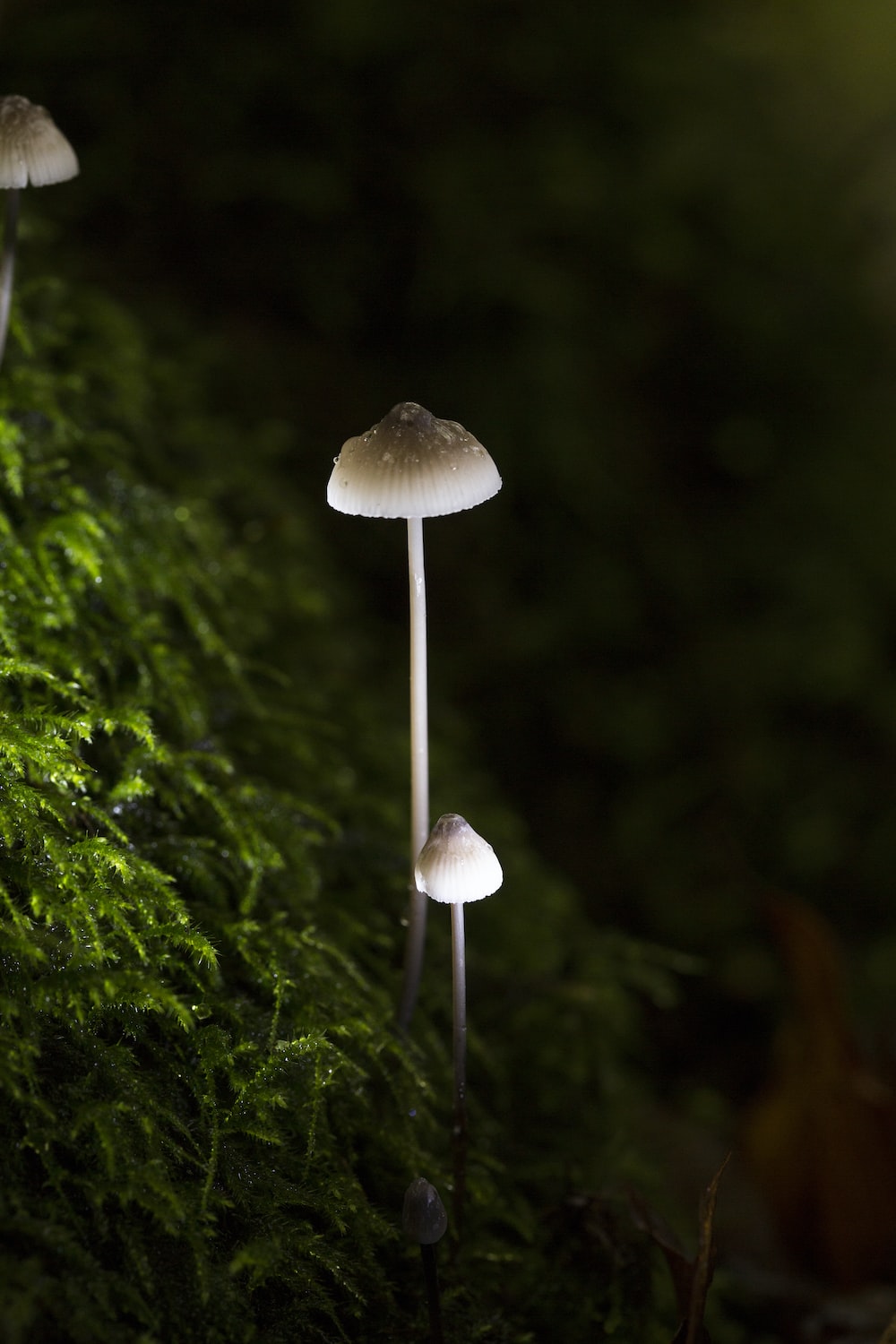 Photo by Diana Parkhouse on Unsplash.

The duo offered her and her family a pill of the freshly synthesized compound. The shaman is documented saying that the pills “really contained the spirit of the mushrooms.”

If psilocybin follows the path of cannabis in any way, the industry will invariably hit a point where consumers will wonder if a synthesized version of the compound is better than consuming the whole mushroom.

Srinivas Rao is chief scientific officer at ATAI Life Sciences, a biotech firm that is working on developing psilocybin therapy for patients with treatment-resistant depression through its portfolio company, Compass.

A big difference exists between mushrooms and purified psilocybin as an approved drug, Rao said.

“The former is a natural product that contains many substances in varying quantities. The latter is a pharmaceutical product produced under exacting methods to ensure purity, stability and potency.”

In the context of achieving FDA approval, a synthesized version of the drug is far more likely to succeed, he said.

The drug “is certainly more in the realm of standard FDA drug development which means pure compounds and well characterized chemical entities,” he said.

Aside from the regulatory framework, Johnson said a synthesized version of psilocybin could offer greater potential in psychiatric treatment.

Plant- or fungus-based medicine has potential, but it's a far more difficult road in terms of developing a product for the medical industry because of its inconsistency or unpredictability, he said, giving a simple analogy to highlight the difference between a substance's ultimate source and its medicinal form.

Most of the evidence found online is purely anecdotal and self-reported, which leads experts to believe that the potential benefits of sub-psychoactive doses of psilocybin and other substances could be a placebo effect.

Johnson, who delivers high doses of psilocybin to his patients at medical trials, said microdosing still needs more research in order to be accepted as a potential treatment.

“Very little is known about microdosing [and] we will be starting a study soon," he said. "Two laboratory studies that have conducted double-blind studies on microdosing have not shown benefits so far.”

Concerns exist within the medical community that microdosing substances like psilocybin and LSD on a daily basis could bring heart valve problems in the medium- to long-term, Johnson said.

Taking these facts into consideration, it’s likely the initial expansion of a possible psilocybin industry will be in high-dosage applications until proper research of microdosing has been conducted.

Leaving The Realm Of 'The Last Resort'

Today, the few patients in psilocybin treatment in a legal medical context are those who have tried everything else.

Although both Johnson and Rao said the compound could eventually be part of a first-line treatment, more research is needed to understand its full potential.

"Right now, the infrastructure to use such therapies as a first-line treatment really doesn’t exist. In short, this is conceivable, but we will first need to build an ecosystem around psilocybin-assisted therapy that includes clinics, therapist training, and reimbursement strategies," Rao said.

The Birth Of A Service Industry

“Unlike cannabis, psychedelics are a service, not a product. Without appropriate preparation, attention to medical well-being and a systematic approach to integration, there is great potential for harm to those with mental illness.”

Psychedelics offer the possibility of a different treatment model than the one proposed by today’s psychiatric paradigm.

Patients undergoing psychedelic treatment have individual sessions with the objective of having a meaningful experience that will get to the root of the problem, instead of taking one pill a day to combat symptoms.

Although this kind of treatment dynamic is uncommon in today’s psychiatric landscape, it is normal in mainstream medicine: surgical interventions, for instance, fall into this category.

As psychedelics research moves forward, a whole new industry could emerge parallel to the development of psychedelic products: treatment centers or dedicated facilities.

Treatment guides who accompany a patient through the experience will be needed, and they in turn will need to be educated and credentialed.

Is There A Recreational Market For Psilocybin?

Johns Hopkins' Johnson said he doesn't believe a recreational market for psilocybin will arise in the way one has for recreational cannabis.

Psilocybin is a strong substance that should not be consumed without the supervision of a qualified physician, he said.

“Given the potency of the substance in question, self-medication bears significant risks, as individual responses and experiences are varied and complex," he said, particularly for those without mental health issues.

People should not go to jail for using these substances, Johnson said, but as a culture, "we’ll need significant time and robust education to truly understand the risks of these substances — of which there are many.”

“The beauty of psychedelics as medicine is that you don't necessarily need to have an ailment in order to benefit from them. Psychedelics inspire us to re-evaluate what it means to be well — individually and collectively as a society — and to that end, there's an argument to be made about psychedelics for the betterment of well people, as much as they are a tool for healing.”