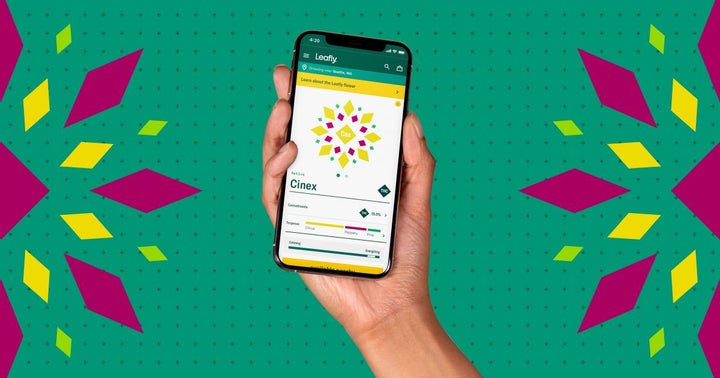 Cannabis information resource Leafly announced Tuesday the launch of a new brand for its website and mobile app.

At the same time, the company is developing a new visual system dedicated to helping consumers find the best cannabis strains for their preferences.

Moving Beyond Indica And Sativa

Benzinga spoke with Brandon Hensley, Leafly’s vice president of design, who lead the development of the new platform.

“We’re working to extend the knowledge around cannabis from ‘indica, sativa and hybrid’ into a new system that’s based on cannabinoids and terpene profiles. Generally people believe that indica have a more calming effect, sativa have a more energizing effect — but what we’re discovering is that [it] actually isn’t generally true.”

The exec is referring to one of the most basic product categorizations in today’s cannabis consumer markets. “Indica” and “sativa” are terms used to indicate the genetic variant of the plant from which the final product has been harvested. “Hybrid” means that the plant is a genetic cross between these two subspecies.

As consumers gain education and experience, industry professionals are starting to see the flaws in this three-sided paradigm.

This change in approach from Leafly’s platform was the reason for the brand’s re-styling, since its previous graphic system was based on the indica, sativa and hybrid trichotomy.

Len May, the co-founder and CEO of Endocanna Health, a company that offers personalized DNA testing for medical cannabis patients, recently told Benzinga the paradigm has become obsolete.

“We don’t believe in strains, we believe in ratios of cannabinoids and terpenes.”

"With the Leafly Cannabis Guide, our team of Leafly scientists and visual designers have distilled this all down to an intuitive visual language that will help people understand cannabis better and find the right cannabis for their needs, whether enjoyment or wellness," Leafly CEO Tim Leslie said in a statement.

Leafly’s platform is focused on pictorially describing each strain’s cannabinoid and terpene content. Circles equate to CBD content, while squares and diamonds signify THC. The bigger the shapes, the higher the content.

Colors are used to indicate each strain’s terpene content. The shapes and colors form a a flower-like graphic that gives consumers an immediate notion of each strain’s effect.

“The way we’re collecting data that we’re gonna feed into the system to create visualizations that are based on the chemical properties of the plant, is by partnering with trusted labs throughout North America,” said Hensley, who introduced the new platform to the public last week at the Hall of Flowers in California.

The company said it's strengthening its sources of information by combining lab-sourced data with more than 1 million customer-generated reviews.

Strain names don't have a lot of meaning and are often arbitrarily applied to products, Hensley said.

To combat misinformation from producers and retailers, the Leafly team developed a feature that allows consumers to manually enter the cannabinoid and terpene data published by the producing company to generate a visualization independent of the strain name.

Once the new visualization is inserted, users can look for strains with similar cannabinoid and terpene content.

To combat the possible differences that can exist between different batches of the same strains, Leafly is using aggregates from across all of their trusted labs. In doing so, the platform balances out the possible particularities of each individual plant by offering an “average” of that strain’s content throughout the country's dispensaries and cannabis shops.

“This is just the beginning for us, and we’ll continue building into the system as new data comes and new research is evaluated,” Hensley said.

Bernard Noble was sentenced to 13 years of hard labor in prison for the equivalent of two joints worth of cannabis. He ended up serving seven years before being released on parole in 2018.  read more

The streets of Mississauga are mean! That’s what Canadian mixed martial artist “The Spartan” Elias Michael Theodorou jokingly called his start in the world of professional fighting. After an informal fight in secondary school, Theodorou developed an itch for the sport. read more

As the world continues to contend with COVID-19, much about the virus remains uncertain, including its interactions with cannabis. In the early months of the pandemic, various studies linked pot to both adverse and beneficial results. The trend continues today, with little conclusively known about the cannabis-COVID medical connection if indeed there is one. read more

The Genetic Backbone Of The World's Best-Known Sativas: The History Of Haze Cannabis Strains