Holding Out Against Hemp: Seven States Slow For Reform After 2018 Farm Bill

Idaho’s state legislative session ended earlier this month with a tinge of disappointment. Despite overwhelming bipartisan support to legalize industrial hemp, the legislature was unable to pass a resolution to relax the state’s hemp ban. Adding to the frustration felt by hemp advocates was the shared inability of both the state’s House and Senate to approve measures legalizing hemp, as they failed to reconcile their competing bills.

That failure could prove problematic over the coming year: Aside from the lost opportunity to take advantage of the socioeconomic benefits afforded by legalization, there remains a heightened legal risk of transporting hemp through the state.

Though the 2018 Farm Bill made hemp federally legal, for the time being it remains codified as a Schedule I controlled substance under Idaho state law. At least one truck driver this year has been arrested by Idaho State Police for transporting hemp, yet charged with trafficking in cannabis. Until Idaho reconciles their laws, many consider the state a dead zone for the hemp industry.

Idaho is not the only state yet to reform its hemp laws since passage of the new Farm Bill. Six others still treat hemp as an illegal substance, including Iowa, Louisiana, Mississippi, Ohio, South Dakota, and Texas.

Here is a brief rundown of each of those, and their respective efforts being made to legalize hemp:

Iowa – Like Idaho, Iowa recently drew notice after state police arrested a truck driver and his security detail for transporting hemp. However, in that case, state officials ultimately determined that the cargo in question was indeed hemp, and charges were dropped. Hoping to avoid any similar incident, the Iowa state legislature has worked towards reform solutions. The state Senate has approved a measure legalizing hemp, and, according to Radio Iowa, the state House is likely to approve the bill this week. 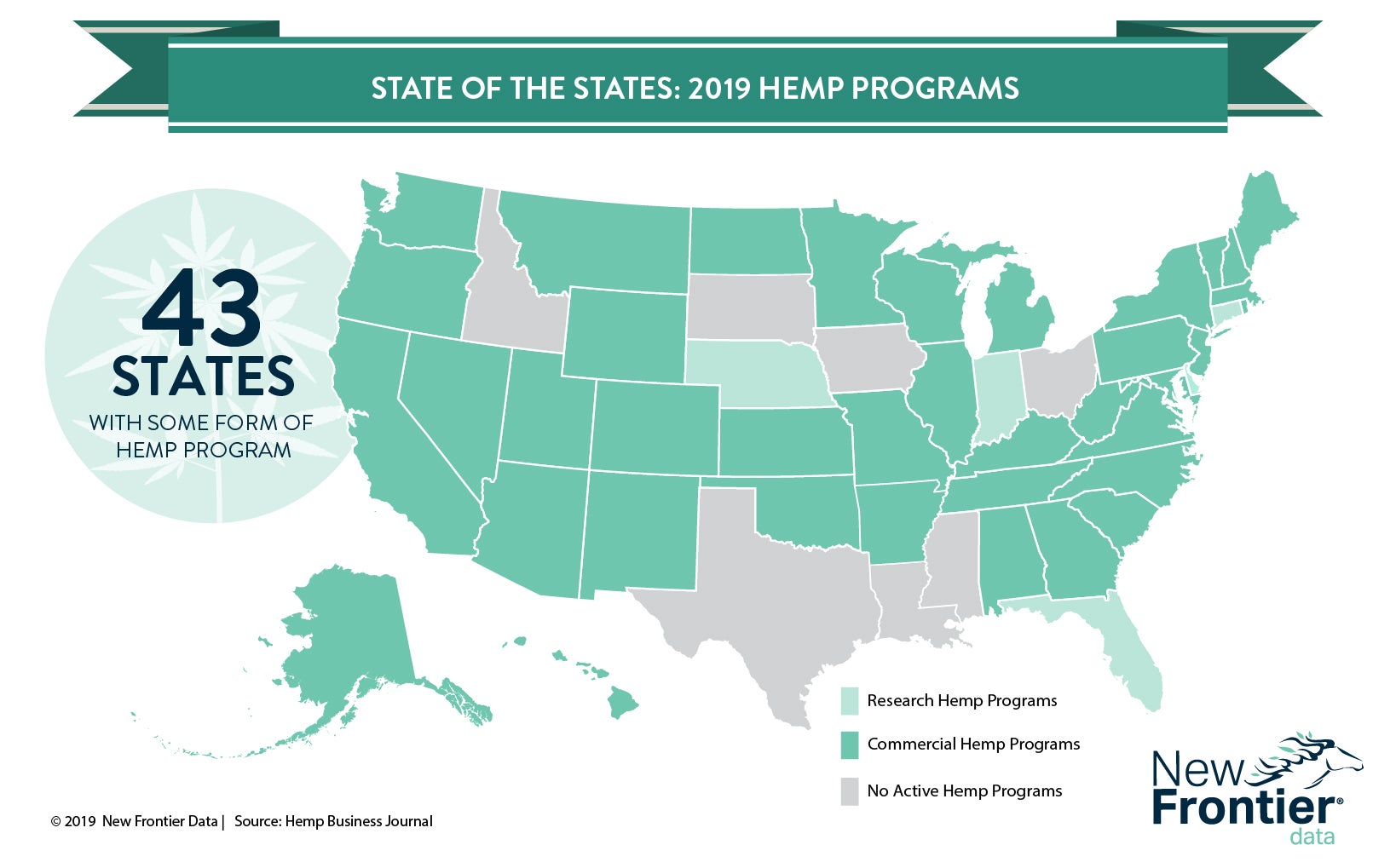 Louisiana – Currently, three bills aiming to relax Louisiana’s hemp laws are making their way through the state legislature. House Bill 579 would legalize hemp farming and place oversight with the Louisiana Department of Agriculture and Forestry. House Bill 560 would levy a 15% tax on retail sales of CBD and hemp products. House Bill 138 would remove hemp from the state’s list of controlled substances. It remains unclear to what extent each measure enjoys relative legislative support.

Mississippi – Hemp will not be legalized in Mississippi this year. Though one reform measure saw fleeting momentum in the legislature, it was ultimately defeated. Nevertheless, lawmakers have organized a 13-member task force aimed at studying the potential for hemp cultivation in the state, which notably took 33 years as the last U.S. state to legalize alcohol after the federal repeal of Prohibition.

Ohio – The Buckeye State stands a strong chance to pass hemp reform this year. Last month, a measure allowing for industrial hemp cultivation was unanimously passed by the state Senate. Though the state House has yet to take up the measure, Ohio’s legislative session does not end until December 31.

South Dakota – Hemp reform will not happen in 2019. After the state legislature approved a bill to legalize hemp production, Gov. Kristi Noem vetoed it as a perceived backdoor towards legalizing adult-use cannabis. Despite strong bipartisan support, the bill lacked sufficiency to override the veto.

Texas – Hemp cultivation is not yet legal in the Lone Star State, but it is on the cusp of being so. Earlier this month, the Texas Department of State Health Services removed hemp and CBD from its list of controlled substances, making hemp and hemp-derived products legal to buy or sell.

As the last of the state holdouts against hemp move toward reform, the Hemp Business Journal will monitor such legislative efforts.